Tokyo Tech's Futsal Club made history on February 24, 2016 by securing promotion to the 1st Division of the FFC College Futsal League with a 5-2 victory over Tokyo City University. 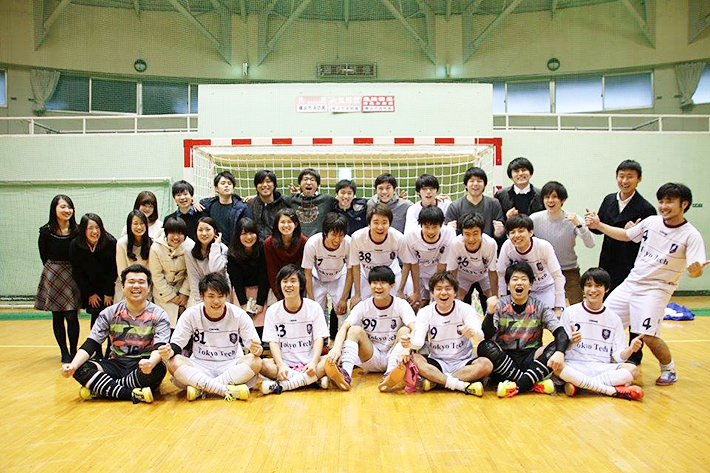 The FFC College Futsal League, the biggest of its kind in Japan, includes 55 teams from over 40 universities and colleges in the Kanto region. The 1st Division is made up of 12 teams, while the 2nd Division includes four groups, each consisting of 10 or more teams.

In 2015, Tokyo Tech finished the regular season with 8 wins, 1 draw, and 1 loss, topping Group D. Their victory over Tokyo City University in the promotion playoffs sent them to the top flight for the first time in the club's history.

Our goal this year was to secure promotion. At times it was tough, but thanks to the efforts of the whole team, we did it. I am overjoyed. We will work even harder next season and hopefully produce good results in the 1st Division.