Tokyo Tech's Graduation Ceremonies for academic year 2015 were held on March 28 at the Ookayama Campus. The ceremony for undergraduate students began at 11 a.m. Graduate students were honored at the 2 p.m. ceremony. Graduating students and their families attended the ceremonies along with President Yoshinao Mishima, members of the Board, deans, faculty members, and special guests. 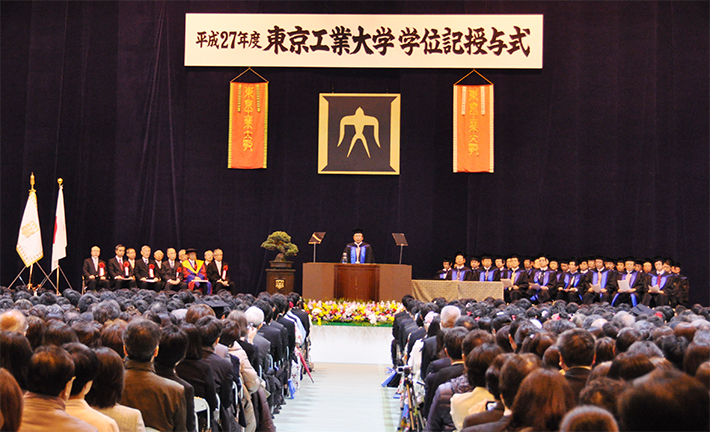 In his speech, President Mishima encouraged graduating students to embrace challenges with confidence and be active in today's diverse environment. He expressed hope that the fresh graduates would create and protect a sustainable society, and would contribute to building a peaceful world. 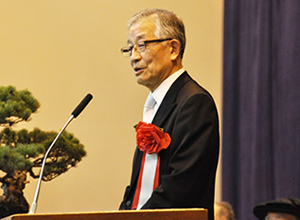 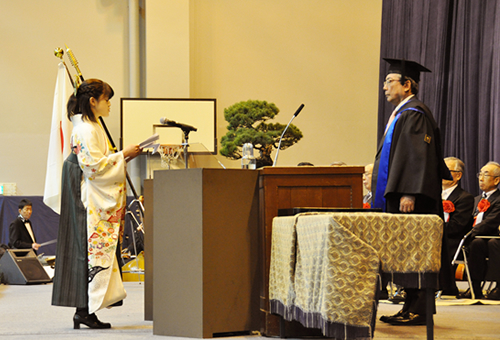 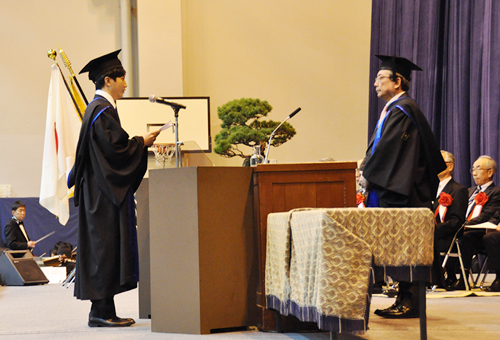 After the ceremonies finished on this gentle spring day, graduates celebrated by taking pictures in front of the Main Building with families and friends.