For the first time in its history, Tokyo Tech's debate team progressed through the preliminary heats and reached the semi-finals of the World Universities Debating Championships (WUDC) — the world's largest debating tournament — held in Thessaloniki, Greece from December 28, 2015 to January 3, 2016.

Each year, roughly 400 debate teams battle it out at WUDC. This year, Titech ESS (English Speaking Society) sent two teams to represent the Institute in the English as a Foreign Language category. The semi-finalist team consisted of: 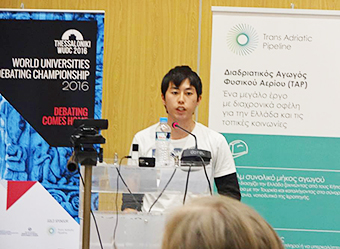 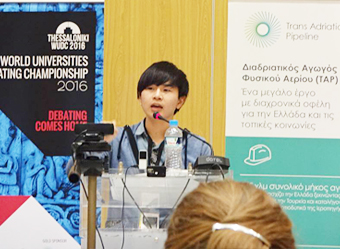 What Is British Parliamentary style debate?

British Parliamentary (BP) style debate, one of the official formats at WUDC, is a contest of argumentation where four teams of two are each assigned either the affirmative or negative in advance. Fifteen minutes after the topic is announced, members of the teams are required to deliver seven-minute speeches in turn to support their sides of the argument. Judges listens to all the speeches and decide the winners of the debate. 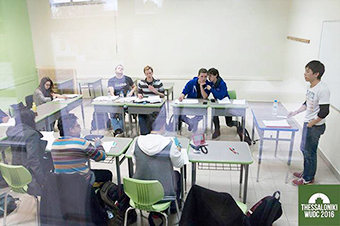 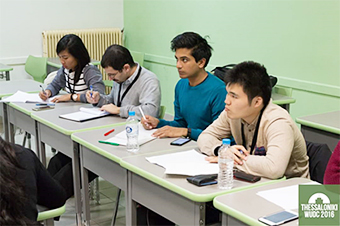 My juniors achieved historic results at the world's biggest and most prestigious international debating tournament. It's very difficult for non-native speakers to perform well at this tournament as many participants are native speakers of English. I have watched them develop their debating skills for three years and I am very proud of them. I hope Titech ESS continues to expand its influence on the world stage. 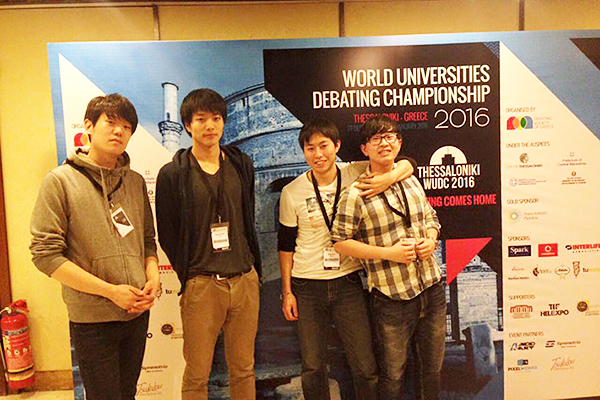 Titech ESS is an officially recognized club whose main activities include practice, training, and participation in tournaments of debate in the BP, Asian, and American parliamentary styles. The club consists of 21 members, 16 of whom are men and 5 women. Regular practice is held from 1:00 p.m. to 5:30 p.m. every Wednesday and Saturday.