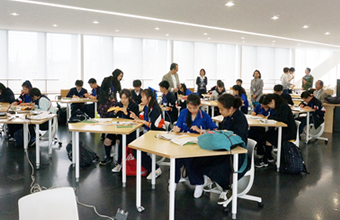 Guided by Professor Tomomi Matsui from Tokyo Tech's Department of Industrial Engineering and Economics and four student assistants, a total of 21 high school students — 11 from Tokyo and 10 from Chiang Rai — gathered at Ookayama Library to complete a variety challenges. 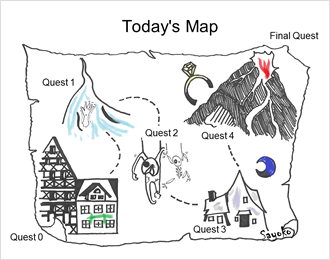 Students faced five quests, the first of which was to transmit, receive, and decode binary code messages. In Quest Two, teams were asked to express the numbers 1 to 20 with five cards numbered 1, 2, 4, 8, and 16. Counting up seemed easy enough, but many began hesitating when counting back down.

Once the basic principle of binary numbers was clear, it was time for Finger Binary. One female student emerged as the master of this activity, easily counting up to 31, the highest number that can be expressed with one hand. Many others struggled once they hit double digits.

Quest Three required participants to play a gimmick cards trick on their buddys and find their birthdays. Everyone was excited to realize that the same principle applied throughout all the activities. Still, the level of difficulty increased too sharply in Quest Four, which no one was able to solve in the allowed 10 seconds. The Final Quest, the Riddle of the Rings, made use of a Chinese ring puzzle to introduce students to Gray code. 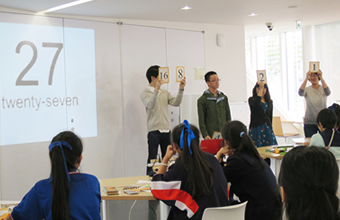 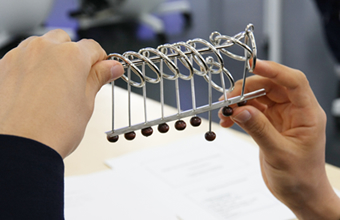 Solving the mystery of the ring

After the session, students enjoyed some cherry blossom viewing before joining Institute Professor Akio Hosoya at the Tokyo Tech Lecture Theatre for a presentation and discussion on black holes. The day ended with everyone sharing lunch at the Ookayama campus cafeteria.

With minds, bodies, and voices fully engaged throughout the day, the workshop provided an active multicultural setting where high school students were successfully introduced to the world of binary numbers.