The 2015 TAIST-Tokyo Tech Graduation Ceremony was held on July 21, 2016 at the National Science and Technology Development Agency (NSTDA), located within Thailand Science Park in Pathum Thani Province, Thailand. This year, 51 students received master's degrees. Many guests came together with TAIST-Tokyo Tech staff to celebrate the achievements of graduates on their special day. 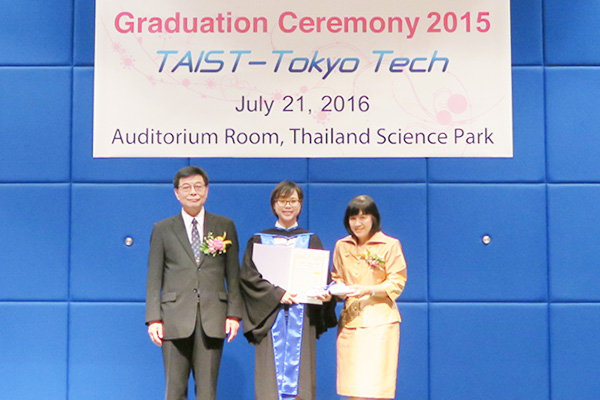 TAIST-Tokyo Tech (TAIST) was established in 2007 at the request of the Thai government. It aims to form research and development centers and produce talented technically innovative individuals. TAIST is being managed in collaboration with Tokyo Tech, NSTDA, and four leading Thai universities, namely King Mongkut's Institute of Technology Ladkrabang (KMITL

). With TAIST marking its 10th anniversary in 2016, the total number of graduates now stands at 215. 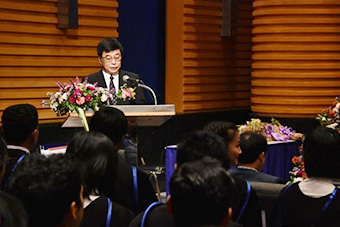 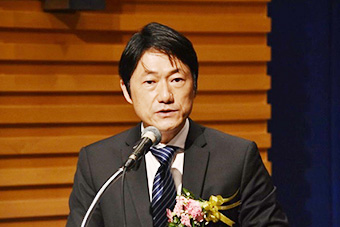 Each graduate received a certificate of completion from Dr. Maruyama and a graduation gift from Dr. Omjai Saimek. At the end of the ceremony, all graduates and TAIST staff gathered for a commemorative group photo. TAIST graduates are expected to utilize the experience and knowledge acquired from the program in their chosen paths, whether it be pursuing further research through a doctoral degree at Tokyo Tech or working in a private or government organization. 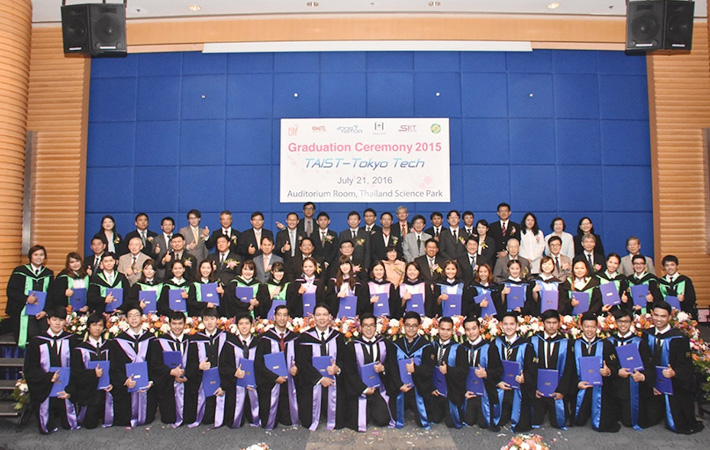 All graduates and professors