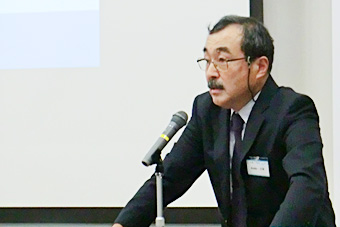 The 3rd RWTH Aachen University-Tokyo Institute of Technology and NRW Japan Joint Seminar "Robotics + AI in Manufacturing and Supply Chain Management — Research and Applications in Japan and Germany/North Rhine-Westphalia" was held at Kuramae Hall on October 6, 2016 under the cooperation of NRW Japan Inc.K.K.

, a subsidiary of the Ministry for Economic Affairs and Energy of the State of North Rhine-Westphaliaa Japanese branch of the North Rhine-Westphalia (NRW) state,. was held at Kuramae Hall on October 6, 2016. Previous seminars were held in March 2015 in Tokyo and in June 2015 in Aachen. Over 200 participants joined the seminar.

Robotics, which is regarded as one of the main technologies of Industry 4.0, and artificial intelligence at production and logistic sites in Germany, were discussed. The opening address was given by Tokyo Tech Executive Vice President for Research Makoto Ando. Professor Sabina Jeschke from RWTH Aachen and Professor Yukio Takeda from Tokyo Tech gave presentations respectively titled "Behind the scenes of 4.0: Next Generations in Artificial Intelligence and their Impact on Products, Production, and Processes" and "Development of a High Performance Parallel Robot Based on Collaboration between RWTH Aachen and Tokyo Tech." After the keynote speeches, a Q&A session was held, where attendees discussed practical applications and the future outlook of industry-university cooperation.

Robotics and artificial intelligence are expected to have tremendous impact on many industries in the near future. We hopeThere are high expectations that this seminar will lead the development of international industry-university cooperation and collaborative research between Tokyo Tech, RWTH Aachen, and companies in Germany and Japan. 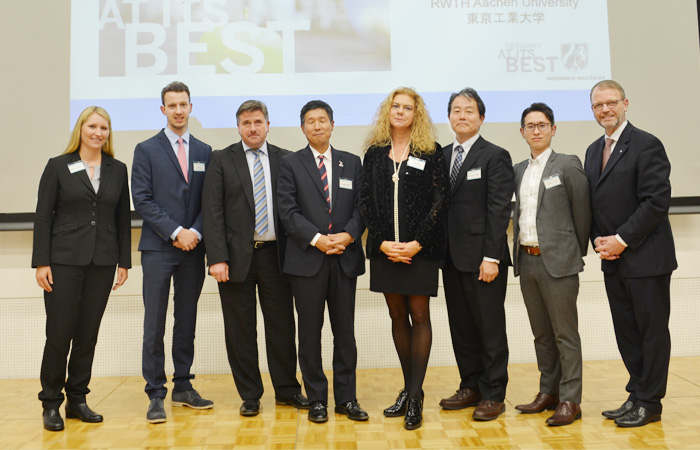