Tokyo Tech's Rowing Club produced another strong performance at the 39th East Japan Rookie Tournament, sponsored by the Tokyo Amateur Rowing Association, on October 22 and 23. This year, the team finished second in the men's coxed four and third in the men's double scull at the Toda Boat Course in Toda City, Saitama Prefecture. 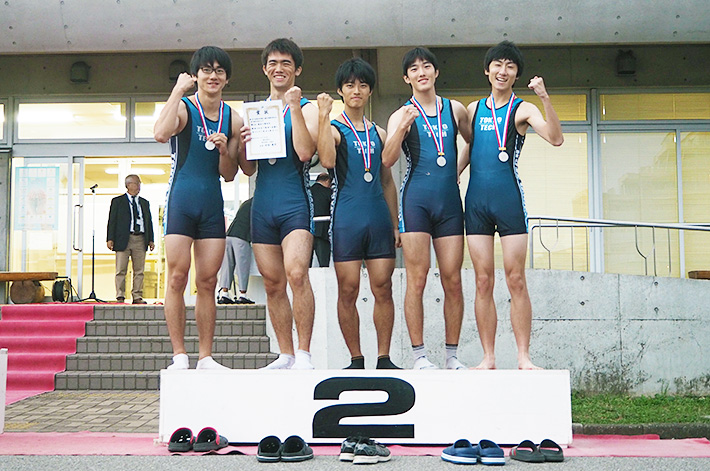 This year's success came in the double scull and the coxed four, which includes four rowers and a cox who steers the boat. 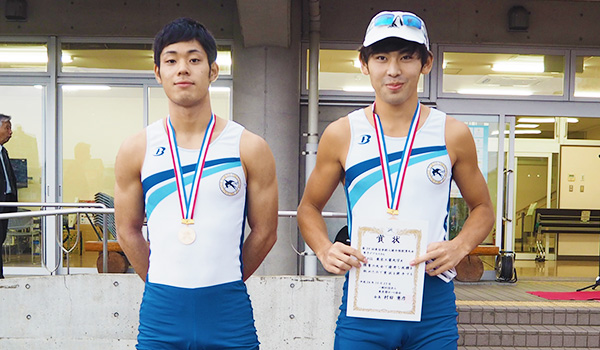 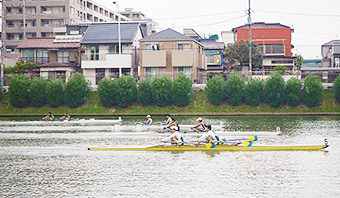 I can't stress enough how much I value the support we get from every direction — the Institute, former members of the club, and the female club managers. I think the best way to express appreciation for this support is to succeed in competitions, and it is great that we were able to do that. Kiyoharu and I will continue to give it our all. 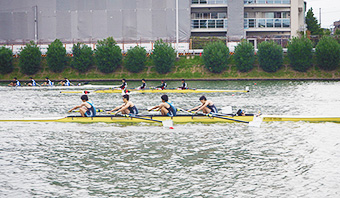 I took up rowing last April, and after plenty of practice under the guidance of our new coach, this was basically the first competition for us first-year students. We were all nervous, but by combining our strength we were able to achieve second place. This result is an invaluable experience and will motivate us all to move forward and improve our technique and power. We truly appreciate your continued support.