Tokyo Tech achieved yet another gold medal at the International Genetically Engineered Machine Competition (iGEM) in 2016, extending the world record to a tenth straight gold. Of the 305 iGEM teams participating in 2016, only Tokyo Tech and the University of Freiburg from Germany have been awarded the shiniest medal ten consecutive times. 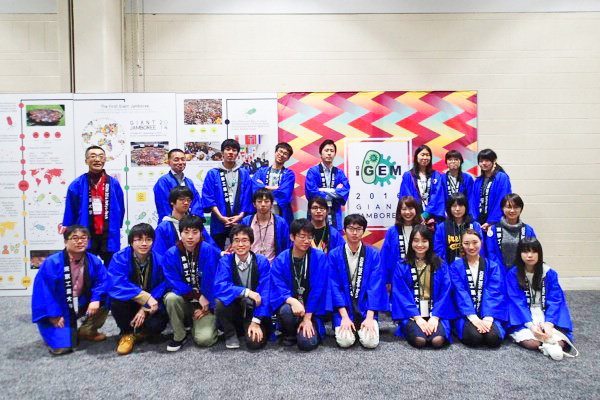 iGEM is the world's premier competition for undergraduate synthetic biology in which student teams are given a kit of standard genetic parts called BioBricks, which are used to design and build a new biological system. To help students focus their projects on certain subject areas, the competition is divided into tracks. This year, the iGEM included ten standard tracks and four special new tracks. Results are shared in presentation form and evaluated by judges.

iGEM 2016 was held in Boston from October 27 to 31, with 305 teams from around the world participating. These included students from renowned universities such as MIT, Ruprecht-Karls-Universität Heidelberg, and Tsinghua University.