As part of the Strategic Basic Research Programs of Japan Science and Technology Agency (JST), research group led by Professor Hideo Hosono at Institute of Innovative Research, Tokyo Institute of Technology has developed two new oxide semiconductors which are suitable for organic electronics. 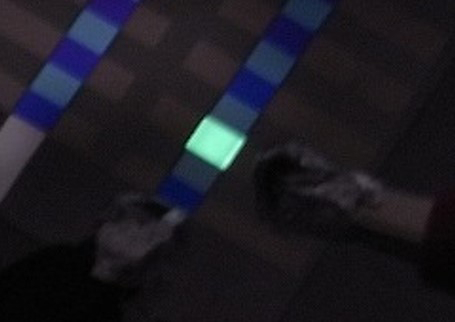 Organic semiconductors have a small electron affinity1. This creates a high barrier for electron injection from the cathode to the active layer and this is a bottleneck for organic EL displays. Furthermore, there are no transparent materials with high mobility in the electron transport layer which carries electrons from the cathode to the active layer. This makes it impossible to increase the thickness of the layer, and lead to the problem of organic semiconductors being prone to short circuits.

The research group led by Hosono focused on how the IGZO thin-film transistor (IGZO-TFT) is now being applied to organic EL displays, and succeeded in using a transparent amorphous oxide to develop a new material for use in the electron injection layer and electron transport layer. This development increases the stability when applying IGZO-TFT to organic EL displays, and also decreases the cost of the manufacturing process. The injection layer possesses a low-work function2 which is equivalent to lithium metal, while the transport layer possesses high mobility that exceeds conventional organic materials by more than 3 digits. It has been demonstrated that using this new material makes it possible to realize organic EL devices that possess performance equivalent to or greater than stacked structures even when using reverse-stacked structures (structures in which the cathode is at the bottom).

The newly-developed transparent oxide semiconductors are all transparent and chemically stable. At ambient temperatures, the semiconductors can be formed on a large-area substrate with the same ease as the transparent electrode ITO (indium tin oxide). Furthermore, the formed thin film is amorphous and the surface therefore possesses superior smoothness. Simultaneous wet etching processing is possible for the thin films which have been formed on the ITO electrode. This makes it possible to construct a process which is optimal for mass production.

These research results were published on December 27, 2016 in the online bulletin edition of the "Proceedings of the National Academy of the USA," a scientific journal published in the United States.

Energy difference between the level of the lowest non-occupied molecular orbit and the vacuum level.