The workshop kicked off with welcome remarks by President Yoshinao Mishima. Introducing some of the cooperative activities already underway between Tokyo Tech and NTU, Mishima noted that based on the success of the previous joint workshop, Tokyo Tech and NTU concluded an MOU for promotion of joint research collaboration on September 28, 2016. He commented that the second joint workshop aimed to further accelerate research collaboration between the two universities.

Lam followed with a presentation titled "Knowledge Diffusion and Innovation in NTU," explaining NTU's strategies to boost research output and promote innovation. The Singapore university is encouraging research in emerging fields through its establishment of schools of medicine and environmental science, while at the same time continuing concerted efforts to recruit talented faculty and students from around the world in these and other fields. Lam also described the success of NTU's "Triple Helix" strategy to promote research and technological innovation through collaborations between the university, industry, and government. 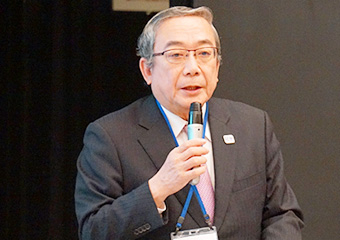 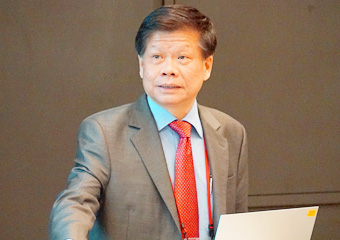 Two leading researchers in the energy field spoke in the second half of the opening session. Professor Ryoji Kanno of Tokyo Tech's School of Materials and Chemical Technology spoke on "Development of Energy Storage and Conversion Devices" and explained the important role of electrochemical devices for energy storage and conversion. He also described his work on all solid-state batteries. 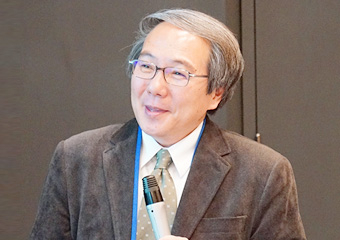 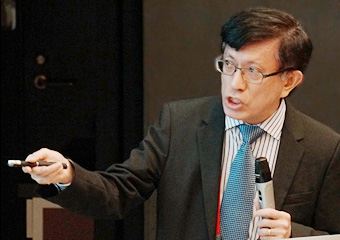 Two specialists in the field of molecular chemistry spoke in the plenary session that followed. Tokyo Tech's Professor Nobuharu Iwasawa of the School of Science made a speech titled "Utilization of CO2 as a Renewable Carbon Resource." Iwasawa discussed the background of his research and his latest results producing organic materials via carbon-carbon bond forming reactions of CO2 using transition metal catalysis.

The plenary session's second speaker, Professor Shunsuke Chiba of NTU, presented his research on the development of molecular transformation using sodium hydride as a reducing agent. 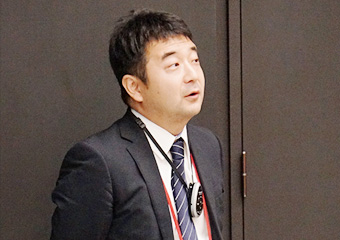 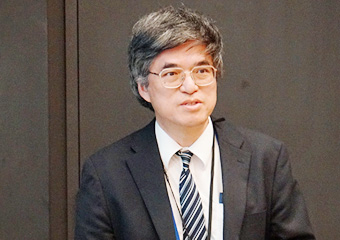 Parallel breakout sessions on research in six fields were conducted at four venues on the Ookayama campus on the afternoon of the workshop's first day. In addition to faculty members from NTU and Tokyo Tech, the sessions were attended by company representatives, researchers, and students from outside Tokyo Tech. Faculty members from Tokyo Tech and NTU shared presentations on their latest research and engaged in active Q&A and discussions regarding each other's work.

While the breakout sessions were in progress, executives of the two universities held a separate meeting to discuss further academic collaboration. As research groups from Tokyo Tech and NTU have already begun working together in some fields, Mishima and Lam agreed to move forward on a research collaboration agreement. They also agreed to convene a third joint workshop in September 2017 at NTU.

On the morning of the second day, keynote presentations, a wrap-up, and a closing session were held.

As the final keynote speaker, Professor Chen I-Ming of NTU's School of Mechanical and Aerospace Engineering delivered a presentation titled "Innovations in Infrastructure Service Robotics," in which he described infrastructure robotics projects planned for implementation in Singapore.

In the wrap-up session, moderators of each of the six breakout session groups reported on the outcomes of their discussions regarding possible research collaborations.

The workshop featured multiple presentations by researchers in the field of robotics. In addition to the robotics-focused keynote presentations on Day 2, the breakout session on Day 1 featured two sub-sessions with presentations respectively on assistive robotics technology to support aged society and robotic technology to support new industry. Professor Yukio Takeda of Tokyo Tech's School of Engineering reported that participants engaged in active exchanges of ideas by approaching the presentations and discussions from the perspectives of hardware technology, Tokyo Tech's area of expertise, and software technology, in which NTU excels.Further, the participation in the breakout session of Dr. Michele Guarnieri of HiBot, a Tokyo Tech-launched venture company, and Dr. Kojima of Denso facilitated productive discussions on possible university-industry collaborations.

Associate Professor Koichiro Takao of Tokyo Tech's Institute of Innovative Research (IIR) explained that themes such as "security and safety in nuclear engineering" and "continuous human resource development" could be keys to NTU-Tokyo Tech cooperation in the area of separation chemistry. Takao reported that collaboration is anticipated to focus on the processing of radioactive waste and the development of a radiation monitoring system for metropolitan areas.

Professor Iwasawa of Tokyo Tech, a moderator of the session on new molecular chemistry, explained that Tokyo Tech and NTU faculty members were paired by research interests and presented their research in areas including polymer chemistry, organic chemistry, photocatalysis, conductive materials, and plasmon chemistry. Representative of the pairs reported on possible future collaborations in each research area.

Professor Shinjiro Kanae of Tokyo Tech's School of Environment and Society reported that five presentations were made and discussed in the session on water resources, which he moderated. Researchers discussed future collaboration in projects related to the development of large-scale simulation methods for water dynamics and the use of membranes and carbon nanotubes for water treatment.

Professor Nobuhiro Nishiyama of Tokyo Tech's IIR reported on the medical engineering session. He commented that due to variation in the research interests of the participants, researchers felt further discussion of potential research themes is necessary to spur cooperation.

In closing remarks, Tokyo Tech's Vice President for Research Promotion Naoto Ohtake and Professor Timothy White of NTU's School of Materials Sciences and Engineering expressed appreciation to the university participants and to the researchers from Japanese industry for joining the workshop. White commented that NTU would like to encourage researchers from industry in Singapore to join the third joint workshop in order to promote joint research projects among NTU, Tokyo Tech, and industry in both Japan and Singapore.