Tokyo Tech's Rowing Club kicked off the 2017 season successfully at the 60th Five Universities' Regatta held on April 29 at the Toda Boat Course in Saitama Prefecture. The Institute's rowers won the men's eight and men's coxed four categories, and came in second in the men's single and double sculls.

The star-studded men's eight team stole the show, bringing home the cup for the first time in three years while denying Tokyo University of Foreign Studies their third successive win.

The Tokyo Tech team recently received a new boat — The Swallow — donated by alumni, and the team expressed their gratitude with a victory and a new competition record. 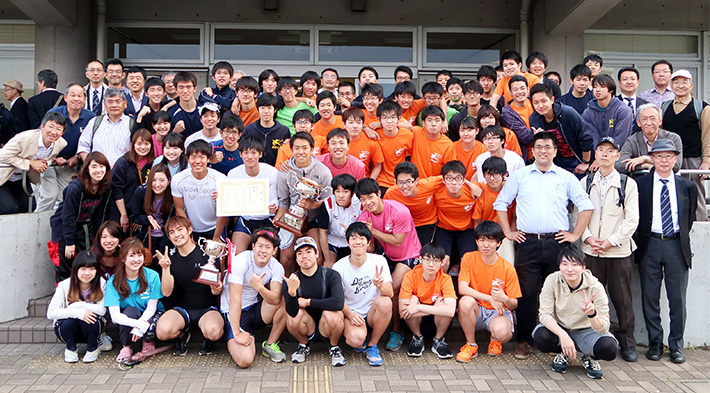 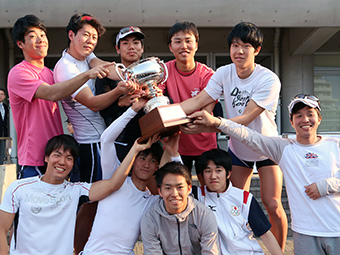 I am extremely happy that, thanks to the huge support from everyone, we not only won the men's eight but also set a new competition record. This will motivate the whole club to aim for first place in the Intercollegiate Rowing Championships. 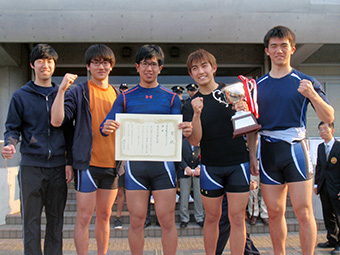 We won the Five Universities' Regatta!!! A huge shout-out to the whole crew and all those who supported us. We will only get faster, so don't miss our next race!

The double scull and my first 2,000-meter race was a very good experience. I will continue to work on my technique and physique so we can aim for victory in the future. 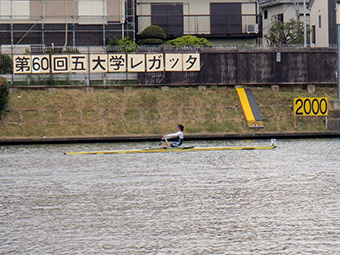 I came in second place this year, but am determined to work harder to ensure that I win my category next year. 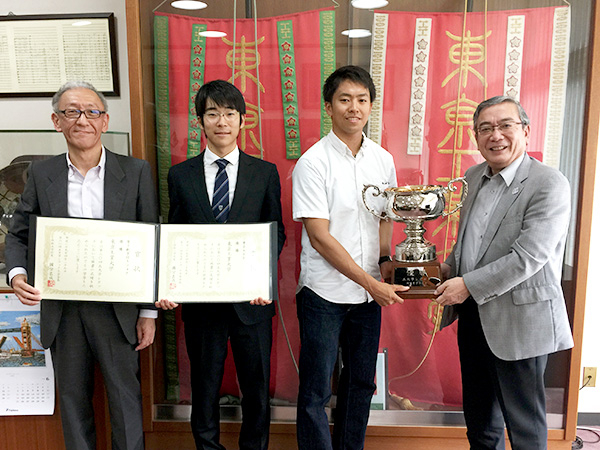 *
This article has been updated to correct a typographical error on November 9.