The Tokyo Tech International Student Association (TISA) held the Akihabara walking tour + Karaoke event on May 14, 2017. Organized in collaboration with SOS-dan, Tokyo Tech's anime and cosplay club mainly composed of Japanese students, this event aimed to promote cultural exchange and social interaction between domestic and international students. The outing also provided an opportunity to make new friends with similar interests in Japanese pop culture without the stress of cultural or language barriers. 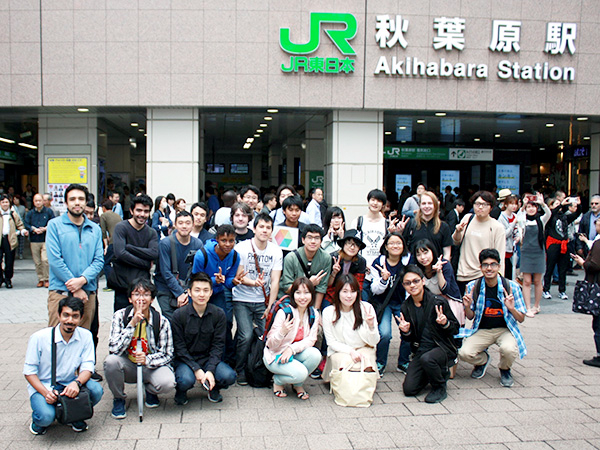 Meeting point at the station 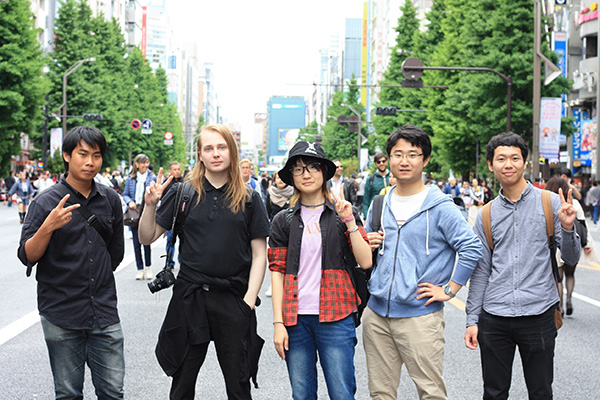 The Akihabara outing was a great opportunity to meet new friends who share similar interests, relax, and just have a good time. It was also a good way to promote interaction between local and foreign students. I wish to take part in similar future social events and meetings.

Many international students who arrive in Japan share at least the same level of passion as local students do towards Japanese pop culture. However, there are rarely chances to interact due to the language barrier and a general lack of social opportunities. In addition, many clubs at Japanese universities are still not used to having international students as full-time members.

TISA is one of the few student organizations at Tokyo Tech where Japanese and international members work together on equal ground on projects. One of our core functions is to organize events where international students can participate in the activities of Japanese student clubs and interact with their members.

We planned this outing with SOS-dan for students who are interested in anime, manga, idols, cosplay, and other aspects of Japanese pop culture. The number of students interested in joining was much higher than expected. Although some of TISA's bilingual members accompanied the participants to facilitate communication, most people were more than willing to use their own English or Japanese skills to communicate.

The feedback from both Japanese and international members was largely positive. I hope that we can organize similar activities in the future.

There are definitely not too many opportunities for exchange students to meet and get to know the locals. The same goes the other way around. Many Japanese seem to be interested in meeting foreigners and practicing their English skills, but are rather hesitant to directly talk to them. This event was a great opportunity to meet and speak with both foreign and Japanese students who share the same interests.

During the outing, we first walked around Akihabara in groups interested in, for example, video games or anime. Afterwards, we gathered for some karaoke and people were really getting into it — wearing costumes and all! Everyone seemed to have a blast, and even though there were slight communication difficulties from time to time, it did not slow us down the least bit. Many thanks to the people with proficient language skills for helping us overcome the language barrier.

I personally had not heard about TISA before this event. There were also people who seemed interested in the activities of SOS-dan, so this was a great chance for both clubs to attract new members. I hope we will see more events like this in the future! 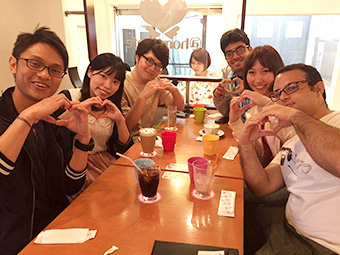 Lots of love to go around 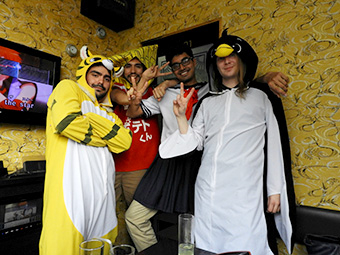