Tokyo Tech's Society for the Study of Robotics, one of the Institute's student clubs, took their first ever victory at the 2017 NHK Student Robot Contest held on June 11. The members of Team Maquinista kept their cool and outwitted the University of Tokyo in the final, thereby securing their place in the 2017 ABU Asia-Pacific Robot Contest

scheduled for August in Tokyo.

The theme of the Asia-Pacific contest changes every year depending on the host nation. The 2017 theme is "The Landing Disc," inspired by the traditional Japanese fan-tossing game of tosenkyo.* Two teams compete for three minutes on a field with seven spots at varying heights and distances, with a ball resting on each spot. Each robot throws soft discs from the throwing area to displace the balls and land discs in their place. Discs that land on empty spots count in the score, and multiple discs in one spot are allowed. If a team lands discs on all seven spots, they achieve appare (Japanese for "admirable"), and immediately win the game.

Maquinista's robot at the NHK contest consisted of a bat to shoot discs at the targets using four different trajectories. The creation also included a laser sensor that measured the distance between the walls and poles on the field, providing enhanced speed and accuracy as the robot could remain in exactly the same place in each round. 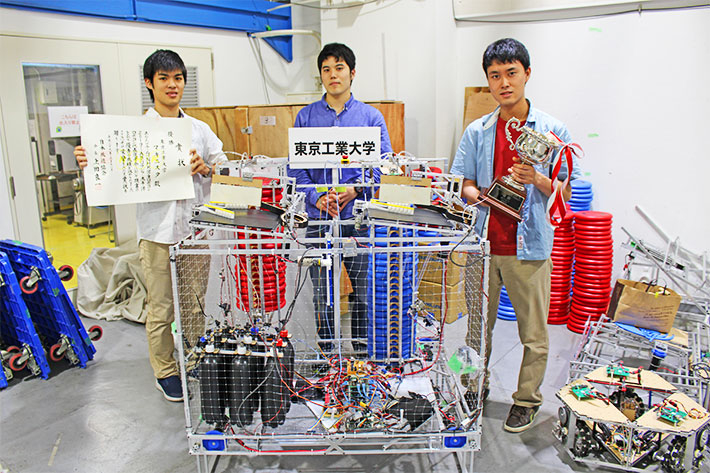 After advancing to the championships with a 1-1 record in the preliminary rounds, Team Maquinista put in one fantastic performance after another, defeating Toyohashi University of Technology and Tokyo University of Agriculture and Technology to reach the final. The last stand was against Team RoboTech from the University of Tokyo, who held the record for most victories in the competition. The calm Maquinista team not only won, they achieved appare with over one minute left on the clock, and then coolly switched off their robot.

A day after the victory, the team joined a congratulatory meeting with President Yoshinao Mishima, customary whenever a student club supported by the Institute wins a competition.

This is the first time in eight years that the ABU Asia-Pacific Robot Contest comes to Japan, and Tokyo Tech is a strong contender. The Institute invites everyone to support Maquinista as they take on international challengers at the Ota City General Gymnasium on August 27. 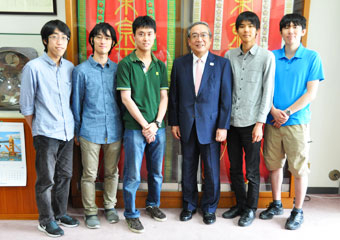 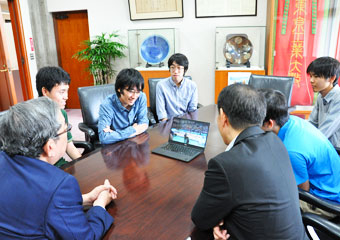 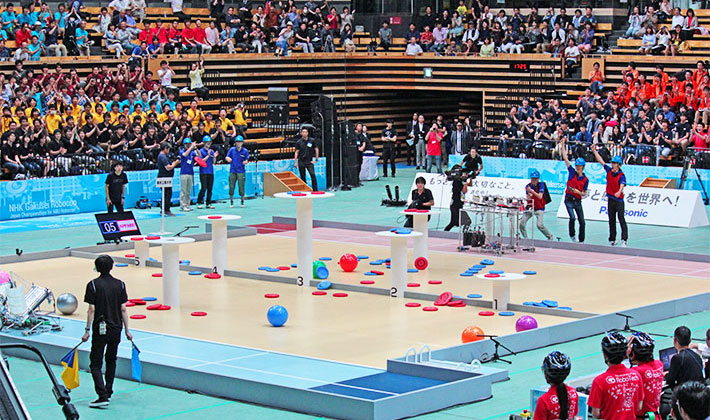 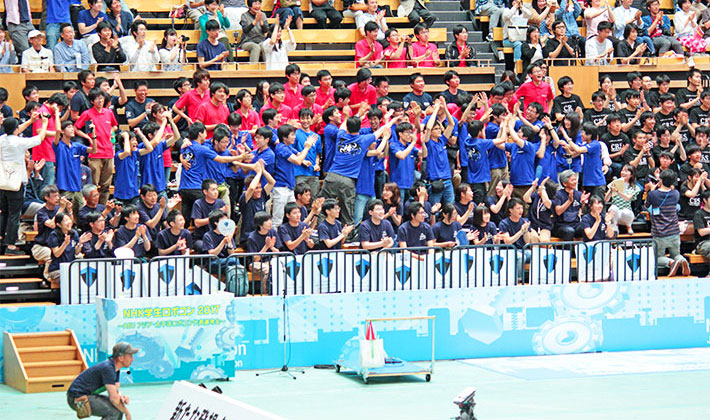 Society for the Study of Robotics Head Takahiro Ishihara

I am very pleased that we were able to take our first victory at the NHK contest. I was at the venue as a member of the pit crew, and we struggled at first as the field was slightly different from our practice area at the Institute. I would like to thank the staff at the Collaboration Center for Design and Manufacturing, Centennial Hall, and the Environmental Energy Innovation Building for providing us with practice space, and of course everyone else who supported us.

In addition to this contest, we actually participate in many other competitions such as the Micromouse Contest

. This victory will undoubtedly motivate all members of the club to continue with their activities. We look forward to future support as we continue to create and innovate.

I am overjoyed that Maquinista won the competition for the first time. This victory is the result of endless practice, and as Takahiro mentioned, this victory is dedicated to the staff and facilities that provided us with so much support. I am extremely grateful.

On August 27, the best robots from around the world will come to battle it out at the ABU Asian-Pacific Robot Contest. I am looking forward to it, but we still have many improvement to making in terms of robot movement. We don't have much time, so we won't be resting on our laurels, but instead will fully focus on the next competition. I truly appreciate everyone's support.