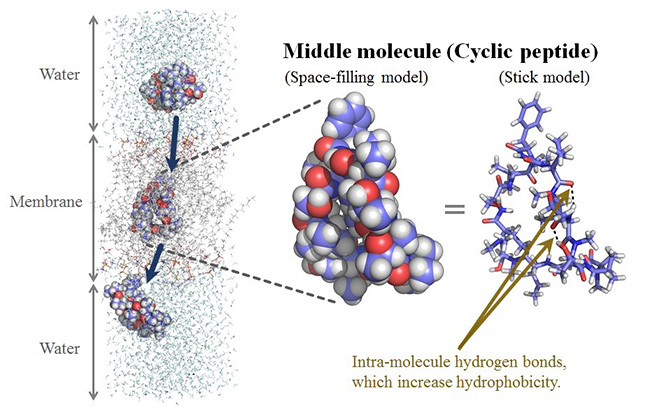 Figure 1. The membrane permeation process of a cyclic peptide

On July 31, Tokyo Institute of Technology (Tokyo Tech) and Kawasaki City announced that they are combining forces to conduct R&D, construct an infrastructure, and implement a business promotion program for the "Program to Industrialize an Innovative Middle Molecule Drug Discovery Flow through Fusion of Computational Drug Design and Chemical Synthesis Technology". This highly unique program incorporates computational drug design methods into the field of drug discovery for middle molecules. The program fuses computational drug design that utilizes molecular simulation and machine learning by the Super Computer TSUBAME of Tokyo Tech and unique chemical synthesis technology such as artificial peptides and artificial nucleic acids. Through industry-academia-government partnerships including corporations in Kawasaki City, the program seeks to form an innovation ecosystem that bridges basic/fundamental research and the drug discovery business, thus dramatically improving the efficiency of developing middle molecule drugs.

In order to implement this research project, the Middle Molecule IT-based Drug Discovery Laboratory (MIDL) will be opened this fiscal year in Tonomachi KING SKYFRONT, an international strategic zone located in Kawasaki City. MIDL will possess enhanced research functions for middle molecules and will be the world's first dedicated facility in this field with state-of-the-art computational approaches. Tokyo Tech will also open a Middle Molecule IT-based Drug Discovery Laboratory (MIDL) core facility inside the university campus and establish a system in which faculty cooperate across research fields. This research program was selected for support by the FY2017 Regional Innovation and Ecosystem Formation Program of the Japanese Ministry of Education, Culture, Sports, Science and Technology (MEXT). The MEXT program seeks to utilize regional technology seeds and to create a successful model of industrialization with significant social impact based on global expansion from that region. During the 5-year period until March 2022, the research program will receive annual grants-in-aid of 155 million JPY. The grants will be used to conduct R&D, to construct an infrastructure for creating a regional industrial ecosystem, and to implement a business promotion program.

Middle molecules refer to peptides, nucleic acids, and other molecules with a molecular weight of about 500 to 30,000. Conventional drug discovery mainly consisted of synthesizing small molecules with a molecular weight under 500; in other words, "small molecule drug discovery." In recent years, there has been new drug discovery using large molecules for antibodies such as the anticancer drug OPDIVO. However, industrial synthesis is difficult and poses numerous issues such as the extremely high cost incurred for creation using animal cells under advanced control conditions. Middle molecules enable chemical synthesis while offering various benefits that are similar to large molecules. As such, middle molecules are expected to fulfill a leading role in new drug discovery. The efficiency of development is significantly increased through knowledge processing, machine learning and molecular simulation that utilizes information technology (IT) for computational analysis in a variety of stages from supporting decision-making for drug discovery target molecules and selecting actual candidate compounds to determining bio-stability, membrane permeability, and toxicity. 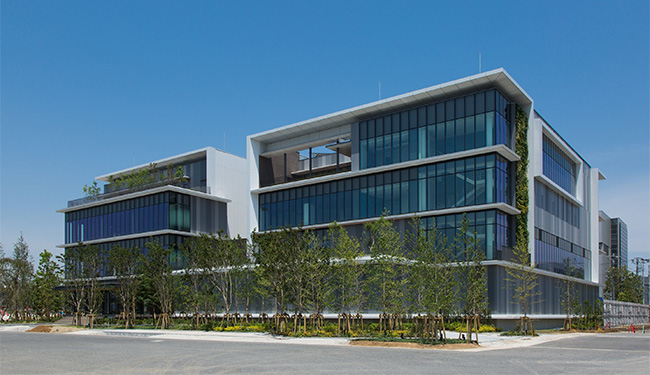 Yutaka Akiyama, Professor at the School of Computing at Tokyo Tech, said, "Computational prediction for the bio-stability and cell membrane permeability of middle molecules is very challenging. By using Tokyo Tech's world-leading supercomputing techniques and extensive experience in machine learning, and by cooperating with many related corporations, I hope that MIDL will provide the world with practical technology for accelerating middle molecule drug discovery."

"We are excited about this collaboration with Tokyo Tech, establishing an innovative research base for rapidly growing middle molecule drug discovery at our international strategic zone "KING SKYFRONT." In cooperation with Tokyo Tech, we would like to make every effort to form an innovation ecosystem working with corporations in Kawasaki" said Shigeyuki Shiratori, Director of International Strategy Promotion Department, Coastal Area International Strategy Headquarters, City of Kawasaki.

By accelerating the design of middle molecule drug discovery and the development of pharmaceuticals, this research program will resolve various issues such as the increased cost of developing manufacturing methods and maintaining production lines when using biological formulations. Ultimately, for people who require new treatment methods, the program will provide the blessings of drugs at an acceptable price.

"Tonomachi KING SKYFRONT", an international strategic zone located on the opposite bank of Haneda International Airport, is an open innovation base that creates new industries from the highest standards of research and development in the fields of health, medical, welfare and the environment where global growth is expected. Currently more than 50 companies / research institutions have accumulated and started to operate. New bridge that directly links KING SKYFRONT to Haneda Airport in Tokyo, to be completed in 2020.