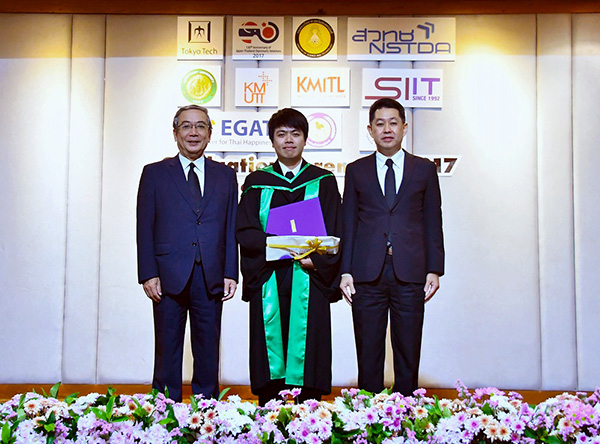 A ceremony to award the third Taki Scholarships was held in conjunction with the graduation ceremony. Ms. Nabeela Shaheen and Ms. Palita Meenapinan, new students in TAIST's Information and Communication Technology for Embedded Systems (ICTES) program and Sustainable Energy and Resources Engineering (SERE) program, were selected as this year's recipients. After introducing the scholarship, Mishima presented the grants on Mr. Hisao Taki's behalf. 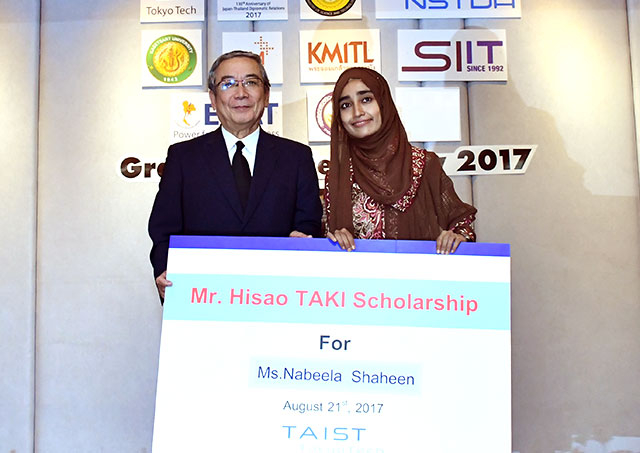 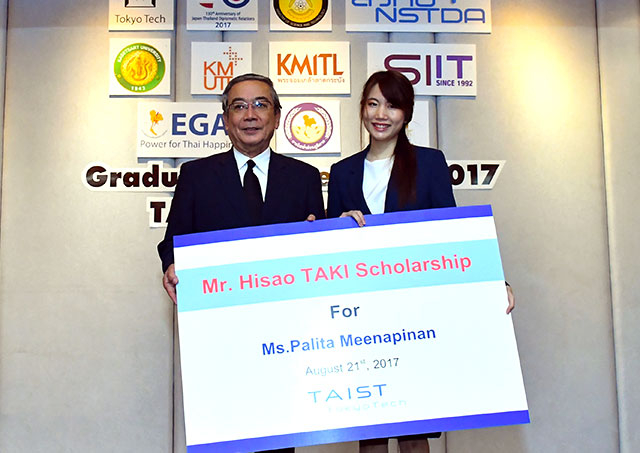 The TAIST-Tokyo Tech Graduation Ceremony also included the awarding ceremony for Suyama Challenge Project 2017. This innovation contest, held on August 2 at NSTDA in Thailand Science Park, involved two teams of students presenting prototypes such as the "Cloud-Based Driver Assistance System" and the "Intelligent Farming Assistant" to solve real-world problems with creative ideas and technical knowledge. Both teams were selected to receive the Award for Best Efforts, which were presented at the ceremony by Tokyo Tech Professor Akinori Nishihara on behalf of Mr. Eizo Suyama, the founder of the project. Suyama, an alumnus of Tokyo Tech and an active TAIST supporter, joined the contest with other TAIST-related professors from Tokyo Tech via teleconference.

At the end of the graduation ceremony, graduates and TAIST faculty members gathered for a commemorative group photo. Whether they decide to pursue further research through a doctoral degree at Tokyo Tech or work in a private or government organization, TAIST graduates will undoubtedly apply the experience and knowledge acquired from the program in their chosen paths. 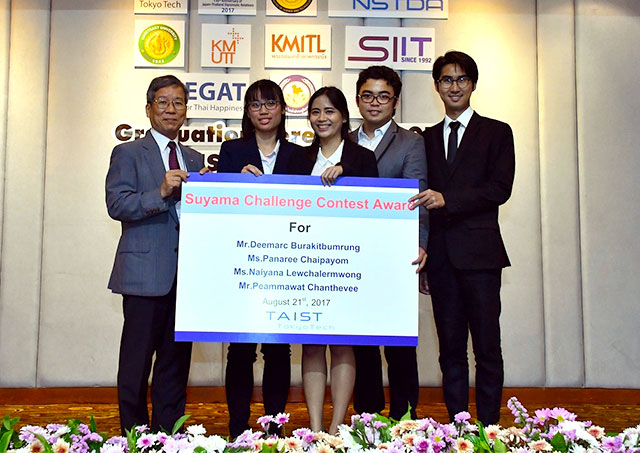 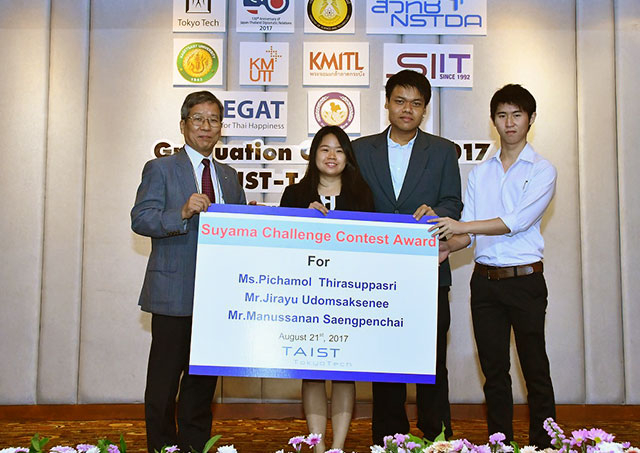 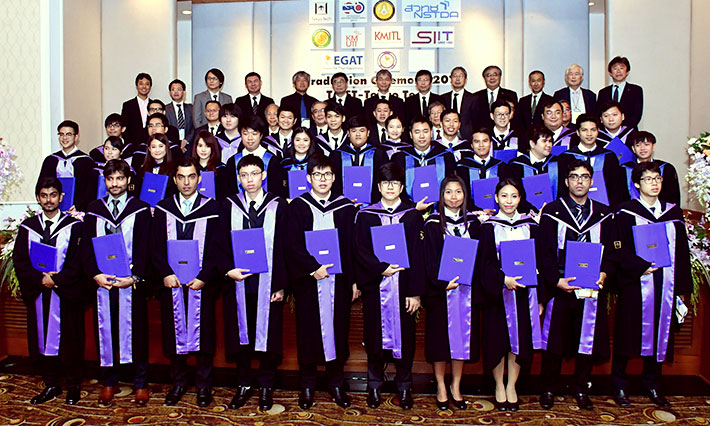