1st-year master's student in Computer Science Hiroki Naganuma and his team Rota++ won both the 3rd Place Grand Prize and Persistent-Neodesign Prize at Stanford's Health Hackathon health++ 2017, held at Stanford University on October 21 and 22, with their creation to combat dehydration in infants. 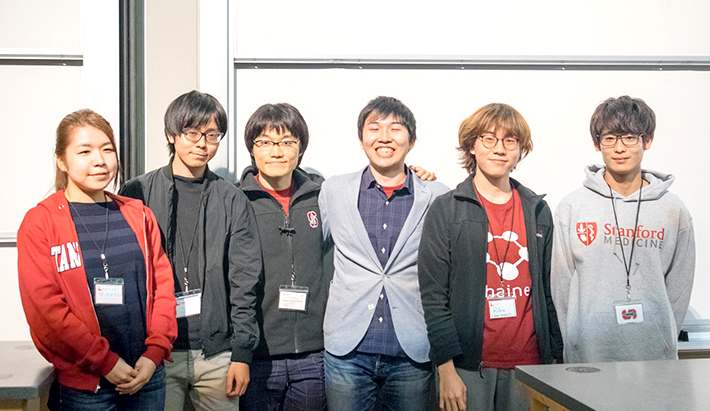 Rota++ designed YourPacifier, a smart soother that detects the humidity on a baby's lips, rehydrates him or her when required, and informs the infant's guardian if further action is required.

The idea for the wonderful creation was born when one of the team members was carrying out public health research in Asia and the Pacific islands. He learned of the number of young children being hospitalized for diarrhea-related dehydration, which is often caused by the rotavirus, and decided that something had to be done.

health++, an annual contest held at Stanford University to tackle healthcare challenges, brings together engineers, entrepreneurs, designers, and healthcare professionals. This year, 521 participants involved in 52 projects joined to tackle the issue of affordability in healthcare.

The development of this product began after we started wondering whether technology could be used to solve a truly serious problem in developing countries, a concept not often recognized in Japan.

This prestigious prize is the result of great teamwork. There are still many improvements, checks, and trials to carry out. We will continue to work on solving this problem while receiving feedback on our product.