The 3rd MIT-Tokyo Tech Workshop on Innovative Nuclear Energy Systems (MT-INES) was held at Massachusetts Institute of Technology on October 27, 2017. Eleven frontline researchers from the two institutions gathered to present their latest research activities in the development of innovative nuclear science and technologies for nuclear energy systems and nuclear decommissioning research. 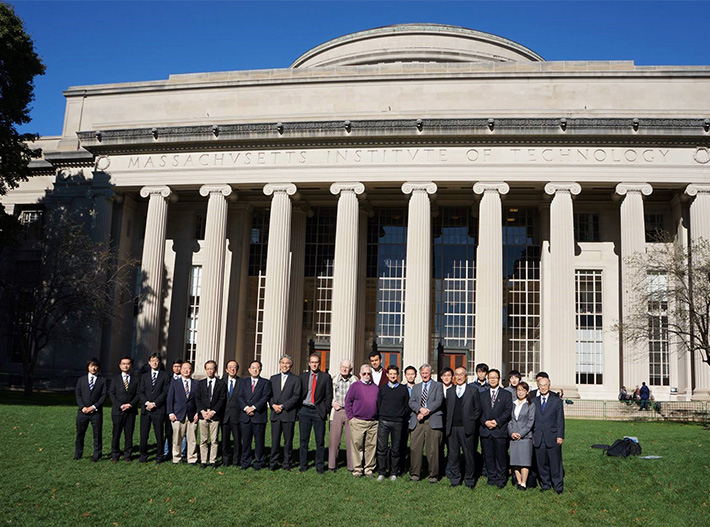 The event began with a recorded video message from Makoto Ando, Executive Vice President for Research at Tokyo Tech, who thanked MIT for hosting the event and expressed hope that the collaboration would provide solutions to some of the world’s energy issues. Researchers from the International Research Institute for Nuclear Decommissioning and two Japanese companies involved with the Fukushima Daiichi Nuclear Power Station, also attended, giving presentations on decommission issues. In response to these presentations, researchers from MIT and Tokyo Tech provided comments and initiated discussions regarding potential solutions to some of the problems facing Fukushima.

The day before the workshop, on October 26, doctoral students of both universities also gave presentations during which Tokyo Tech’s students were very highly evaluated. These students were also given the chance to join a tour of MIT’s nuclear reactor on October 28, which most Tokyo Tech students joined, expanding on their specialized knowledge in nuclear technology. Further exchanges between students of MIT and Tokyo Tech are anticipated.

At the end of workshop, members of Tokyo Tech, MIT, and the represented companies agreed on several topics of joint research. Collaborative research by the three parties to establish advanced nuclear energy systems and technology, and thereby further promote the decommissioning of the Fukushima Daiichi Nuclear Power Station reactor, is expected to continue in the future.