While bringing together faculty and staff, AOTULE also hosts an annual student conference where member university students gather to present their research findings. One Tokyo Tech student recently shared his experiences from the 2017 conference, hosted by Hanoi University of Science and Technology (HUST) from November 22 to 25.

I am proud I was granted an opportunity to represent Tokyo Tech at the AOTULE 2017 conference. I would like to highlight some advantages for student participants, which include improved academic communication and critical thinking skills, networking, and cultural exchange.

Before the actual event, students wrote and submitted a short abstract for the conference brochure. I believe this already gave students a chance to improve their academic writing skills through the application process. Based on this abstract, students gave a 5-minute oral presentation about their research on November 23 to audience members of various backgrounds. I think that punctuality is the most important point during the research presentations. When I was preparing my slides, I was guided by Einstein's words: "If you can't explain it simply, you don't understand it well enough." Since I could understand most of the other presentations, I believe that the participants succeeded in explaining their research clearly. Furthermore, the discussions during the Q&A sessions were useful in learning how to think critically. As future scientists and engineers, we cannot just accept the facts, but must question and test them. Thus, the presentation sessions were both challenging and educational.

Most of the discussions opened during the Q&A sessions continued on the lunch breaks. Some of the students gained new insight into their own research by listening to other related presentations. For example, a PhD student from Hong Kong with a biomedical engineering background approached me to discuss the possible use of semiconducting polymers as a basis for the biosensors she was trying to develop. On the other hand, being led by my individual interests in the areas of mechanical and environmental engineering, I eagerly discussed research related to these topics. Thus, I believe that the conference was a great opportunity to start networking with other scientists. 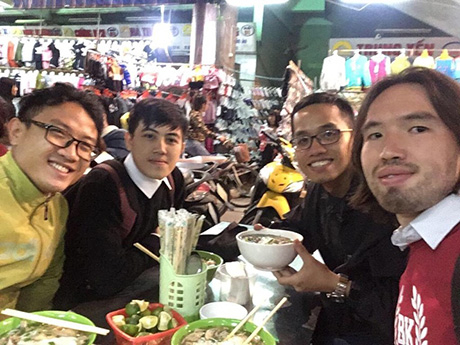 The conference also provided chances for cultural exchange, and the greatest experience was the interaction with the local community. On November 23, we enjoyed traditional Vietnamese vocal and instrumental music followed by performances by every participant university. Later, we were served traditional Vietnamese foods. In addition, on November 25, the organizers held a tour to some of the sightseeing spots of Hanoi. Besides that, during the whole conference we stayed in the Old Quarter of Hanoi, which is a place with a well-preserved architecture and lifestyle, and thus we deeply immersed ourselves in Vietnamese culture. Personally, I found the Vietnamese very communicative, keen to help, and generous. For example, a group of students from HUST, whom we had met on the first day, kindly guided us through the Old Quarter, night markets, and traditional restaurants. 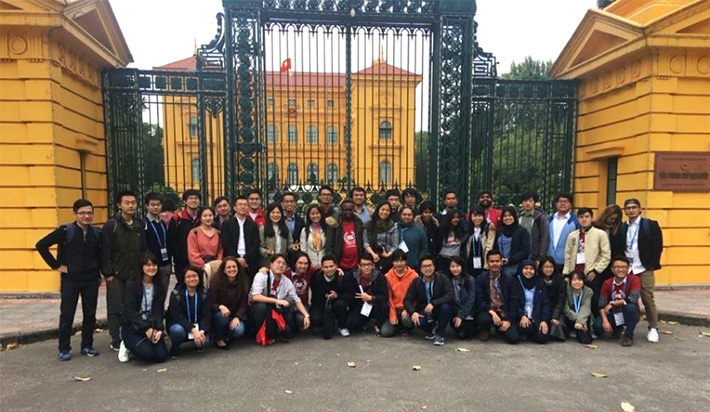 Finally, AOTULE conferences are constructed through cooperation between participants. Therefore, the organizers held a workshop where students from different universities were divided into groups and prepared presentations on one of five topics relevant to modern society. During the workshop, the students combined their academic communication skills, critical thinking skills, and background knowledge to produce a 10-minute presentation. Since our group liked Hanoi and its citizens so much, we decided to contribute to its sustainable development by performing a case study on possibilities of implementation of renewable energy sources in the city.

I think that attending the AOTULE 2017 conference was a great experience for the students in terms of both academic development and cultural exchange. I advise the students of Tokyo Tech to take part in this important event in the future by first applying for the Multidisciplinary International Student Workshop (MISW).