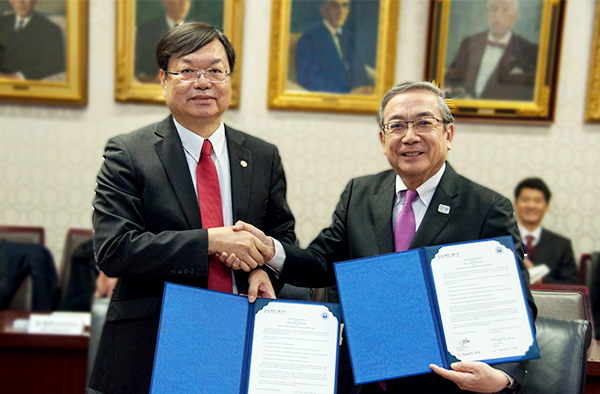 With the addition of this MOU, Tokyo Tech has 109 university-wide agreements to promote international cooperation in research and education.

*
In line with its new education system, Tokyo Tech reconfigured its undergraduate and graduate schools in six new Schools in April 2016.