Four members of traP, Tokyo Tech's Digital Creators Club, have won the 13th Crisis Management Contest, held in Tanabe City, Wakayama Prefecture from May 24 to 26. The quartet was recognized with the Economy, Trade and Industry Minister's 1st Place Award for their efforts. 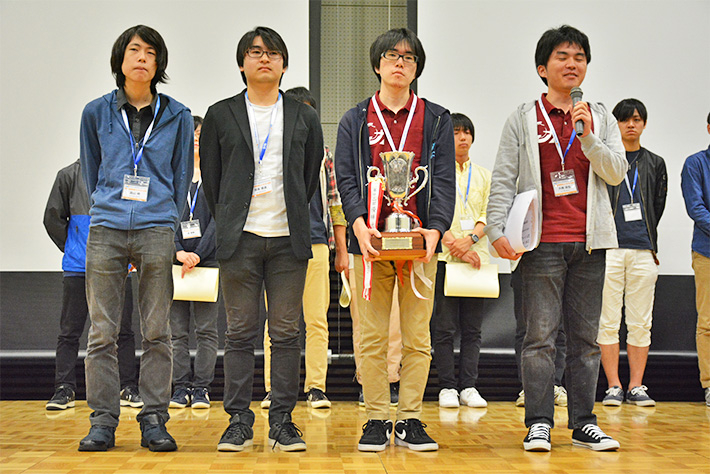 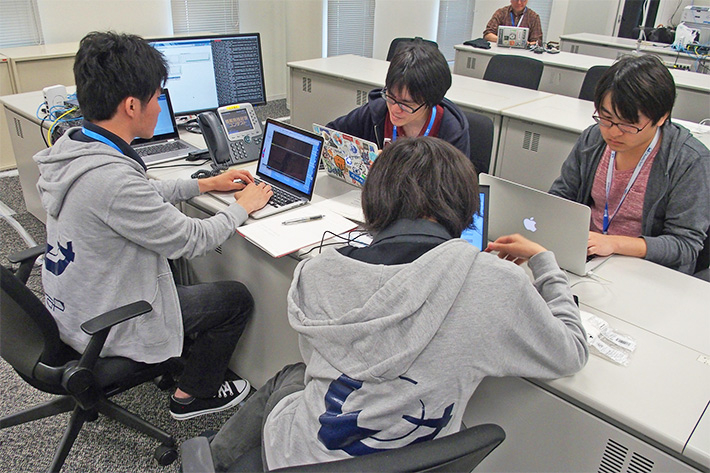 Focused during the finals

During the Crisis Management Contest, contestants are asked to assume the role of client company server administrators who need to find rapid, appropriate solutions to various incidents that occur during the contest. These include webpage, network, and other service anomalies, and complaint calls from outside the company, which the participants have to respond to by using a variety of technical skills. These responses are evaluated comprehensively before a winner is chosen.

This year, a record 35 teams participated in the contest. After preliminary rounds in April and May, teams from five universities made it to the finals in southern Japan. The four students representing Tokyo Tech, all members of student club traP, took home the victory under the guidance of Associate Professor Takashi Ishida from the School of Computing.

*
This article was updated on July 31