Spring break meant it was time to explore "The wonderful world of echinoderms 2018" in Tokyo Tech's Fundamental Biology Science Class for middle and high school students. Held on Ookayama Campus on March 28 by the School of Life Science and Technology for the third time, the class was again supported by the Tokyo Tech Fund. 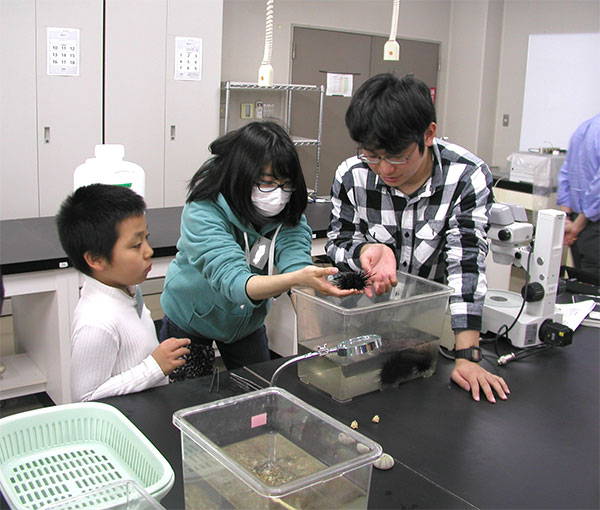 Participants getting to know a sea urchin

Echinoderms (from Ancient Greek echinos meaning "hedgehog" and derma meaning "skin") are marine animals such as sea urchins, starfish, and sea cucumbers, which have a fivefold radial symmetry. Despite their exotic appearance, they are considered some of the closest relatives to humans among invertebrates. This year's class participants got a close-up view of how these weird yet wonderful creatures are designed.

Overall, the session provided participants with an interactive way to learn about the unique systems and organs utilized by echinoderms to survive in marine ecosystems, and to consider their geological importance through fossils and other specimens.