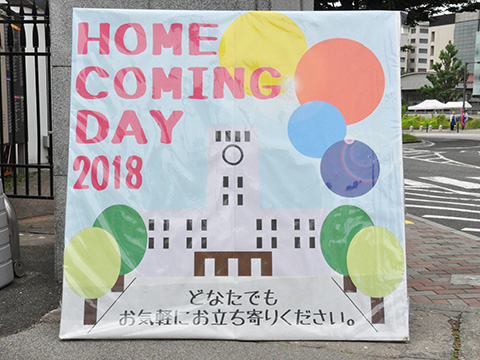 The 7th annual Homecoming Day, organized jointly by Tokyo Tech and the Tokyo Tech Alumni Association, attracted some 1,500 visitors to enjoy the celebrations on Ookayama Campus on May 26, 2018.

Events and activities aimed to unite former and current students, as well as to welcome future Tokyo Tech students and the local community. Alongside reunions and talks hosted by the alumni association, participants organized a colorful array of events including performances by student clubs, science workshops, and campus facility tours, adding an open-campus-day feel and buzz to the occasion. The hallmark event was a special lecture by Honorary Professor Yoshinori Ohsumi, the 2016 Nobel laureate in Physiology or Medicine — an event that took a year in planning. 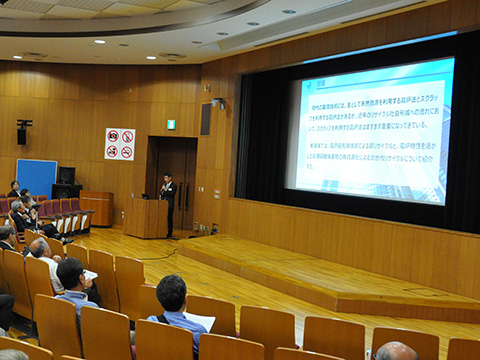 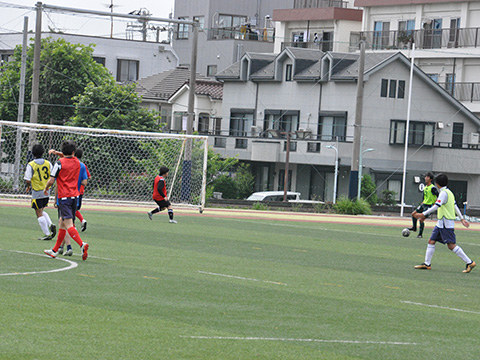 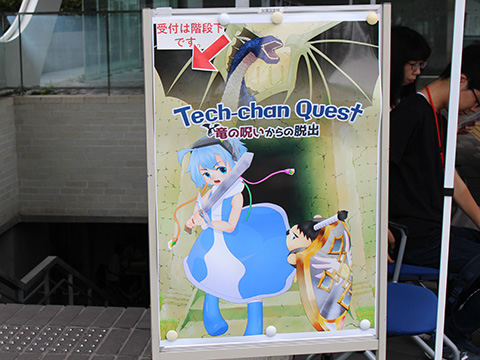 Tours were available for anyone keen to take a look inside two of Tokyo Tech's prized facilities: the TSUBAME supercomputer and the Ookayama library, dubbed the "cheesecake." The latter also became the venue for a "room escape game" during which players searched for hidden clues that tested their aptitude in science. 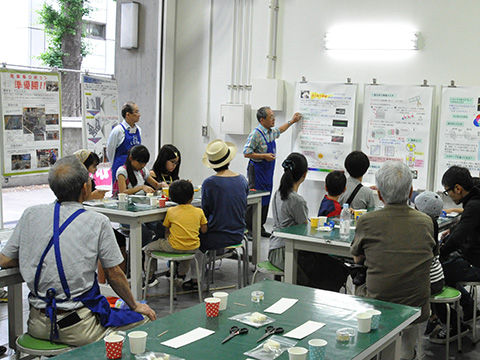 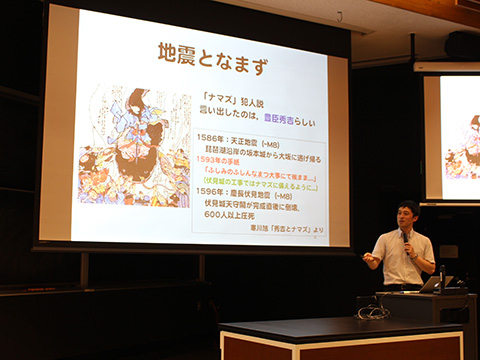 Elementary and middle school students were invited to join hands-on science activities. Two alumni members held Kurarika workshops where participants made aluminum-air batteries and kaleidoscopes from polarizers. The Science Techno student club set up craft and experiment stalls to arouse children's curiosity in an active, enjoyable way. For high school students wishing to get a taste of studying at Tokyo Tech, there were physics laboratory experiments and a Magic Class lecture titled "Slow Earthquakes — the Tortoise and Hare Contest at Plate Boundaries."

Panel exhibits were set up this year in the 70th Anniversary Auditorium, displaying the activities of Tokyo Tech's newly established organizations, namely the six Schools, the Institute of Innovative Research, and the Institute for Liberal Arts. 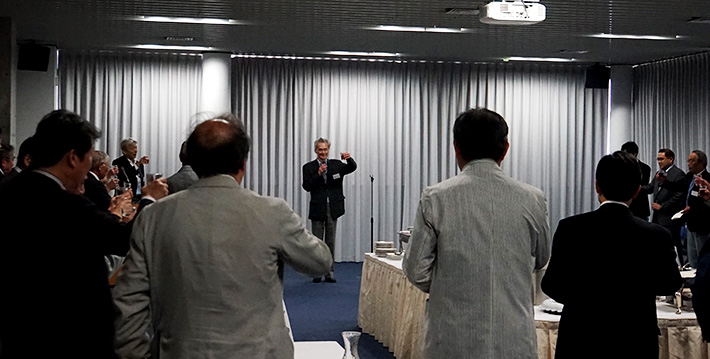 At noon, a luncheon hosted by President Kazuya Masu brought together representatives of academic and student club alumni groups, and executives of the Tokyo Tech Alumni Association. 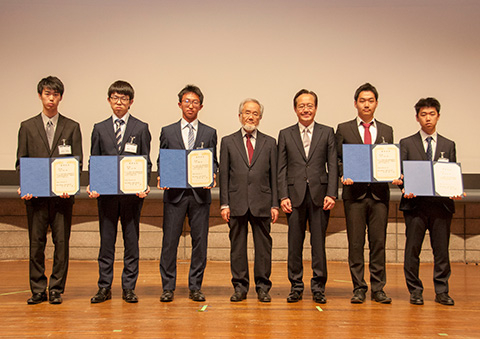 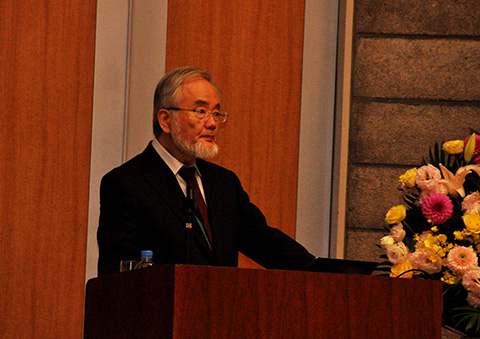 Around 600 people filled the 70th Anniversary Auditorium for the special lecture event. The lobby displayed an official replica of Ohsumi's Nobel Prize medal as well as panels showcasing his award-winning autophagy research.

Prior to the lecture, an awards ceremony for the Yoshinori Ohsumi Scholarship was held, during which five students received certificates for academic excellence. The scholarship was launched this year based on the Yoshinori Ohsumi Fund, established under the Tokyo Institute of Technology Fund. The fund will provide financial support to outstanding students whose homes are outside of Tokyo and the surrounding prefectures of Kanagawa, Chiba, and Saitama, and therefore have difficulty commuting to Tokyo Tech.

Following this, Ohsumi gave his talk on "My 40 Years in Research," during which he spoke of his passion for research, and revealed the circumstances that led to the discovery of the mechanism underlying autophagy. 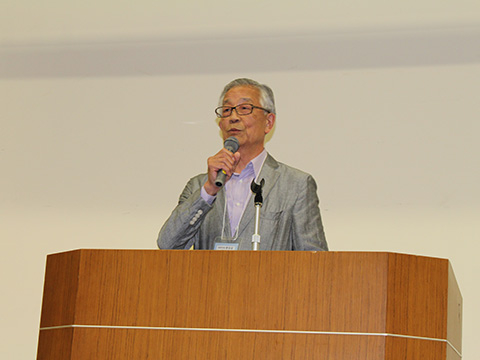 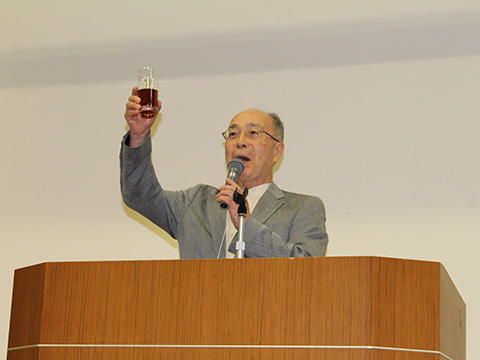 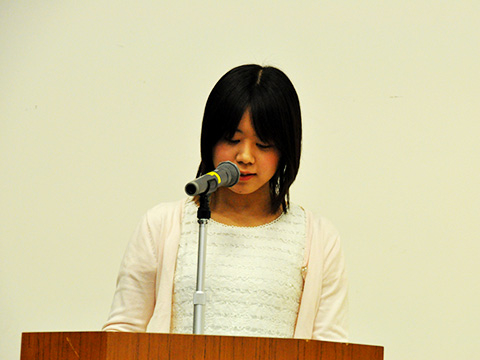 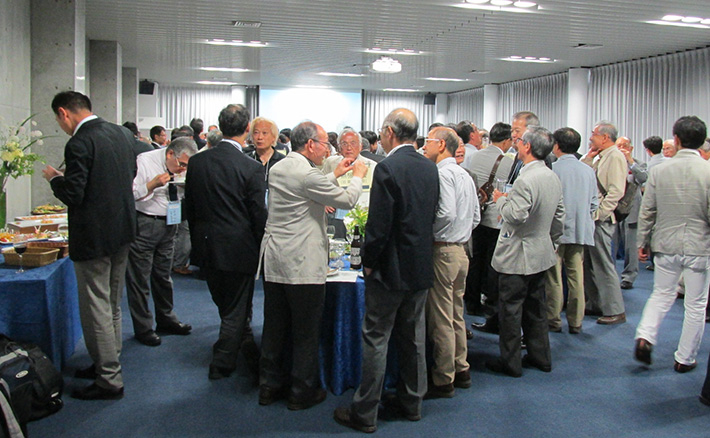 The evening reception saw 500 attendees fill the two main halls of Tokyo Tech Front. Ohsumi, having just completed his lecture, was also able to join his friends and colleagues. Opening speeches delivered by Masu and Alumni Association President Yoshio Ishida were followed by a toast from former Tokyo Tech president Kenichi Iga. There was a performance by former members of the Schwalben Chor midway through the evening, and Masu and Iga joined in for the chorus of the Song of Tokyo Institute of Technology.

The long and festive day drew to a close with a speech by Provost and Executive Vice President for Institute Strategy Isao Satoh.

Tokyo Tech welcomes everyone to Homecoming Day 2019, to be held next year on May 25.

*
This article made a picture change on August 10.