Tokyo Tech's Kendo Club has won the group category at the 54th Nationwide Judo and Kendo Competition for National Technical Schools on August 18. This year, the tournament took place on Ookayama Campus. 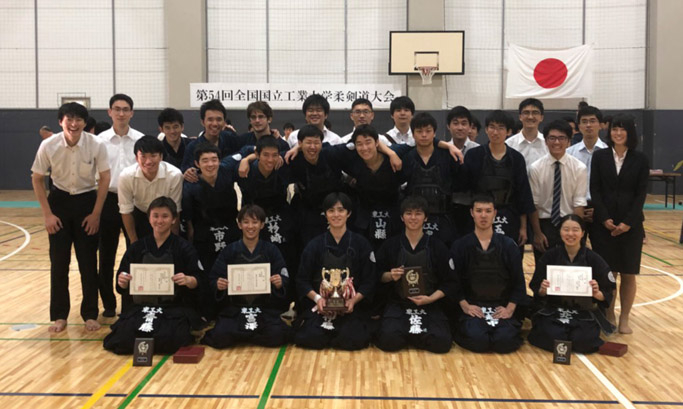 The Kendo Club has been training regularly amidst our studies with the aim of winning this competition. We achieved this for the first time in four years, and I am very pleased. I would like to express my appreciation to all the faculty members, senior students, and everyone else who have been supporting our club's activities.

At this tournament, individual performances were stronger than last year, but we were also able to stick together as a team and fight united to the very end. Everyone on the team has matured through the tough practice sessions we have endured together, and I am proud to be captain of this squad. That said, I am confident that the Kendo Club will continue to work together to achieve a successive victory even after I hand over the captaincy.

As this tournament was held at Tokyo Tech, I was particularly motivated to win the individual category, but I was only able to achieve second place. Fortunately, I am still a 1st-year student, so I have the chance to aim for victory next year and the following year in both the individual and group categories.

As a 1st-year student of the 2nd Academic Group, Saito is currently attending a wide range of technical and liberal arts lectures to broaden his knowledge base, which he hopes to tie in with his specialization in the future.

The Tokyo Tech Kendo Club currently consists of 24 students, most of whom study at the bachelor level. Club members train together regularly with two goals in mind — participating in the Kanto University Kendo Federation All-Japan Championships and winning the Nationwide Judo and Kendo Competition for National Technical Schools. 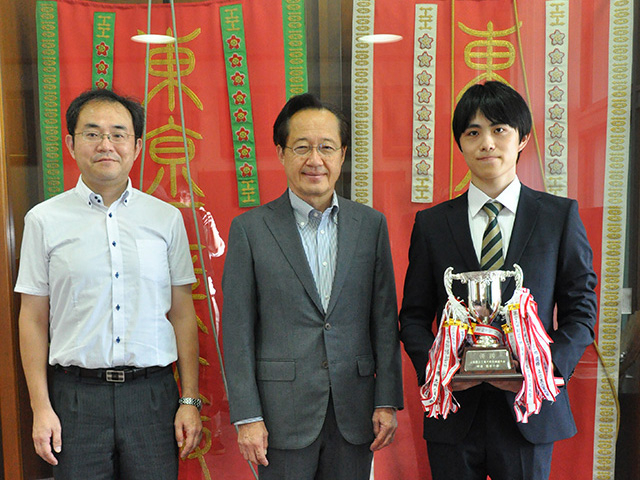