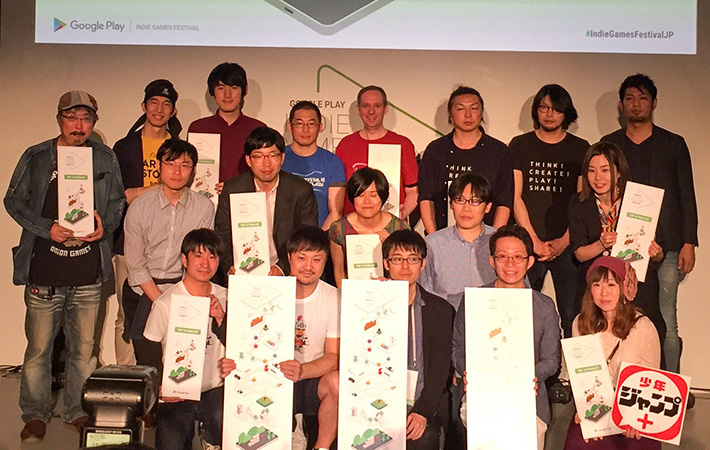 Ohmori (back left) and Gotoh (back, 2nd from left) with top 10 teams 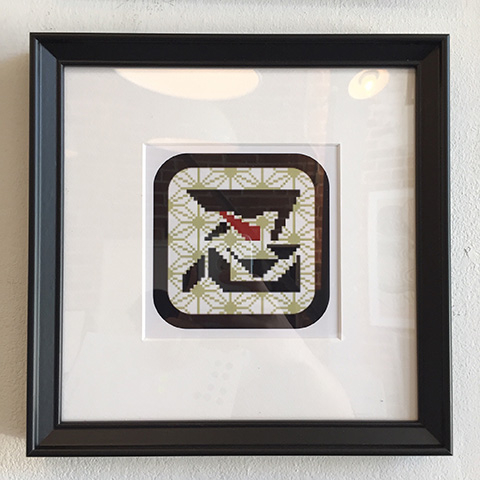 As a top 20 finalist, Ninja Flicker had its own booth at the Google event, where judges and other attendees could speak with creators and test out their games. These booth visitors voted for their favorites, putting the Tokyo Tech platform game in the top 10. Judges scored games based on four criteria: fun, innovation, design, and technical and production quality. Ninja Flicker was praised for its innovative operability, as well its graphics and sounds, which traP members created from scratch.

The top three games were selected based on final presentations given by the creators. Unfortunately, Ninja Flicker did not make the final cut, but their top 10 finish was an outstanding achievement from an all-student team.

Ninja Flicker is an action game where the player manipulates a ninja through levels by scrolling or “flicking” the background. Throwing stars, swords, and other items can be used to attack enemies and maneuver through levels, while special ninja skills can be activated by tracing special signs displayed on the screen. 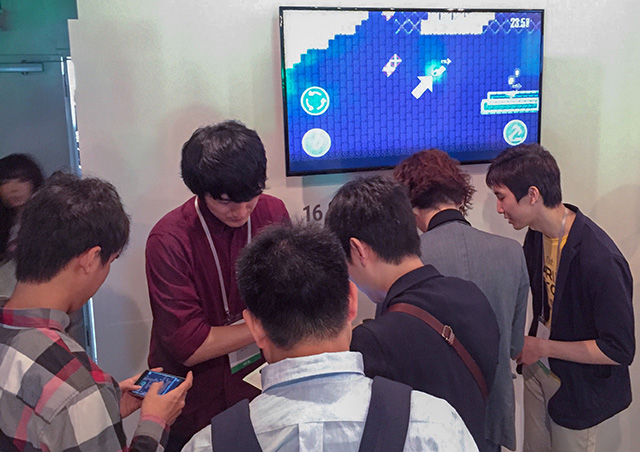 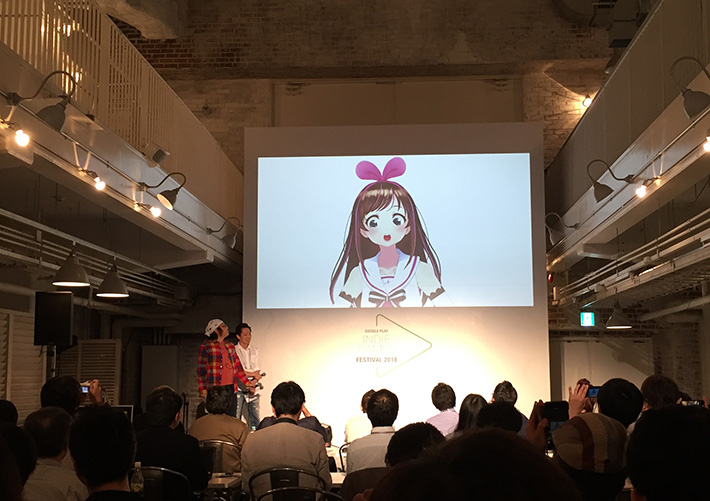 Kizuna AI, a virtual Youtuber and one of the contest judges 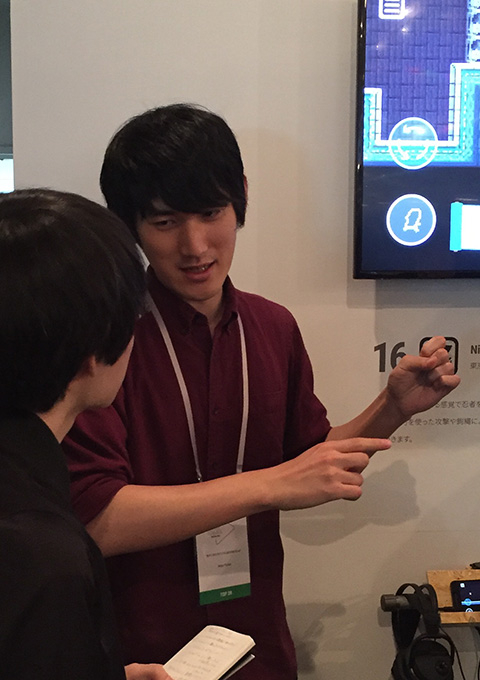 I am extremely pleased with our achievement at this Google contest. As team leader during the creation phase, I was responsible for deciding the general direction of the game. We then worked as a team and openly shared ideas on how to make improvements. Ninja Flicker is the result of 1.5 years of hard work.

traP has won various awards in competitive programming and in the information security field, but this is the first time we were commended for a game. I am proud of this achievement. I think it adds another dimension to our club.