Tenyu Miza, a 4th-year Computer Science student, has won the Ministry of Economy, Trade and Industry (METI) Award at the Under-22 (U-22) Programming Contest, held in Tokyo on October 21, 2018.

Miza, a member of the Tokyo Tech Student Club traP, collected the award in the Product Category for creating the game Saihate Drop, a scroll action game created almost entirely using JavaScript. "Among all the entries, Saihate Drop exhibited outstanding usability and artistic sense, and has great potential for business development," the judges highlighted. Miza also created all the audio content for the game. 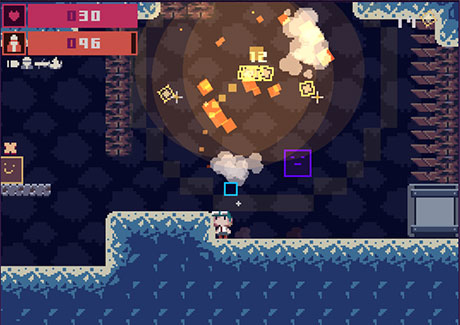 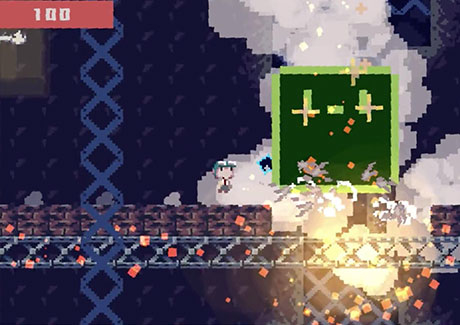 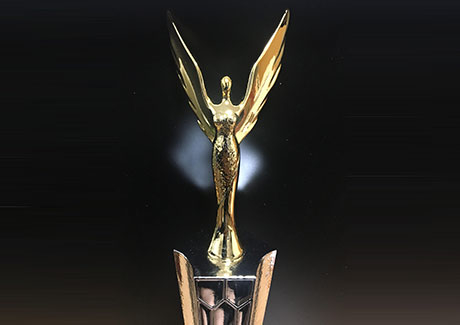 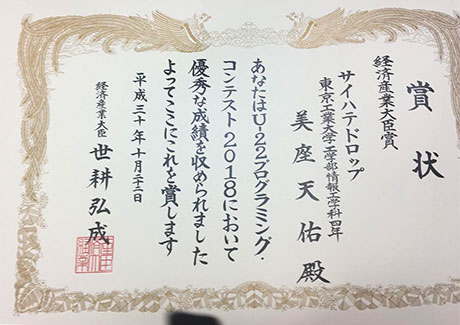 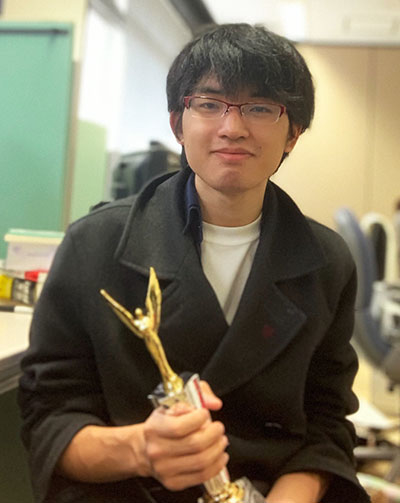 I am very pleased to receive such a prestigious award from the Ministry of Economy, Trade and Industry. I have plenty of experience creating games together with fellow traP members, but this was the first time I tried it on my own. It was a great experience. Saihate Drop is a 2D pixel graphics game that focuses on exciting effects. No game engine was used to develop it. In addition to the programming, the judges at the contest also appreciated the fact that I created all the pixels, fonts, sound effects, and background music myself.

I am constantly developing the game, but a PC version is available for testing at kawasemi

I am current using OpenGL in my research, and plan to use that to boost the graphics of the game further.

The U-22 Programming Contest, which began in 1980 as the METI-sponsored Nationwide High School Programming Contest, aims to unveil and nurture outstanding programmers through a project submission-type competition. The contest changed its name in 2004, shifted to private co-sponsorship ten years later, and formed a collaboration with organizers of the programming contest for elementary and middle school students in 2018. Today, the contest continues to receive backing from METI while receiving generous support from IT and software companies.

All participants, who must be 22 or younger, are asked to submit an original piece of work to the contest judges. This year, there were 460 entries, 16 of which made the finals. Final presentations were held on October 21, after which judges rated the creation based on three criteria — Product (usability and artistic sense), Technology (algorithms and functionality), and Idea (originality and future prospects). The four winners — one for each criterion and one overall winner — received their trophies and certificates on METI premises on October 22.