Nanosized container with photoswitches: release of cargo upon irradiation in water

A versatile system with potential application for non-invasive drug delivery

Researchers at Tokyo Tech have developed a nanosized container bearing photoswitches that takes up hydrophobic compounds of various size and shape in water and subsequently releases them quantitatively by non-invasive light stimulus. The installed switches allow reusing of the container after successful release of the cargo. The novel system represents a versatile platform for future developments in fields such as materials chemistry and biomedicine. 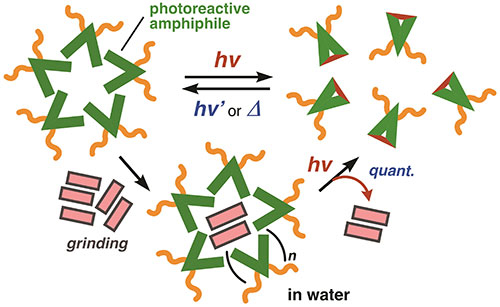 Figure 1. The nanosized container quantitatively releases the cargo upon light-stimulus

Schematic representation of guest uptake via grinding and release of the guest upon irradiation in water. The container can be regenerated by light irradiation or heating.

Researchers at Tokyo Tech's Laboratory for Chemistry and Life Science have developed a micelle-type nano-container that can be switched between its assembled and disassembled state via simple light irradiation. The light stimulus induces a structural change in the amphiphilic subunits, which closes their integrated binding pocket and simultaneously results in disassembly (see Figure 2).

In a recent publication in Nature Communications, Lorenzo Catti (JSPS/Humboldt postdoctoral fellow), Natsuki Kishida, Michito Yoshizawa, and co-workers successfully demonstrate how to combine the use of water and light, both essential ingredients for life, in an environmentally benign delivery system. "Water and light are abundant and clean resources on earth," Dr. Yoshizawa says. "Active use of both of them in synthetic and materials chemistry has seldom been accomplished so far but is an urgent necessity for the development of sustainable modern technologies".

The achievement is grounded on a small design change in the subunit of the nanosized container. By moving the two polyaromatic1 panels on a previous amphiphilic compound (Figure 2, left) one carbon atom closer together, the authors enabled a photochemical reaction between the panels that results in quantitative closing of the binding pocket (Figure 2, right). In addition, the group could show that this reaction is partially and fully reversible by light irradiation and heating, respectively.

Figure 2. Design of the new amphiphilc compound bearing a photoswitch

Chemical structures of the previous (left) and new amphiphile (right). Light irradiation induces a structural change from the open to the closed form of the amphiphile.

The study is part of the groups ongoing effort towards environmentally benign nanoflask systems with controllable functionality. The new system can be considered an "aromatic micelle", a concept that was introduced by the group in 2013.

Uptake of water-insoluble guest molecules into the container was shown to be easily achievable via a simple grinding protocol. Addition of water to the resulting solids gave characteristically colored solutions, which displayed UV-visible absorption bands assignable to the bound guest molecules. The flexible character of the nano-container allowed the uptake of a wide variety of compounds, such as rod-shaped and planar dyes and spherical fullerenes, in water. Quantitative release of the guest compounds could be achieved via irradiation of the aqueous solution for 10 min at room temperature. The released, water-insoluble guests could furthermore be successfully recovered via simple filtration, giving rise to a clear colorless solution containing only the closed amphiphiles.

"In a biomedical context, the developed system holds great promise for future progress in non-invasive delivery of biomolecules and synthetic drugs," Dr. Yoshizawa concluded. Future improvements of the system are aimed at allowing a weaker light source for irradiation, which will bring the system one step closer to the envisioned in-vivo delivery application.