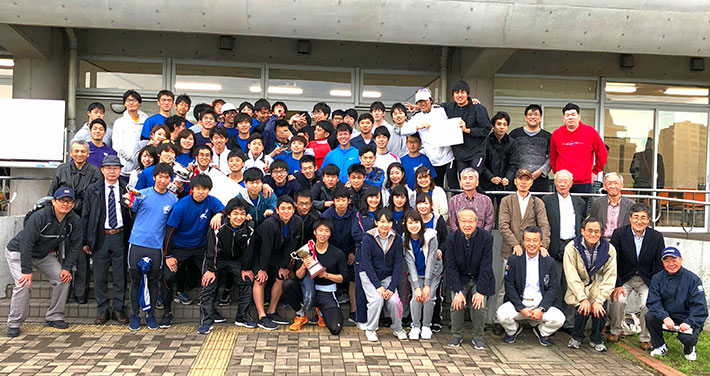 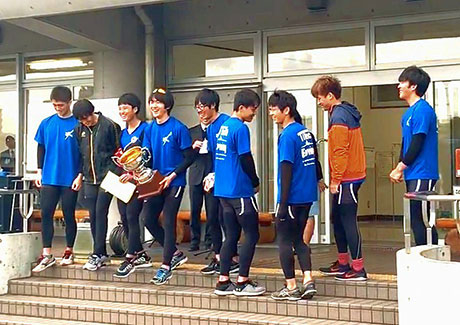 Life in the laboratory is getting busy, but I am starting to enjoy the trial and error of experiments. I had one month to practice for this competition, and I am delighted that I was able to achieve victory. That said, there were many issues I identified during the contest.

The summer competition is next. I will try to stay focused while continuing with my research. 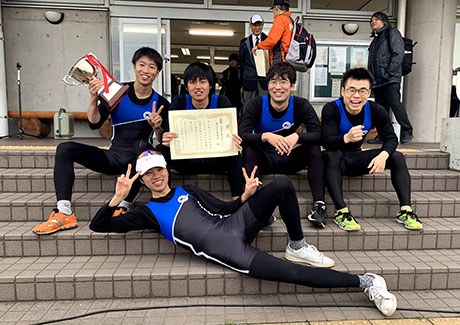 In this category, four rowers propel the boat with sweep oars, one oar per rower, while one cox steers the boat. This year's winning team consisted of:

The Tokyo Tech Rowing Club were victorious in men's coxed four category in this year's Five Universities' Regatta. After all our daily practices, I am extremely happy with this win. I feel that, like with my studies, this is the result of patience and time dedicated to improving ourselves.

The next goal of the Rowing Club is a strong result at the Intercollegiate Rowing Championships. We will focus on both our studies and rowing one day at a time, so look out for our next performance. 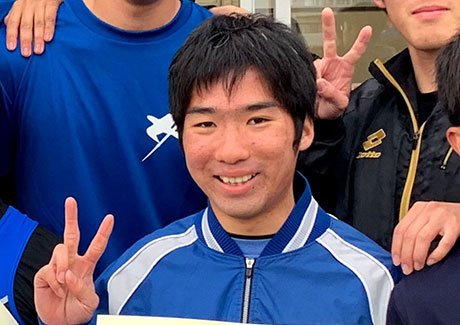 I am happy that things went as I planned last year, and that I was again able to win this year. My research is actually related to how fast a boat can be propelled, so perhaps this win was related to my findings.

This is my last year of racing, and I will continue to try my best with both my rowing and studies. I will try hard to finish the last race without any regrets. 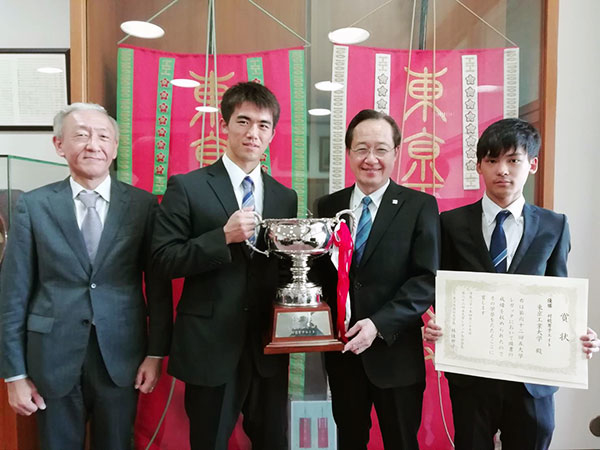