Members of the Tokyo Tech Kyudo Club put in outstanding performances at the 67th Tokyo Regional Kyudo Competition for national and public universities in May. The men claimed first place for the second consecutive year, while the women finished second in the team category. Tokyo Tech also won the women’s individual competition.

The men’s competition was held on May 11 and 12 at the archery grounds of the University of Tokyo and Tokyo Tech. The preliminary round was divided into Blocks A and B, with the two top teams from each block advancing to the finals. In each match, the ten participating universities nominated five archers who shot eight arrows each.

Tokyo Tech strung together a series of victories to book a place in the final with Tokyo Medical and Dental University. The Institute won its final match 31-23. During the preliminary round, 3rd-year Mechanical Engineering student Daisuke Dobashi and 3rd-year Information and Communications Engineering student Ryu Azumi also produced the 5th and 6th-best individual performances respectively. 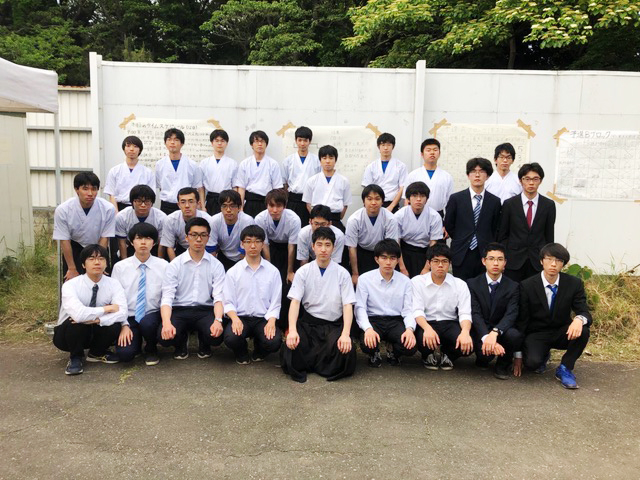 The men’s team won this competition last year, and our goal was a consecutive victory this year. That said, we really struggled throughout this tournament. We were not hitting our targets, either individually or as a team, but somehow we were able to win our matches. At the end of the first day, we were very uncertain about whether we would achieve our goal. However, during the final when it counted the most, the team came together to produce the best result of the weekend, earning us victory.

I think the Kyodo Club has become a lot stronger as a result of this contest. Everyone is working hard to balance their time between studies and club activities. After a good result at the rookie contest and now this win, we hope to continue this momentum as a team so we can win future regional, national, and league competitions.

The women’s competition was held on May 18 and 19 at the archery grounds of the University of Tokyo, Tokyo Gakugei University, and Tokyo Tech. The preliminary round was divided into Blocks A and B, with the two best teams from each block advancing to the finals. Each of the eleven participating universities nominated four archers who shot eight arrows each.

Once again, Tokyo Tech performed well, reaching the final with Hitotsubashi University. It was a thriller, but in the end, Tokyo Tech succumbed to a 19-20 loss, finishing in second place. Some of the women’s individual performances, however, offered some consolation. 3rd-year Electrical and Electronic Engineering Mizuki Takeuchi was first, while 3rd-year Civil and Environmental Engineering student Megumi Ito finished fifth in the individual category. 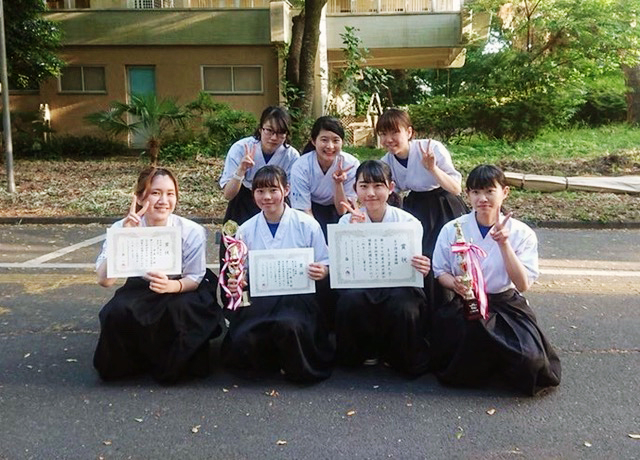 All smiles on women’s team

At this competition, we continued winning until the semifinal, but unfortunately, we lost our final game. Still, we were able to produce consistent results throughout the contest, which is not always the case during practice sessions. I think each of the team members experienced personal growth as a result of this competition.

With the start of the new academic year, everyone is very busy with their studies. Most team members seem to have found a good balance between learning and practice. I hope we can maintain this balance while working hard to achieve our goals. As a 3rd-year student, I have six more months to prove myself at competitions before I leave the club. I look forward to spending the rest of this time fighting for victories with my teammates.

The Tokyo Tech Kyudo Club studies and practices the Heki-ryu Insai branch of Japanese archery under the guidance of Master Takashi Isobe. The club currently consists of 30 male and 11 female members. Three practice sessions a week are held at the Ookayama Campus field, but members are also free to practice independently at a time that suits them best. Over two-thirds of current members began kyudo after entering university, and everyone is encouraged to participate in competitions.