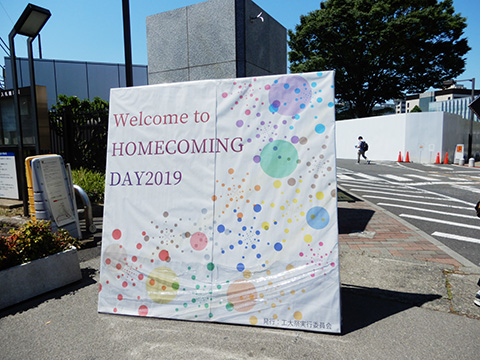 The 8th annual Homecoming Day, organized jointly by the Institute and the Tokyo Tech Alumni Association, was held on May 25, 2019 at the Ookayama Campus. In addition to the general meetings and lectures hosted by alumni associations, events included campus facility tours for visitors including those from the local community, science experiments for elementary, middle school, and high school students, and performances by student clubs.

Defying the May heat, large numbers flocked to each event, resulting in a vibrant and festive day.

The unveiling ceremony for the "Roots of Robocon" monument and other events hosted by the Department of Systems and Control Engineering and its alumni association, Yokyu-kai, also took place on the day. The monument was unveiled by those involved in the contest, including Professor Emeritus Masahiro Mori — the founder of Robocon himself. The monument can be found at the greenery area at the west end of South Building 5. 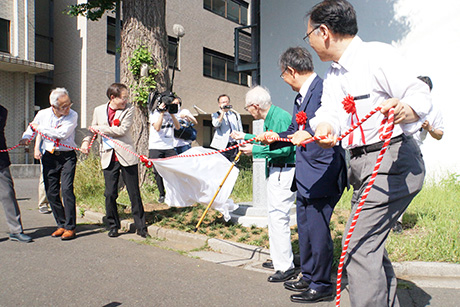 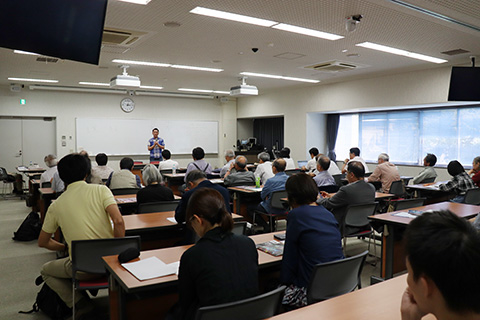 Live music was provided by jazz band Los Guaracheros, a capella club Ajiwai, and the alumni group of the men's choir Schwalben Chor, while the Juggling Club (Jug Tech), Magic Club, and Aikido Club performed demonstrations that delighted the audience. Technology-related clubs also joined forces to show off their handiwork and impress the crowd. 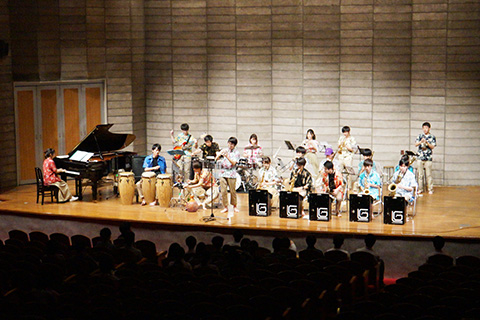 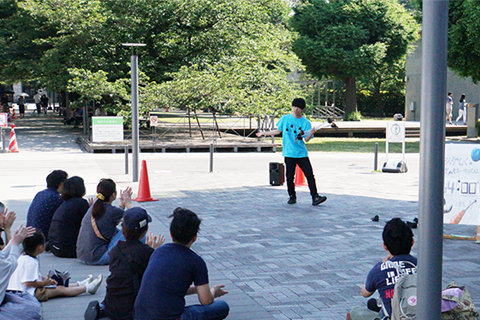 Tours were held for anyone keen to take a look inside the Museum and Archives, Library, TSUBAME supercomputer, and the Collaboration Center for Design and Manufacturing. The library's first-basement public area and the second floor, normally only accessible to Tokyo Tech members, were open to participants in a 20-minute tour. The building also became the venue for a riddle-solving game, in which visitors searched for hidden clues. 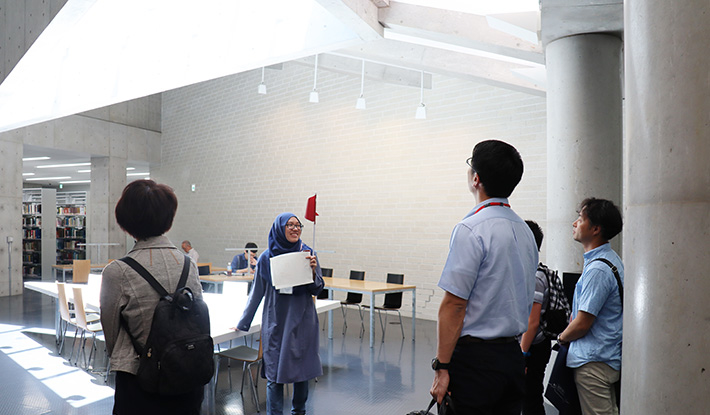 The science workshops always attract plenty of elementary and middle school students, and this year was no exception. The Tokyo Tech Alumni Association kept the youngsters entertained with Kurarika science workshops while the ScienceTechno (SciTech) club provided hands-on experiments and craftwork to satisfy the curious, youthful minds. 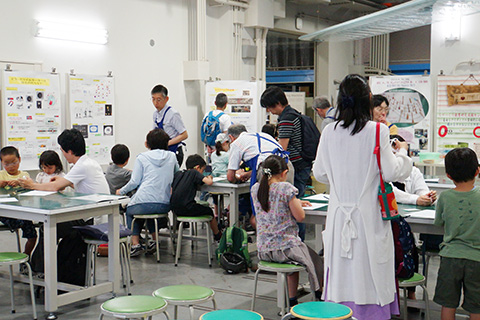 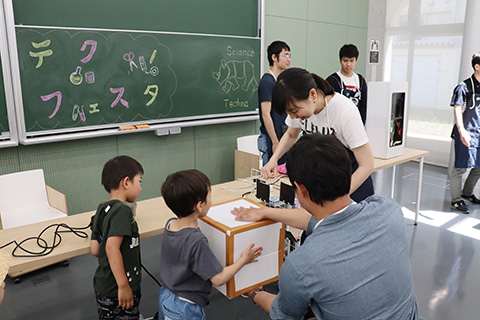 In the ever-popular Magic Class lectures, high school students had the opportunity to hear lectures on "Survival Science" and try experiments in the physics lab. 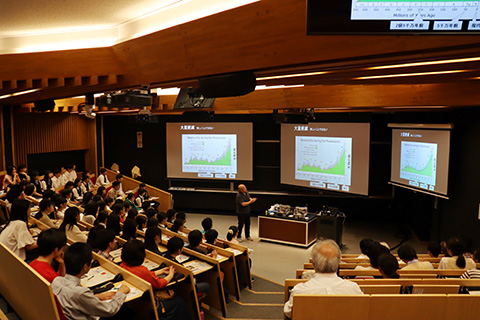 Magic Class 2019 in the Lecture Theatre 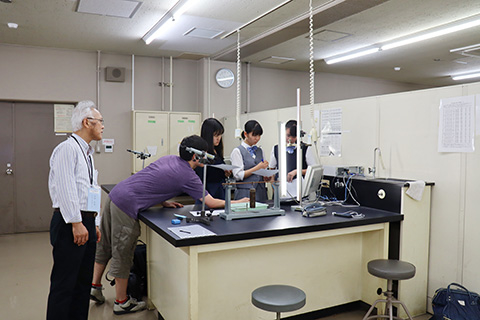 At noon, a luncheon at Tokyo Tech Front's Royal Blue Hall was hosted by President Kazuya Masu, bringing together representatives of academic and student club alumni groups, and executives of the Tokyo Tech Alumni Association. The president expressed his appreciation to the association and groups for their ongoing activities and deepening cooperation with the Institute. 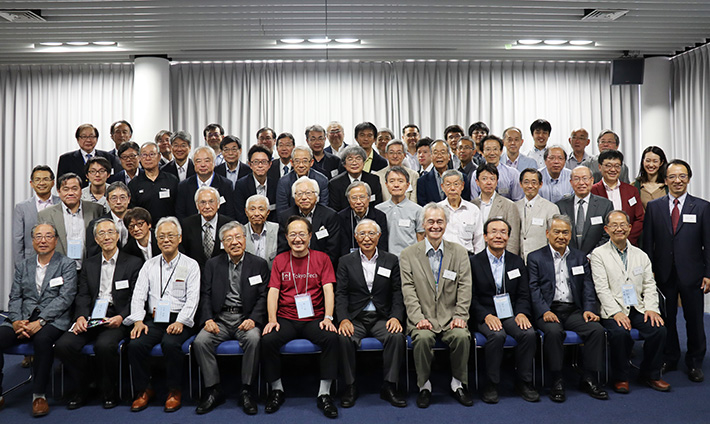 Attendees at the special luncheon 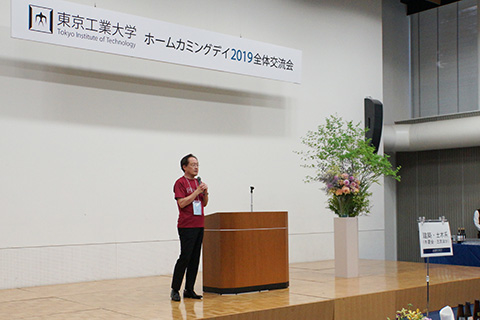 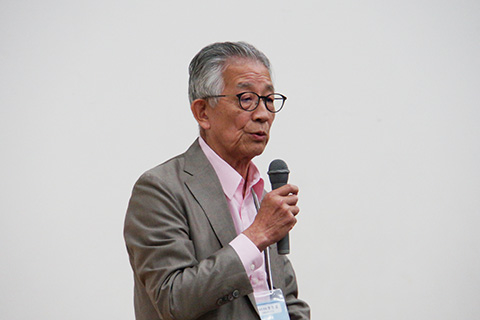 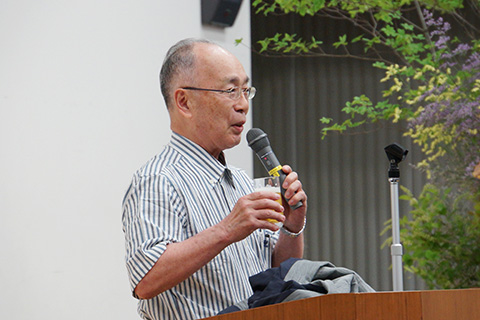 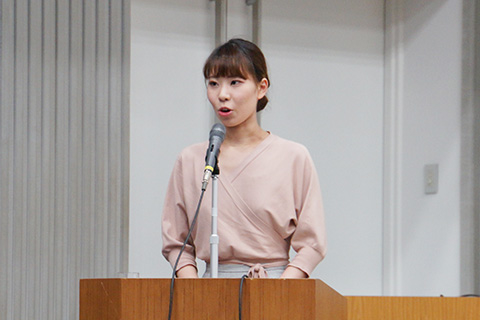 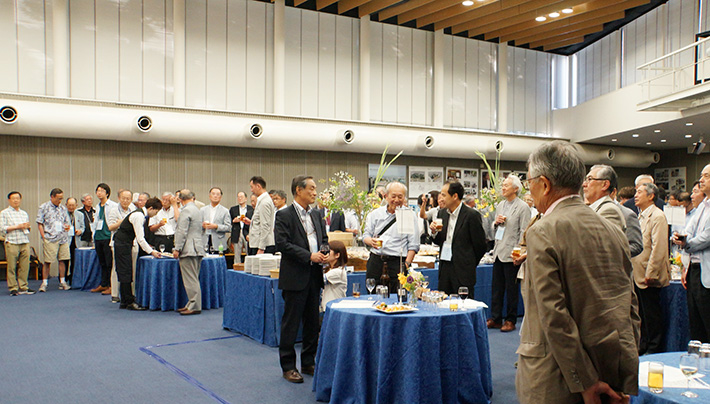 Next year's 9th Homecoming Day will be held on Saturday, May 23, 2020. Be sure to mark the date in your calendar, and join in the festivities to find out what Tokyo Tech is all about.