Fuchiwaki played in eight games during the spring session in April and May. He had 13 hits in 31 at-bats, giving him a batting average of 0.419. Six of his thirteen hits were doubles. 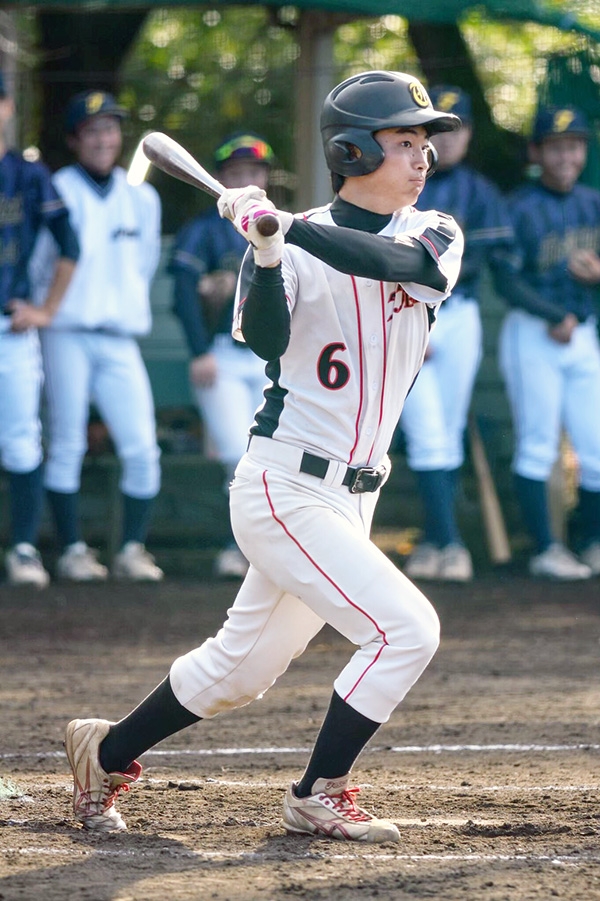 This is the first time I achieve an individual title, so I am very pleased. I think this is the result of the quality of our training sessions, even though our practice times and locations are fairly restricted compared to other teams. However, it is disappointing that, as a team, we finished last in our group.

My research currently focuses on the practical application of ultrasonic waves, so I am following the footsteps of the baseball club's Professor Kentaro Nakamura. While making time for both baseball and research, I will do my part so that the team can share better news in the fall season.

According Professor Taku Uemura, the first faculty member to manage the club, the Tokyo Institute of Technology Baseball Club was established in 1922. Before World War II, Tokyo Tech's main rivals were present-day Hitotsubashi University, University of Tsukuba, and the former Chiba Medical University.

The club joined the Tohto University Baseball League in 1946. The league is divided into four groups, with 21 universities in total. Groups 1 and 2 consist of the strongest universities, which send players to professional leagues every year. Tokyo Tech played in Group 1 from the spring of 1948 to the fall of 1950, but since then has played in Group 3 or 4. The club works hard to improve their technique and teamwork by squeezing in practice sessions early in the morning or between lectures and experiments.

The club, which is quickly approaching its centenary, has had approximately 450 members throughout its history. With the support of alumni and former team members, the club is aiming for a promotion to Group 3 without compromising its Tokyo Tech style.