Tokyo Tech has hosted this event biannually since 1991 to promote academic and cultural exchange. Since 2010, the event has also included an orientation, providing attendees with useful information about Tokyo Tech in English. 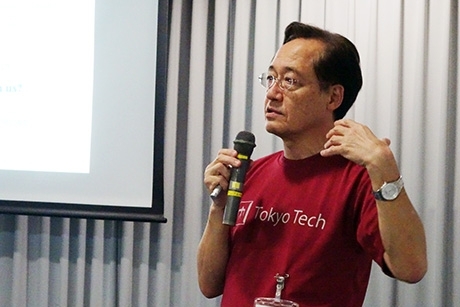 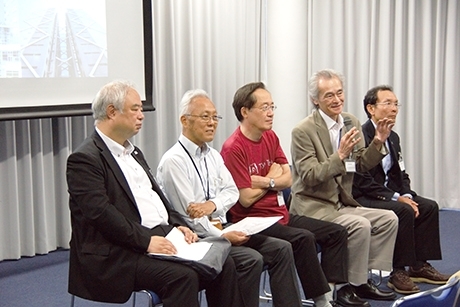 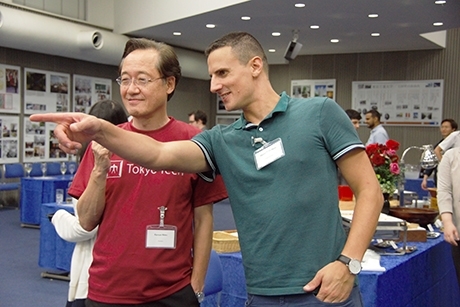 After the orientation, a reception was held. Mizumoto welcomed participants in his opening remarks while Watanabe offered a toast to Tokyo Tech's newest researchers, three of whom also gave short presentations about their work and experiences. Overall, everyone enjoyed mingling in a relaxed atmosphere. Dean of the School of Environment and Society Norihiro Nakai gave the closing address, ending the event with inspiring words on internationalization.

The next Tokyo Tech Global Researcher Gathering will be held on February 7, 2020 at Suzukakedai Campus. 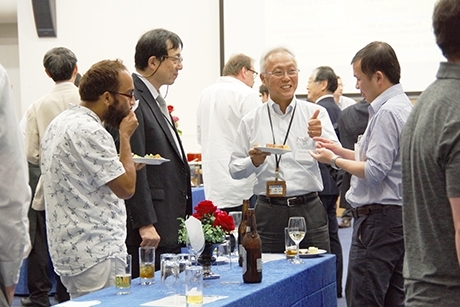 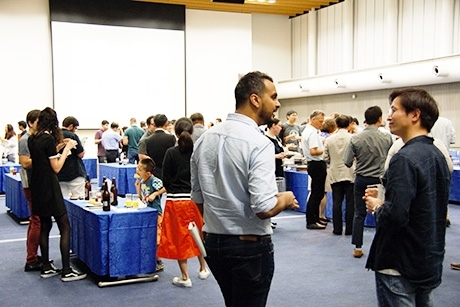 Families and friends in group photo