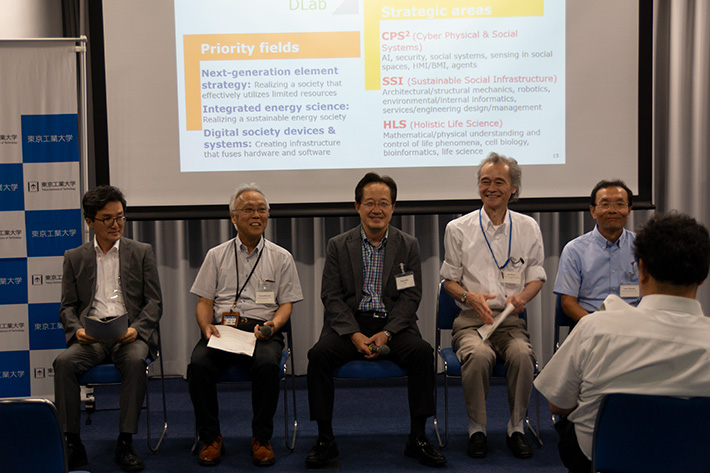 Tokyo Tech has hosted this international exchange party biannually since 1991 to promote academic and cultural exchange among its faculty members and international researchers engaging in education or research at the Institute. Since October 2010, the event has also included an orientation in order to provide researchers with the opportunity to learn more about Tokyo Tech.

At the orientation, President Kazuya Masu gave a brief summary in his speech about Tokyo Tech's history and mission, and its selection as a Designated National University Corporation by Japan's Ministry of Education, Culture, Sports, Science and Technology. During the Q&A session that followed, Masu and the four executive vice presidents answered many questions from participants, which inspired interesting discussions.

At the exchange party after the Q&A, Executive Vice President for Education Tetsuya Mizumoto welcomed everyone in his opening remarks. Three "surprise speeches" were made by guests in attendance, and faculty members and international researchers enjoyed listening to these as well as mingling with other participants in a relaxed atmosphere. Executive Vice President for Research Osamu Watanabe gave the closing address for the lively event. 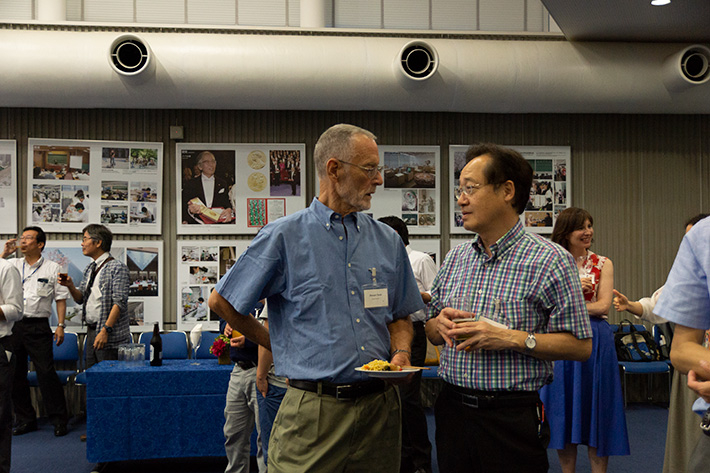 President Kazuya Masu (right) having a pleasant talk with an attendee