The 2019 edition of the Imperial-Tokyo Tech Global Fellows Programme took place from June 10 to 14. Tokyo Institute of Technology started this training camp-style professional program in collaboration with Imperial College London (Imperial) last year to hone communication abilities and leadership skills that go beyond the borders of academic discipline and nationality, with a secondary goal of building a collaborative network between young researchers.

In this second year of the program, forty doctoral degree students (twenty each from Tokyo Tech and Imperial) united under a theme related to one of the United Nation's Sustainable Development Goals — Climate Action

. They met at Lee Valley VeloPark, the venue for the cycling events at the 2012 London Olympics.

During the five-day program, participants deepened their understanding of climate change through lectures, exchanging opinions with specialists and taking tours of related facilities. That all led to presentations on the final day in which the teams proposed climate change countermeasures as research projects. It was a fulfilling session as the participants experienced the joys and difficulties of working in teams with members from different backgrounds.

Tokyo Tech prepared its part of the program — Global Camp — through the doctoral program's Humanities and Social Science course. With Vice President for Teaching and Learning Junichi Imura serving as project manager, the working group established in the Education Planning Section of the Office of Education and International Cooperation included Professor Takehiro Inohara, Associate Professor Hironao Kaneko, and Associate Professor Yuto Koizumi, all from the Institute for Liberal Arts, and Eriko Kitajima, an International Student Exchange Division staff member. 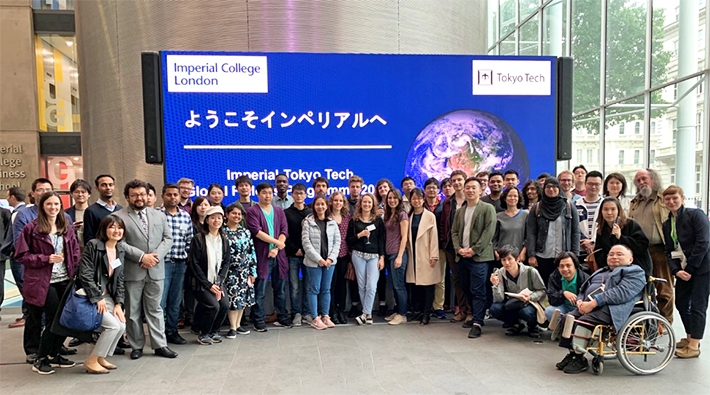 The forty students and accompanying faculty members gathered in Lee Valley VeloPark to get acquainted. Although the students seemed nervous at first, they relaxed soon after the icebreaker activities. The participants were grouped into five teams of eight based on their diverse academic disciplines and nationalities, and stayed in those teams throughout the program to brainstorm solutions to climate change issues.

In the afternoon session, students learned more about climate change during presentations from five world-class experts, including Dr. Yoko Tsushima of the Met Office and academics at Imperial. The students heard from researchers in various fields including greenhouse gases, water cycles, solar power and other renewable energy, the relationship between climate change and infectious diseases, and energy systems, absorbing various knowledge on the current state of climate change and ongoing research. This was an invaluable opportunity for the students. They also enjoyed a card game designed by Kaneko in which they made Q&A cards to be matched up after they researched facts on climate change. 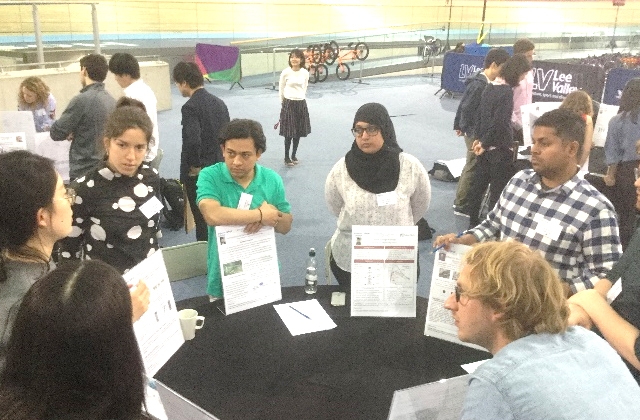 Communication started with introductions using personal posters made in advance 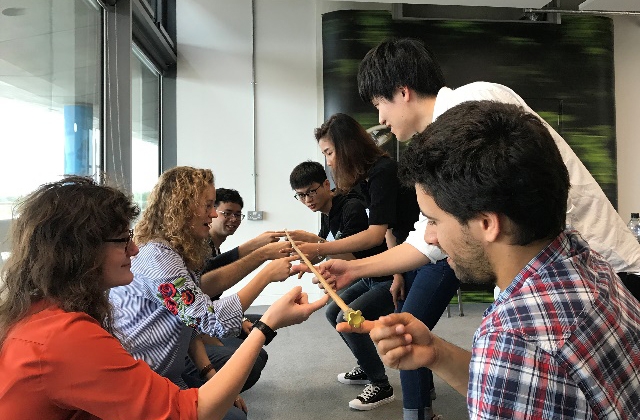 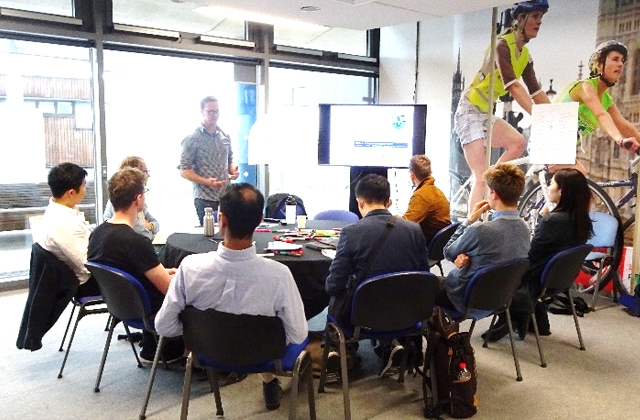 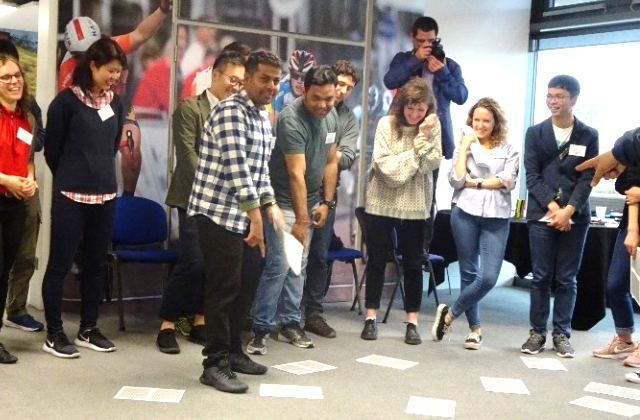 During the morning session, students played a game that called on their ability to communicate and closely cooperate with their team members as they attempted to solve five tasks. One activity designed by Inohara involved grasping research ethics properly. The teams grappled with the tasks, and the exercise seemed to have improved unity among the teams by the time they completed the activities. After lunch, the entire group visited the Crystal, an exhibition site operated by Siemens. They learned about water, electricity, energy, residence and traffic infrastructure of cities around the world through exhibits and simulations designed to create an environmentally friendly and sustainable future society. 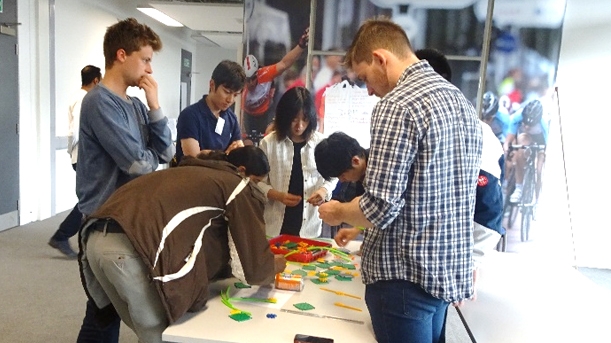 Teams working together to complete activities 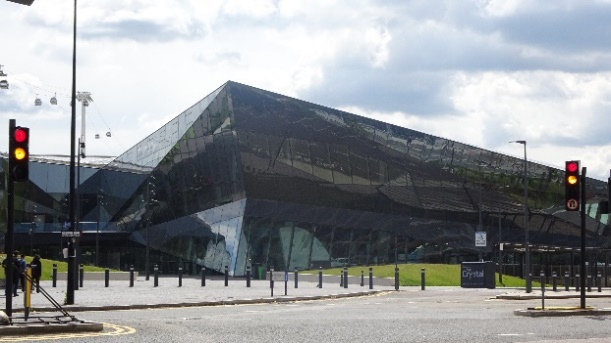 The Crystal by Siemens 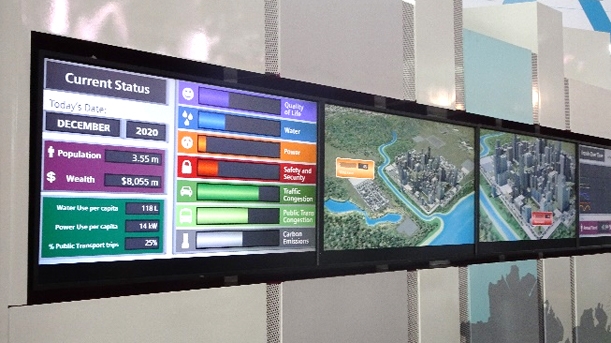 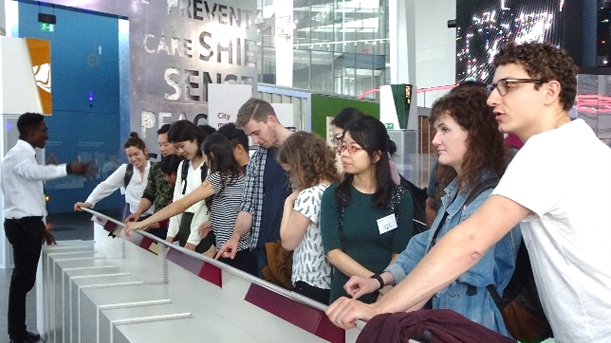 Students visited Imperial's newest campus White City, established with the mission of conducting world-leading innovative research and contributing to society by capitalizing on the results. One of the speakers was the founder of the startup Capta, which protects the health of people in developing nations by focusing on parasites. In fact, the founder participated in the first program held in Tokyo last year under the theme "Innovation to Eradicate Poverty," where he was inspired by the project his team developed. He continued to conduct research with another participant back home, which led to the founding of Capta. Taking clues from this successful case, each team discussed ideas about effective approaches to solve issues surrounding climate change. 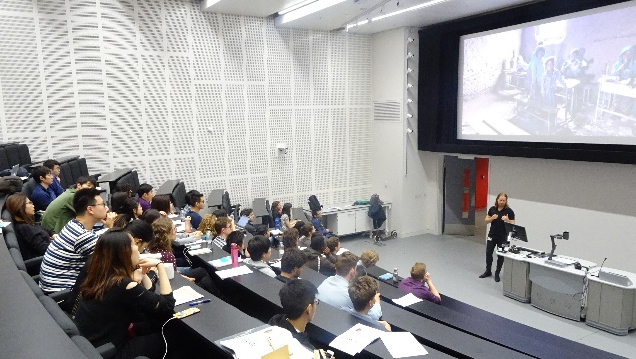 Presentation by researcher who participated in past program 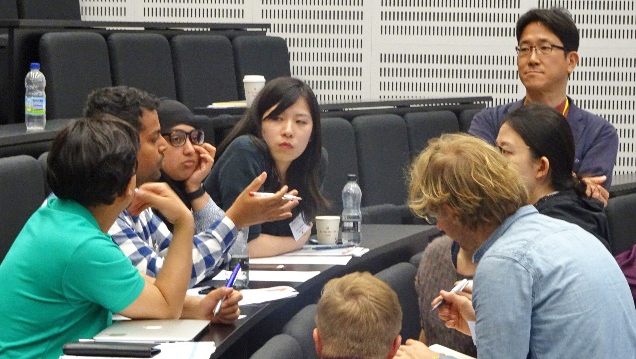 While continuing their brainstorming from the previous day, all teams started actual work on their group projects on Day 4. Their task was to channel multiple discussions into a single project as a team. The diversity of the team members produced various opinions, and the discussions became heated among some teams. This made it hard to focus on one topic, but everyone tried their best to listen to their teammates' opinions and contribute.

The early evening featured an elevator pitch session in which each team presented an outline of their project. They then received questions and comments from other teams — such as "How will you get people in the community involved?" and "What are the expected costs?"— and applied that input to refine their project. 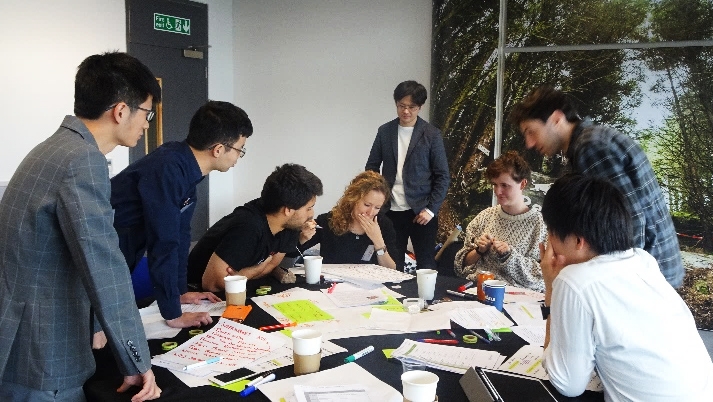 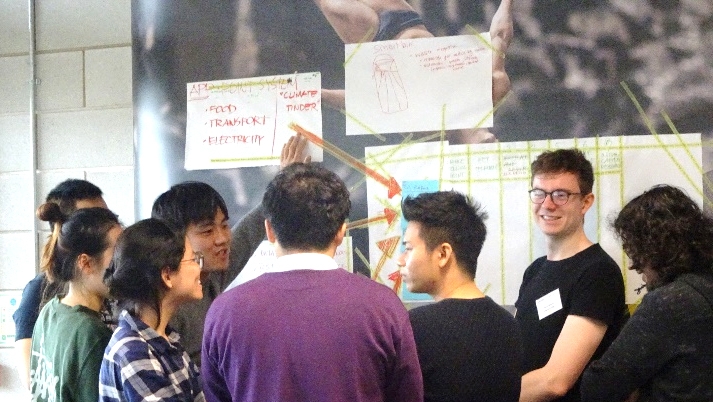 Teams at work: Brainstorming and deciding on single topic for team projects 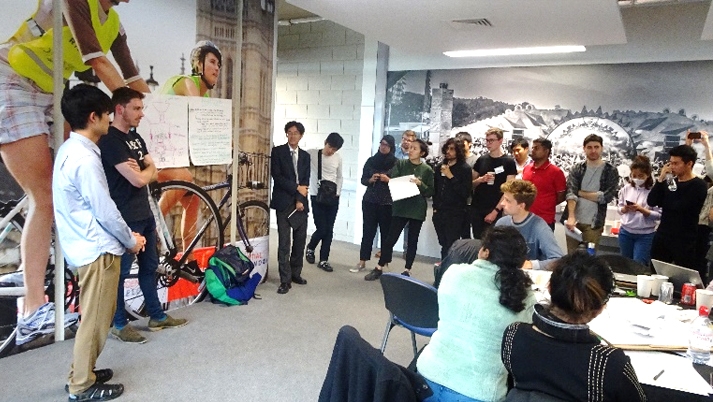 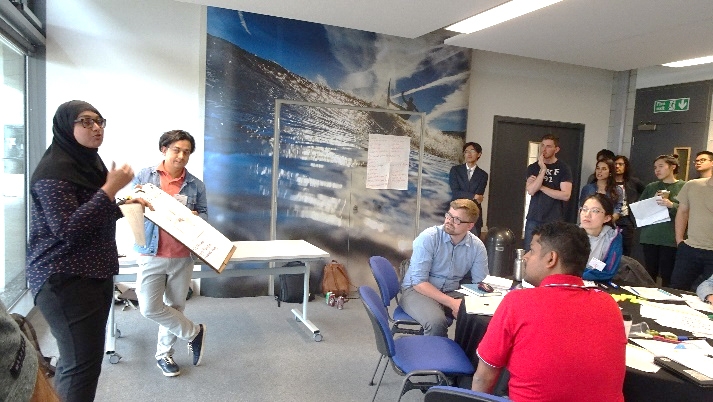 The final day was presentation day — the culmination of the program. Team members worked on their shared tasks to prepare the presentation posters and completed them using only colored pens and paper. Imura and two Imperial academics, one of whom had given a presentation on the first day, served as judges. Filled with originality, the presentations revealed the value of the teams' extensive discussions on solving climate change issues. After the presentations were finished, the judges chose the three most outstanding projects. Professor Sue Gibson, the director of the Graduate School of Imperial College London, awarded each participant with a certificate of completion for the program.

Two first secretaries from the Embassy of Japan in the UK — Koji Ogawa (science and technology) and Toshinori Sano (education and sports) — as well as staff members from the London Office of the Japan Society for the Promotion of Science were invited to attend the final presentations. 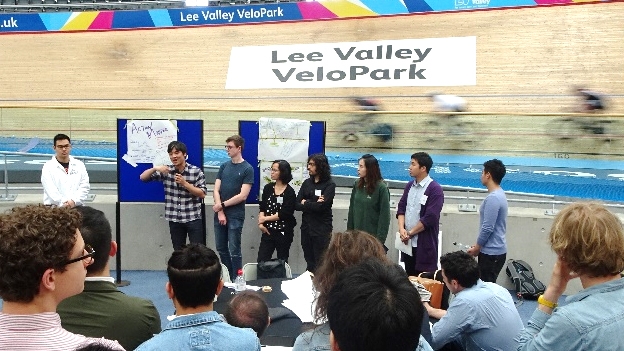 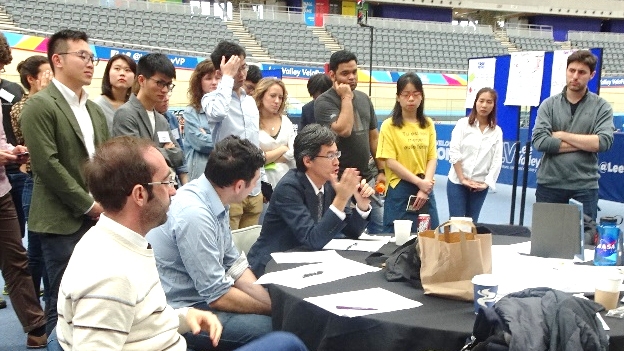 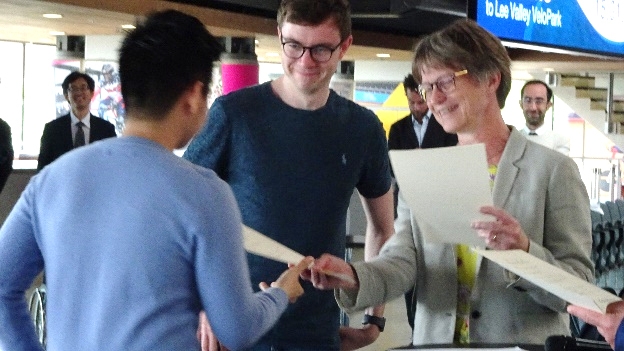 Students from both universities had deepened relationships through other activities such as dining together in their free time. The program closed its curtains with the hope that the student network created here will lead to further research exchanges.

Six Tokyo Tech students stayed in London for an additional three to four weeks after the program ended to conduct fieldwork and other research under the guidance of a laboratory instructor at Imperial.