The Tokyo Tech Rowing Club finished third in the men's coxed four category at the DGIST World-Class University Festival, held from August 21 to 25 at Daegu Gyeongbuk Institute of Science and Technology (DGIST). 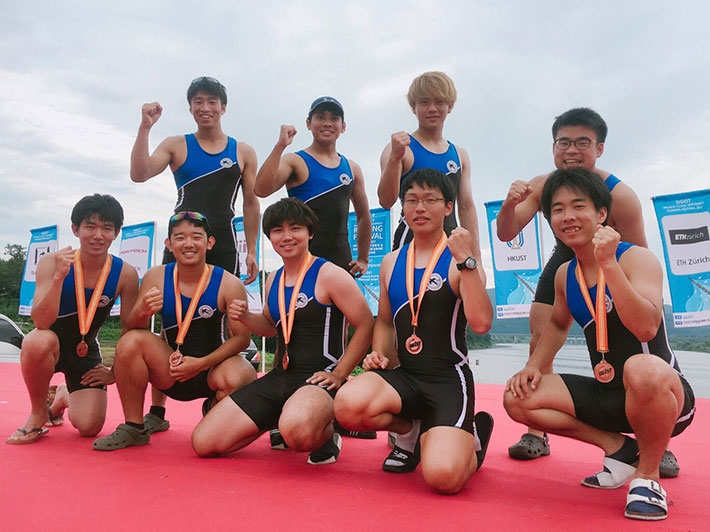 This international sports event was an extremely enjoyable experience. During the mixed eight race, half of our team — the ladies from UNIST — did not speak any Japanese, but I was able to create a positive atmosphere using English. In the future, I will strive to create similar good vibes during our practice sessions and races.