Since 2007, Tokyo Tech has cooperated with the National Science and Technology Development Agency (NSTDA) of Thailand and leading Thai universities in the establishment and administration of Thailand Advanced Institute of Science and Technology (TAIST)-Tokyo Tech, a jointly organized graduate education program that fosters highly skilled researchers, engineers, and R&D personnel to advance research and development. 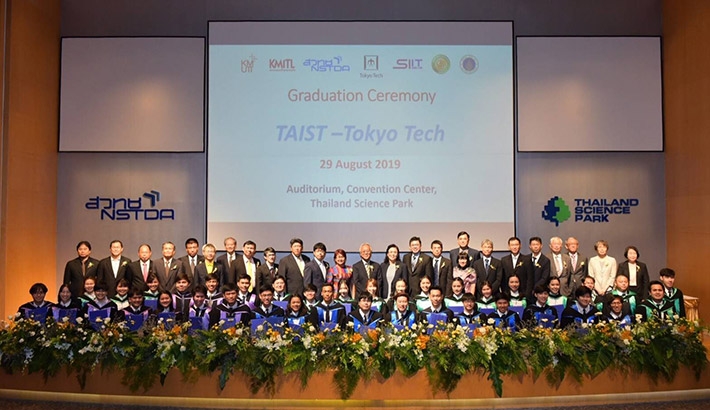 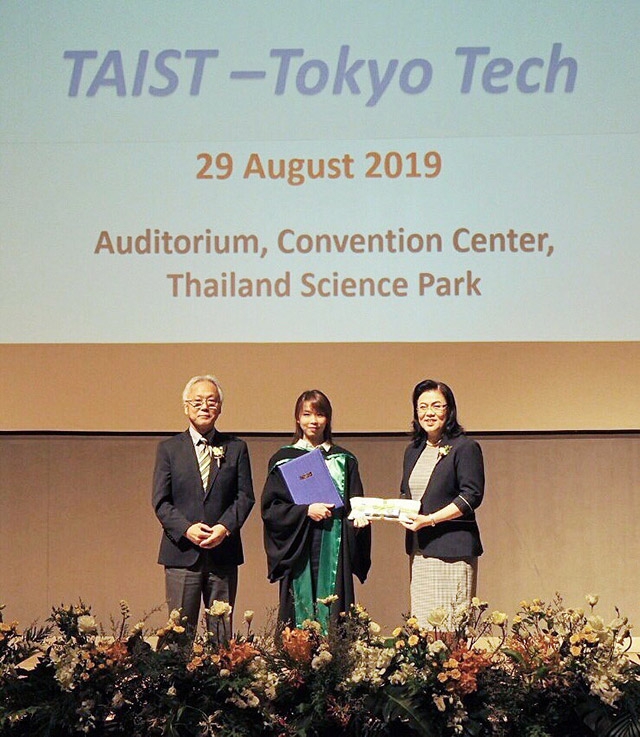 The TAIST-Tokyo Tech Graduation Ceremony for academic year 2018 was held on August 29, 2019 at the NSTDA in Thailand Science Park, Pathum Thani Province.

Each graduate received a certificate of program completion from Mizumoto and a gift from NSTDA's Thuvasethakul. Certificates of completion for the optional RT Curriculum were also awarded.

The total number of graduates of the program now stands at 395. Program alumni are highly sought after, not only by Japanese and Thai companies, but also by universities and research institutes in Thailand and neighboring countries. A number of graduates have advanced to doctoral programs at western and Japanese universities, including Tokyo Tech.