Tokyo Tech pair Ei Okada and Ryotaro Horie finished first in their qualifying round of the 86th Kanto Intercollegiate Student Sailing Competition, earning them a place in the finals in early October. Okada and Horie raced in the Snipe1 class of the competition.

The qualifiers, held on September 28 and 29 at Morito Coast in Hayama, Kanagawa Prefecture, involved 45 pairs from 15 universities in the Kanto region racing in two-person sailing boats. The Titech Sailing Team, Tokyo Tech's official student sailing club, registered three teams for both the Snipe and 4702 classes. Their overall team performance was enough in both classes to ensure progression into the finals. 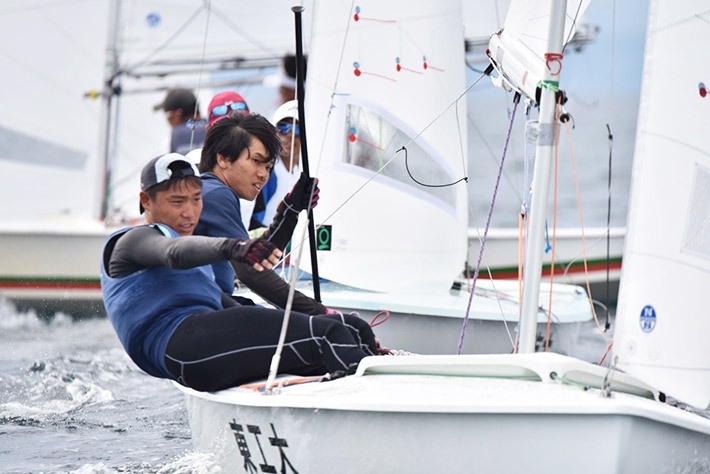 Last year in this competition, I slowed down the team and we didn't not qualify for the finals. I used that disappointment as a springboard during my practices, and I was able to get my revenge this year. Looking ahead, we aim for even better team results next year.

I am extremely happy that we achieved this result. Our earnest attempts to go just that little bit faster paid off. I have now raced together with Ei for a year, and really appreciate having him as my pair.