The Laboratory for Design of Social Innovation in Global Networks (DLab) has held numerous gatherings with diverse participants since September 2018 to discuss how we can work together to create a better future. On November 16, 2019, DLab hosted a workshop for high school students at Science Agora, a Japan Science and Technology Agency-sponsored event that aims to engage the public in science-related discussion. 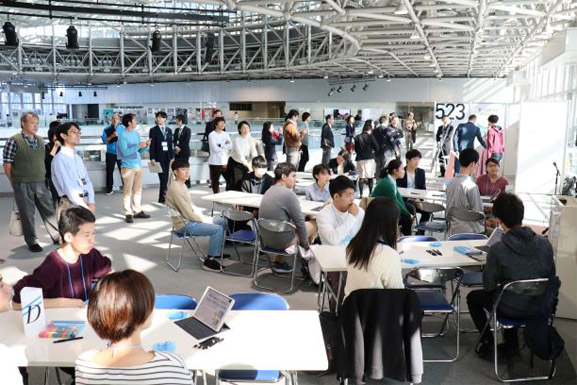 What do you think of this kind of future?

DLab's workshop, entitled "What do you think of this kind of future?", brought together ten high school students with three of the Institute's graduate-level students and one Tokyo Tech alum. The objective was to introduce the participants to over 20 future scenarios created by DLab and the public, and to brainstorm technology and mechanisms that would help make some of these scenarios a reality.

Teams tackling the link between failure and creativity were quick to point out that successful products such as post-it notes were the result of developmental missteps, and that failures to clean up at the lab had led to unexpected discoveries by high school students. Three teams brainstorming the elimination of food shortages agreed that simply sending supplies to areas in need was not sustainable, and that a worldwide solution would require careful consideration of the habits, beliefs, and backgrounds of people around the globe.

Throughout the session, Isobe and co-facilitator Shinjiro Kanae, a professor at the School of Environment and Society, offered advice and encouraged the teams to think far outside the box. 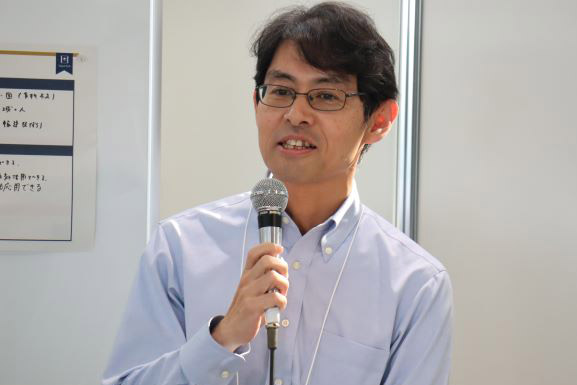 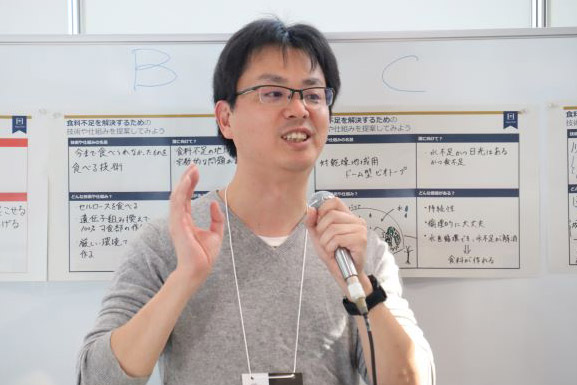 To wrap up the event, all participants shared with the group their unique ideas. These included various technologies to turn non-edibles into food and grow produce in deserts using dead leaves, leftovers, and other sources as nutrients. The dry-region biotope, which circulates water within a dome while blocking out the atmosphere — thereby enabling the production of food in harsh environments — was collectively voted as the top idea. A system that is capable of distinguishing good and bad failures was also recognized with an award. 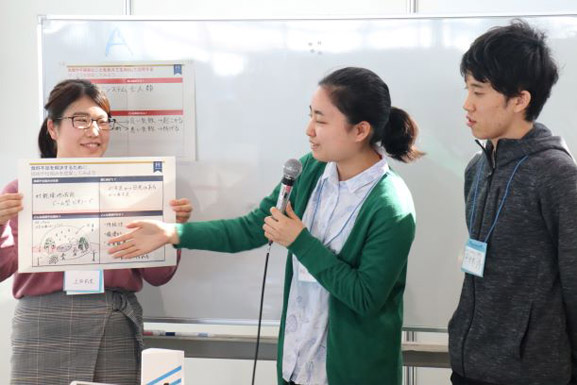 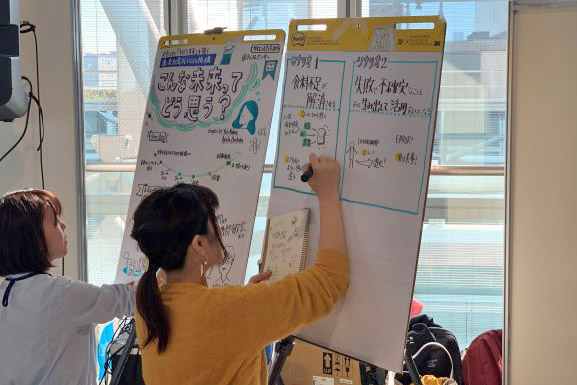 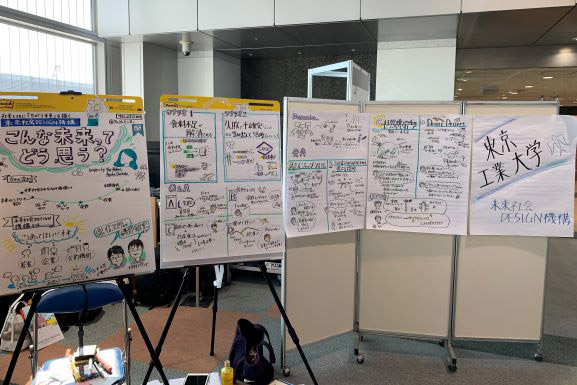 Graphic recordings of the groups' ideas

After the event, the Institute's facilitators reflected on their time with the youngsters.

"Tokyo Tech researchers are currently working on methods to desalinate seawater and technologies that allow cacti to accumulate freshwater. If we can better align university research with the future envisioned by younger generations, we can surely create a better future," Isobe stated.

"While I hope that the participants enjoyed themselves, this was also a very informative session for me personally. I heard a variety of suggestions for the future, all of which were the result of creative thinking and open discussion," Kanae expressed his enthusiasm. 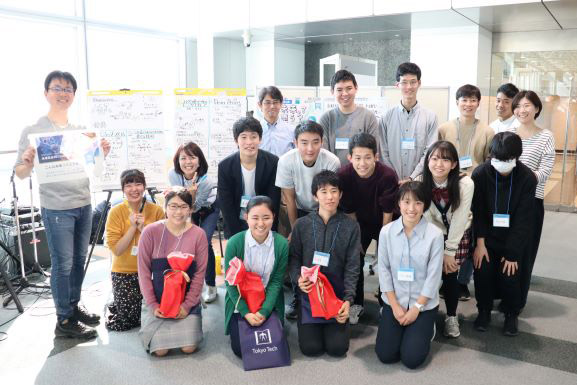 All smiles after the session

Science Agora, an event that aims to unite universities, research institutions, corporations, and other science contributors with members of the public, is the largest of its kind in Japan. The event, which attracted over 5,200 participants in 2019, has been held annually since 2006. DLab and Tokyo Tech are excited to share and develop ideas with younger generations through public events such as Science Agora.

DLab will release the Tokyo Tech Future Chronology, a collection of future scenarios created together with the public, at a venue in central Tokyo on January 20, 2020. This will be followed by another workshop scheduled for early March.

Laboratory for Design of Social Innovation for Global Networks