On November 21, a press seminar was held by Assistant Professor Masahiro Yamashina of the School of Science.

Typically, molecules are composed of strong covalent bonds and function as individual units. However, when multiple atoms or molecules are joined by weak bonds such as electrostatic interaction, they are called supramolecules. Molecules with nano-sized spaces (host molecules) are capable of trapping other molecules using supramolecular force. Unlike single molecules, supramolecules have unique properties as aggregates.

The following three topics were discussed at the seminar:

Yamashina explained the research findings in an easy-to-understand way using models of molecular capsules. Members of the press showed keen interest and contributed to a lively discussion. 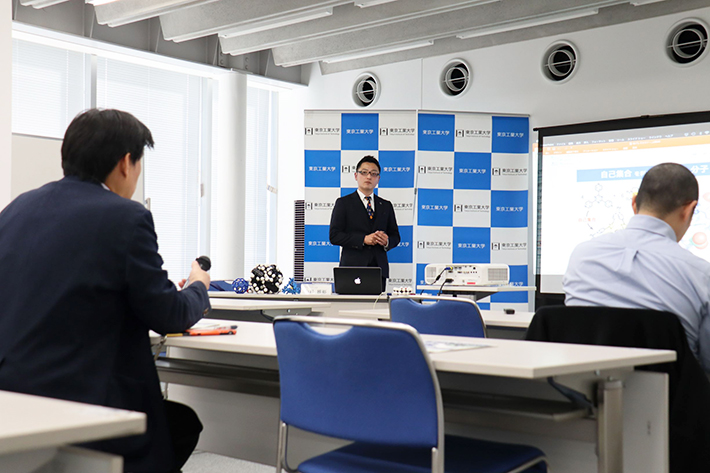 The field of supramolecular chemistry started in 1967 when Charles Pedersen discovered crown-shaped host molecules called Crown ethers1. One host molecule commonly used in daily life is cyclodextrin. Cyclodextrins have a structure where glucose is bound in a donut shape, allowing them to take various organic molecules into their lipophilic cavities. For example, cyclodextrins can take in excess fat from meals, allowing it to be discharged from the body. They can also take in bitter components to prevent bitterness. In this way, host molecules with nanospaces have the unique ability to (1) envelop other molecules and (2) change the properties of the enveloped molecules. Because of this, researchers around the world have created various host molecules, and there is ongoing research to understand their properties.

It was discovered that molecules that are unstable in light and heat (radical initiators) become dramatically more stable when incorporated into molecular capsules. This is because the encapsulated compound is protected from light by the light-absorbing effect of the molecular capsule (light shielding effect). In addition, when a compound is unstable due to heat, the heat causes the chemical bonds of the compound to expand, and after a certain point, the bonds are broken and degraded. However, in the limited space of molecular capsules, the bonds cannot be extended, so it becomes stable in heat. This is known as the compression effect, and makes it over 700 times more stable than normal.

The male hormone testosterone, and the female hormones progesterone and estradiol have very similar structures. Proteins are able to accurately identify these slight differences, but this was difficult to achieve using artificial host molecules. In contrast, it was found that a molecular capsule created by Yoshizawa envelops testosterone with an accuracy of over 98%. Using this property in combination with fluorescent molecules, it is possible to detect even trace (nanogram-scale) amounts of testosterone contained in urine. 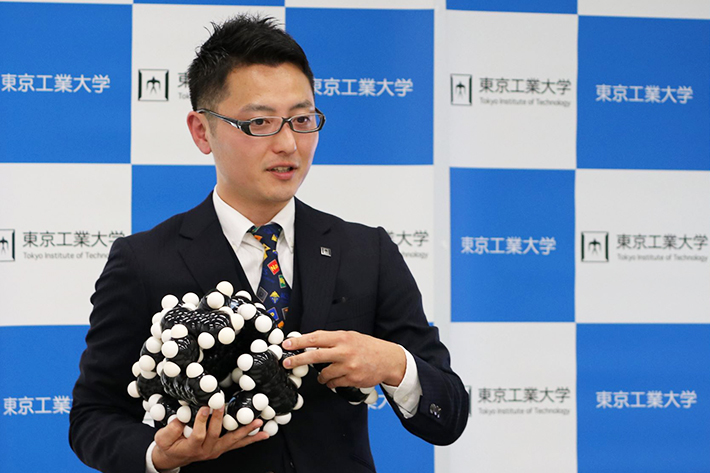 Enveloping molecules with molecules. Including the examples introduced here, nano-sized spaces have the ability to change the properties of other molecules. In other words, it is possible to derive completely different properties from the same molecule by changing the shape and spatial properties of the host molecule. And there are a huge number of combinations. In the future, the research is expected to create new value for molecules previously considered ordinary. Applications in various fields are expected, such as in self-healing materials and ultrasensitive drug detection methods. 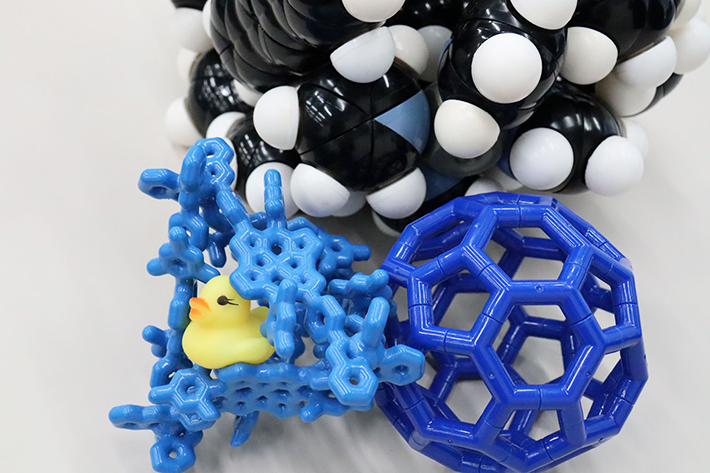 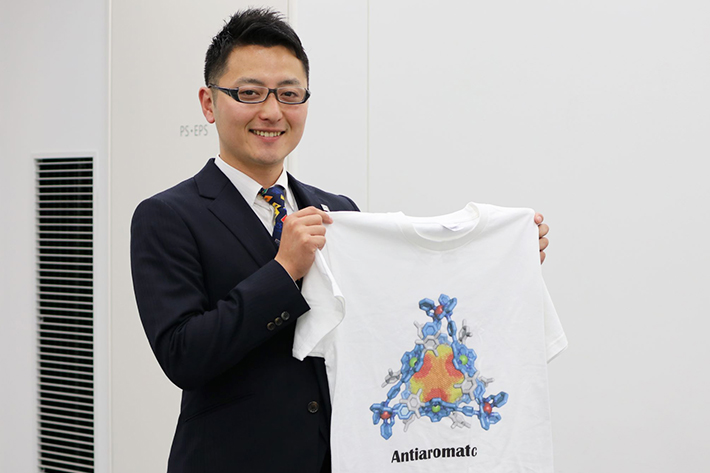 Similar to the way environments affect us emotionally, molecules are also affected and changed by the space that surrounds them. The former (such as with interior decor) may be planned by an interior designer and constructed by a craftsperson. Similarly, we supramolecular chemists are "nano-space designers", designing and constructing microenvironments for molecules. Although the space we design is very small, we believe that it has great potential to enrich society. That drives us to continue exploring the possibilities of nanospaces.

A cyclic ether represented by the general structural formula (-CH2-CH2-O-)n. It is capable of enveloping metals that fit in its space, and is used in organic syntheses requiring metal.

A rigid panel-like polycyclic aromatic molecule. It is fluorescent and is used in various materials.

Generally, molecules containing a benzene ring are referred to as aromatic molecules. These molecules have 4n + 2 π-electrons, making them very stable. They are used in pharmaceuticals and various materials.

Cyclic molecules with 4n π-electrons that are generally unstable. As such, the properties of these molecules are often unclear.

An antiaromatic molecule. It was synthesized by Nagoya University professor Hiroshi Shinokubo and colleagues. It is antiaromatic yet highly stable.