Dr. Naohiro Yoshida, a professor at the Department of Chemical Science and Engineering and a principal investigator at the Earth-Life Science Institute, has been announced as the recipient of the 2020 Clair C. Patterson Award of the Geochemical Society and a Geochemistry Fellow of the Geochemical Society and the European Association of Geochemistry.

The Geochemical Society (GS), established in 1955, is an international non-profit scientific association for the promotion of geochemistry with approximately 4,000 members in 70 countries. Its headquarters is located in Washington DC, USA, and it is the largest international association in this research field. The European Association of Geochemistry (EAG) was officially established in 1985 with the goal of promoting geochemistry internationally and is a non-profit organization registered in France. In 1988, GS created the Goldschmidt Conference in honor of the geochemist Victor Goldschmidt (1888-1947), who EAG considers "to be the founder of modern geochemistry and crystal chemistry." It was soon joined by EAG in hosting the event.

The C.C. Patterson Award is named after Dr. Clair Cameron Patterson (1922-1995), one of the pioneers of geochemistry and cosmochemistry. Established in 1998, it recognizes innovative breakthroughs in environmental geochemistry. Professor Naohiro Yoshida is the first C.C. Patterson Medalist from Japan. 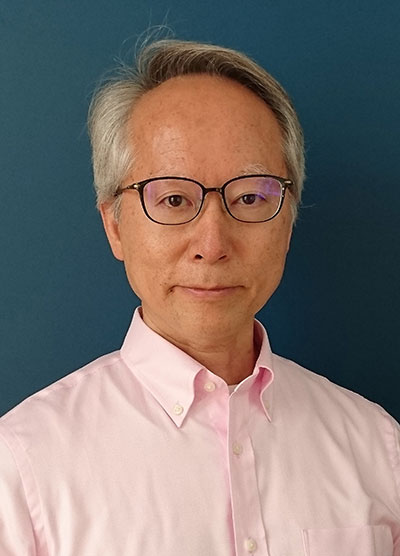 The development and application of isotopomeric isotope measurements for biogeochemical studies of oceans, atmospheres, and bio-element cycling have been recognized. In addition to the development of many new techniques, leadership in developing global collaborations on environmental measurements is highly valued for the C.C. Patterson Award.

Dr. Clair Cameron Patterson was an American geochemist. He was already working on the problem of environmental lead contamination in the 1940s as a student at the University of Chicago. He quantitively analyzed the cycling of lead and played a large part in later developments such as the improved quality of gasoline and the discontinuation of lead solder use on food cans. He also developed the lead-lead dating method, expanding on the uranium-lead dating method, as a member of the faculty at Caltech. One of his accomplishments there was using this method to determine the age of Earth with quite an accuracy in the 1950s based on the isotope ratios of the Canyon Diablo meteorite, building a foundation for the chronology of earth and space matter. I am greatly honored to receive this medal named after this legendary researcher. A further encouragement is that this award takes into consideration whether the work has gained momentum in the preceding decade, and this emboldens me that the direction of our research was not wrong and that I should continue working at this.

The Geochemistry Fellow honor recognized the pioneering of new paths in isotope biogeochemistry by developing position-specific isotope analysis, mass independent fractionation, multiple isotope substitution, and many other ways to measure natural abundance, along with the contribution to building for GS and EAG a cooperative framework with geochemistry in Japan.

Receiving these honors would not have been possible by my work alone. It was possible only with the assistance of 36 doctoral students, over 120 master's students, and over 20 bachelor's students; the collaboration of past and present faculty members, laboratory staff, and numerous collaborators in Japan and elsewhere; and the strong support of faculty and staff at our university. I would like to express my warmest gratitude to them all.