Fifteen Tokyo Tech students from 11 countries and regions were appointed as the latest Student Ambassadors in academic year 2021. These students, who represent various levels of study and possess different motives for coming to Japan and the Institute, share their thoughts on research at Tokyo Tech, the challenges of learning Japanese, the support system around them, and various other topics on the Tokyo Tech Ambassadors' Blog. Four of these Student Ambassadors are introduced on this page.

Cherishing the here and now 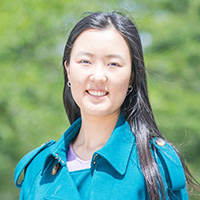 Tuo came to Tokyo Tech after graduating from Dalian University of Technology in the People's Republic of China. Currently a member of the Takashi Obi Laboratory, she became a Student Ambassador in April 2021.

Tuo first visited Suzukakedai Campus for an interview with her academic supervisor. She remembers having dinner in the cafeteria afterwards, admiring the orange sunset through the floor-to-ceiling windows, and feeling lucky to be a master's student in such tranquil, beautiful surroundings.

The cherry blossoms on Suzukakedai Campus, which bloom every March, have played a big part in Tuo's life. They have not only picked her up during difficult times, but have also taught her about Japan and the spirit of its people. Tuo has learned to appreciate ichi-go ichi-e, the concept of cherishing every moment in life — whether it is a pleasant or more challenging one.

Even on weekends, Tuo often finds herself on Suzukakedai Campus, relaxing and enjoying picnics with her friends.

Learn more about Tuo's experiences in her blog post Tuo: Hanami in Suzukakedai Campus and on her profile page. 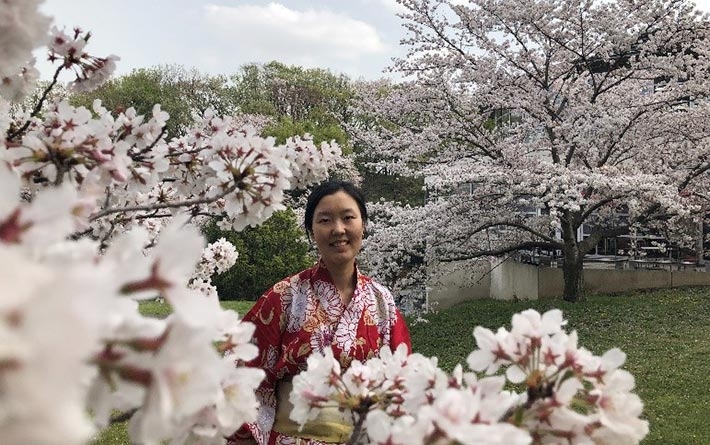 Tuo in yukata, immersed in cherry blossoms on Suzukakedai Campus 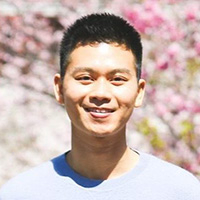 Jerome Silla first arrived at the Institute in 2014 as an exchange student from the Philippines. He has been a Student Ambassador since July 2020, and currently conducts research on international development projects at the Yamaguchi-Takada Lab.

During the six years that Japan has been his home away from home, Jerome has experienced homesickness on several occasions, and has discussed these feelings openly with his friends, many of whom have also experienced the blues. Jerome has learned that homesickness is a component of the collective experience of living abroad. It is a valid emotion, not a weakness. It comes and goes like the seismic tremors that are a part of life in Japan. One learns to live with them and through them, and the doors of the Tokyo Tech Health Support Center are always open for additional support.

Learn more about Jerome's journey through his blog article The Homesickness Blues.and his profile page. 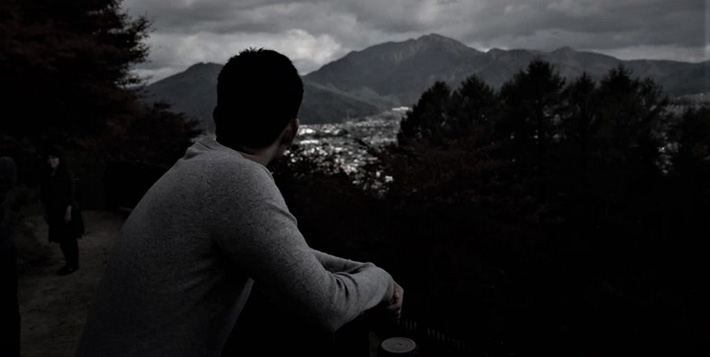 Broadening perspectives outside the university 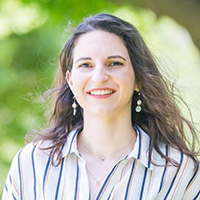 Elena arrived at Tokyo Tech from Greece after graduating from the National Technical University of Athens. She completed her master's degree at the Institute, and then joined the Takashi Obi Laboratory as a doctoral student. Elena has been a Tokyo Tech Student Ambassador since April 2021.

Elena has enjoyed several fruitful years at the Institute, but she has also expanded her horizons by developing strong connections outside Tokyo Tech. One way she has done this is by joining the Meguro International Friendship Association (MIFA), a local organization that promotes exchange between local communities and international students.

By joining MIFA's activities, Elena further polished her Japanese skills, learned to cook local cuisine, and met her Japanese "grandparents" through a one-day homestay program, with whom she keeps in touch to this day. Through the MIFA International Exchange Festival and other events, Elena has also been able to return the favor, sharing Greek culture with inhabitants of the diverse hotpot that is Tokyo.

Learn more about Elena's experiences in Tokyo through her blog post How to have fun with locals? and her profile page. 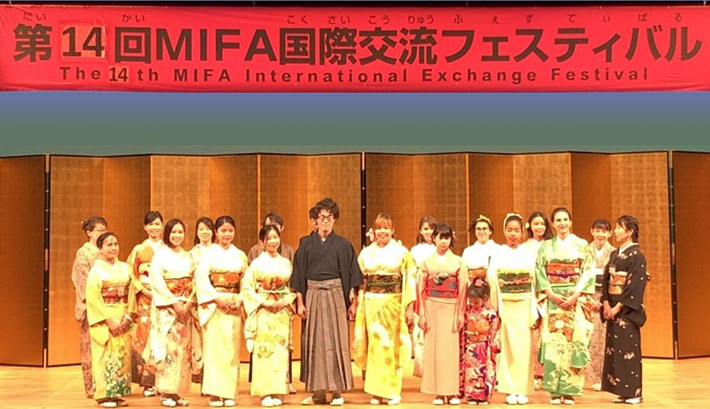 Elena in kimono (front, 2nd from right) at international exchange festival in 2019 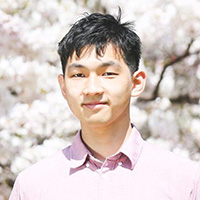 Cody Liu took the plunge and joined Tokyo Tech after graduating from high school in Taiwan. He is currently affiliated with the Miyauchi & Yamaguchi Lab and has been a Student Ambassador since July 2019.

Recently, Cody was one of three lab members to visit SPring-8, the world's largest third-generation synchrotron radiation facility located in Hyogo Prefecture. The cutting-edge equipment was reserved for Cody and other visitors for 48 hours thanks to a collaborative relationship with Professor Hideki Abe from the National Institute for Materials Science. Cody and others were required to pass rigorous radiation worker training sessions before being allowed into the facility.

At SPring-8, the aim was to conduct hard-XPS measurements which provide the users with information on elements and chemical states of their samples. It was a tough task as the equipment operated non-stop for two days, forcing participants to taking turns eating, sleeping, and collecting accurate information on their samples. Cody is now looking forward to utilizing the collecting data in future research papers.

Learn more details about Cody's adventures from his blog article A Research Trip to SPring-8 and his profile page. 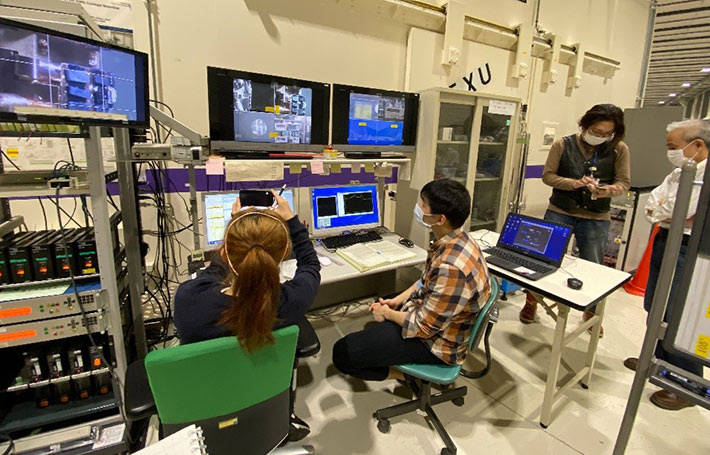 Cody (seated on right) at SPring-8, surrounded by computers for 48 hours

At a June 2 kickoff ceremony held at Hisao & Hiroko Taki Plaza on Ookayama Campus, Executive Vice President for Education Tetsuya Mizumoto appointed 15 students as Student Ambassadors for academic year 2021. This second cohort of ambassadors includes ten newcomers and five students continuing with their roles from the previous year. In addition to writing regular blogs, these Student Ambassadors are encouraged to plan and propose other activities that spread the word about life at Tokyo Tech. 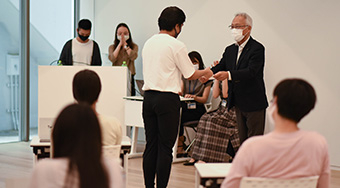 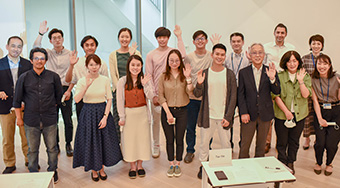