The Tokyo Tech-MIT Japan Language Exchange Program was organized for the second time from July to August 2021, with 22 students each from both MIT Japan and Tokyo Tech participating. For some time, Tokyo Tech and MIT Japan have been conducting exchange programs such as the Tatara Steel Making Workshop in Japan. 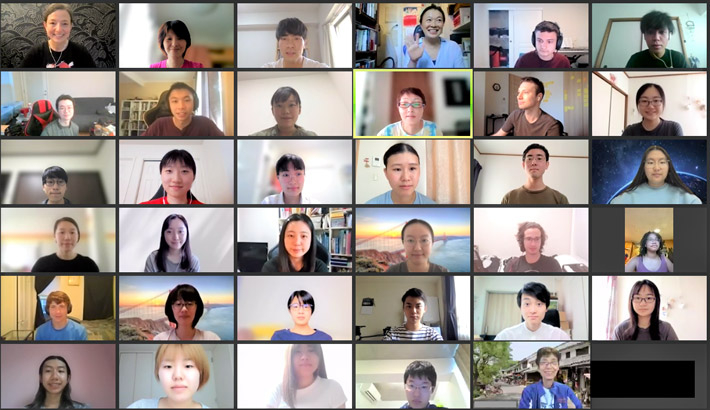 The language exchange program was conducted in a virtual environment for the second straight year due to mobility restrictions caused by COVID-19. This year, the number of applicants at Tokyo Tech exceeded the limit in just one day after calls for participation began, perhaps due to the positive feedback from last year's participants. There were several repeaters from both universities who joined both last year's and this year's program.

In this virtual language exchange program, students from Tokyo Tech and MIT Japan were randomly matched, and 22 groups were created. The objectives were to 1) develop communication skills in a second language, that being either English or Japanese, and 2) understand different cultures and ideas, and broaden perspectives through language exchange.

After language exchange sessions, each group created a short movie about what they had learned about their partners' countries. Each group selected various topics such as differences in school life, university systems, cooking, recommended travel plans, dialects, sports, movies, music, linguistics, and traditional games. As the student movies were created freely without any instruction, each group produced unique and interesting output using diverse techniques in recording and movie editing.

On August 26, one month after the individual language exchange sessions, participants again gathered online for the final session. A movie digest compiling all of the movies by the 22 groups were shown, and each participant made a short comment in their second language. After voting, three prize-winning groups were selected. The winning themes were 1) expressions in Japanese and English, 2) cultural dishes 3) differences between games in Japan and the US. 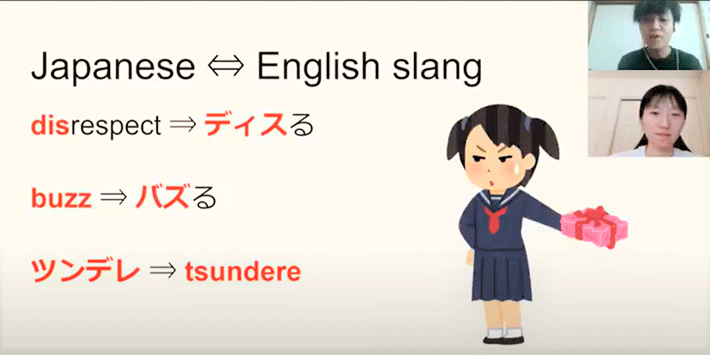 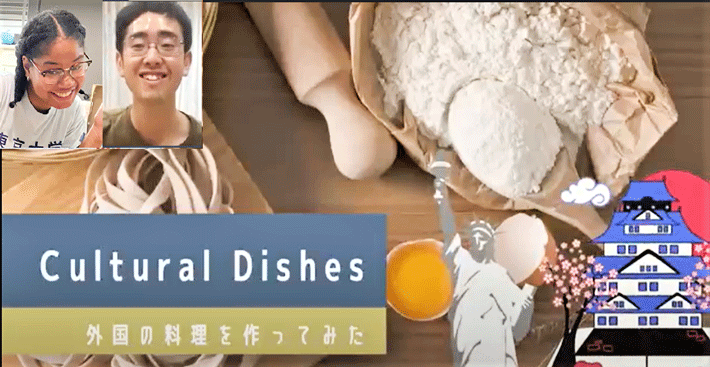 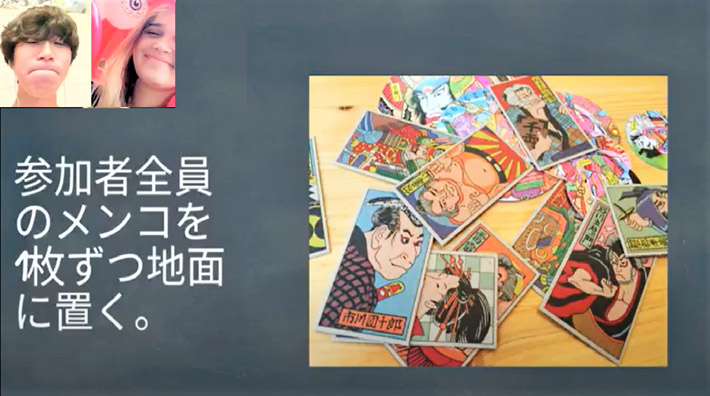 Discussing various differences between games in Japan and US

Comments from voters included the following:

At the end of the session, a certificate of completion was provided to each participant, along with some generous gifts from MIT Japan. 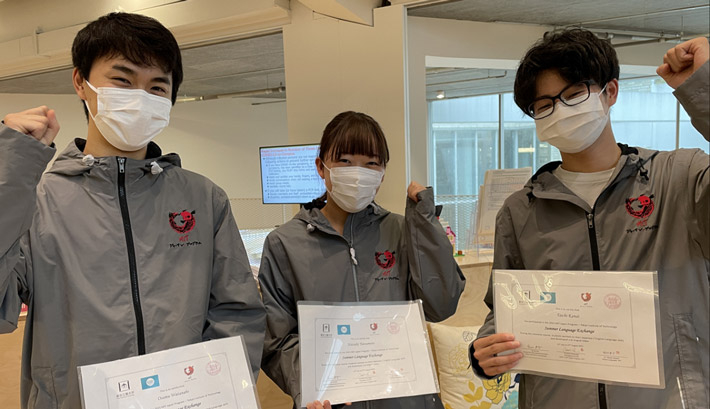 Certificates and gifts from MIT Japan

According to the feedback from participants, all students would recommend this activity to their friends. It was a good opportunity for them to learn from each other through an equal balance of "teach and learn." Even after the completion of the program, students from MIT and Tokyo Tech may meet online regularly and conduct language exchange. Many students commented that they enjoyed meeting new friends from other countries and exchanging ideas about the same topics in Japan and the US while practicing communication skills in a second language.