A research team*1, led by Professor Saburo Matunaga of the Department of Mechanical Engineering, School of Engineering, Tokyo Institute of Technology (Tokyo Tech), developed a 50 kg class technology demonstration microsatellite called HIBARI that denotes "skylark" in English. The purpose of this satellite is the on-orbit demonstration of Variable Shape Attitude Control (VSAC) technology where attitude and orbit are controlled using a variable structure, and the satellite adjusts the attitude via the recoil from the movement of the four movable solar cell paddles. By deploying and retracting the paddles, atmospheric drag can be adjusted and used for orbit control.

HIBARI was selected as a demonstration theme for Japan Aerospace Exploration Agency (JAXA)'s Innovative Satellite Technology Demonstration (ISTD)-2*2, and it will be launched on Epsilon-5 sometime after November 2021 from the Uchinoura Space Center. The satellite will be launched into a sun-synchronous orbit[1] at 9:30 Local Sun time at Descending Node with a perigee altitude of 547 km and apogee altitude of 565 km for demonstrating VSAC technology in space. It is also equipped with a small camera as an observation device for checking paddle operation, an optical telescope for precise attitude guidance, and an ultraviolet camera developed jointly with ABLIC Inc. The HIBARI mission is planned to include the photographing of ultraviolet radiation from the auroras over the North and South Poles, and observing the interaction site between the earth's magnetosphere and charged particles.

One of HIBARI's main exterior features is its system of four motor-driven, movable solar cell paddles for realizing VSAC. When driven properly, the recoil from the paddle movement can be used to quickly and efficiently control movements such as rotation and stopping to orient the satellite's attitude in any direction. HIBARI's high-precision and stable directional control is possible with the collaborative use of a reaction wheel (RW). In addition, since atmospheric drag changes when the four paddles are opened and closed, orbit control (descent) can be achieved without a thruster (propulsion device). By implementing variable shape functionality to the satellite itself and controlling it in this way, it becomes possible to control both the attitude motion and the translational motion, which are impossible to perform using a single conventional actuator, with high efficiency and without any propellant. For VSAC testing, a small camera will be used to capture the open/closed status of the paddles on orbit, and a precision attitude guidance control test will be conducted in collaboration with a star tracker[2] and an optical telescope.

HIBARI is also equipped with UVCAM, an ultraviolet camera that was developed in collaboration with ABLIC Inc. Ultraviolet light, which are known to cause sunburn, are difficult to observe on earth since most are blocked by the ozone layer, etc., making it an unexplored wavelength band in the field of astronomy. In this research, line emission[3] from the upper atmosphere and ultraviolet rays from the auroras over high latitude areas will be measured from outer space at an altitude of 550 to 565 km as a basic experiment for ultraviolet astronomical observation.

Next, a successor experiment of the 3-axis earth sensor DLAS[4] using relative attitude estimation[5] based on continuous earth imaging and AI-based image identification, which was demonstrated by ISTD-1, will be conducted as 3-axis attitude determination test[6] using earth images. Then, a demonstration experiment will be conducted for real-time communication with the ground using the installed Globalstar transmitter STINGR[7]. Also, HIBARI's mounted bus equipment[8] was developed in compliance with the CubeSat standard as a microsatellite standard bus. After the separation in orbit, the satellite will automatically start the sun-acquisition operation to generate sufficient electric power. And the operation team led by Mr. Watanabe, a PhD candidate, will check out the satellite system. Then they will move on to the steady state operation in which the various missions including the feasibility as a bus equipment for microsatellites will be conducted. 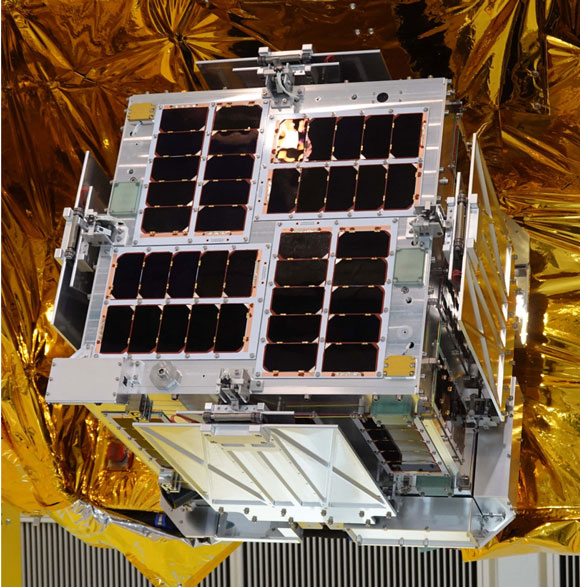 Figure 1. Appearance of the HIBARI satellite

Since "microsatellites" that weigh 100 kg or less can be developed quickly and at low cost, they are commonly used for space business. A research team headed by Professor Saburo Matunaga proposed a "research and development center for smart space devices and systems for the creation of new space industries" as part of the Space Cooperation Base Formation Program of the FY2018 MEXT Space Science and Technology Promotion Consignment Fund. To place Tokyo Tech as a center for space development for industry-academia collaboration, they have been actively promoting industry-academia collaboration in space by providing various information to industries from perspectives including basic technology for space development and overseas business trends.

This research is one of the projects created from this base formation project, and was established as a way to achieve more accurate observations with high efficiency in the remote sensing business. To accurately observe ground targets, the ability to quickly change attitude and achieve attitude stability for clear photos is essential. Since small satellites have a small moment of inertia, quick attitude adjustments are easy, but it is difficult, in principle, to maintain stability, and various studies have been conducted on this. To resolve such issues, this research group devised a unique satellite attitude control method called VSAC that utilizes the recoil from satellite structure deformation. In addition to realizing high-speed attitude adjustments with high efficiency, research and development has been conducted to achieve highly stable attitude-oriented control.

Tokyo Tech had already been developing satellites on its own. However, HIBARI is the result of the cooperation based on the "research and development center for smart space devices and systems for the creation of new space industries (smart space base)." The industry-academia collaboration with ABLIC Inc., who was in charge of developing UVCAM, is one of the collaborations resulting from this. 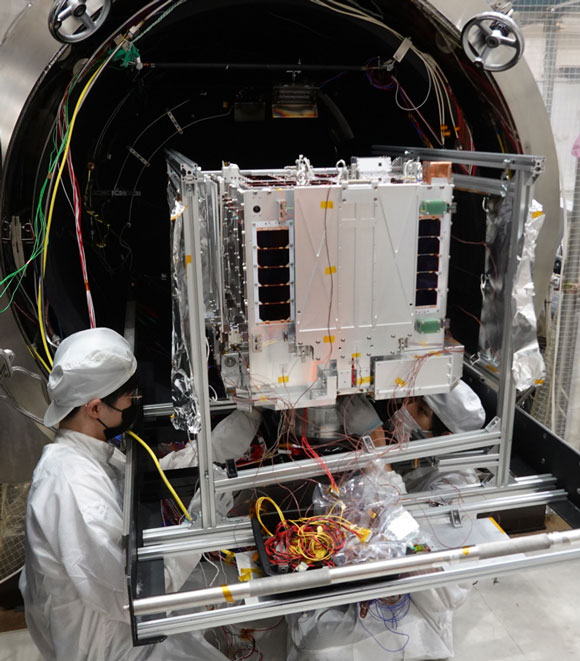 HIBARI is scheduled to be launched aboard Epsilon-5 from the JAXA Uchinoura Space Center sometime after November, 2021. After the satellite separates from the rocket, it enters the critical phase[9] of operation until the solar array paddles are deployed. Next, system soundness is confirmed. Then, attitude control tests, attitude determination tests using earth images, and ultraviolet astronomical observations will begin in turn. The mission is expected to last for one year. 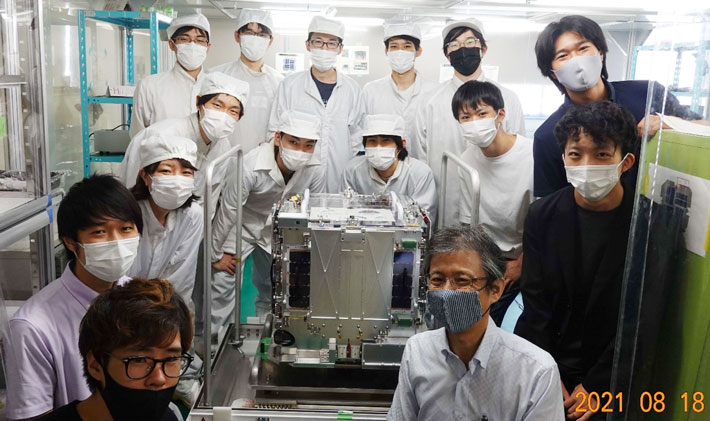 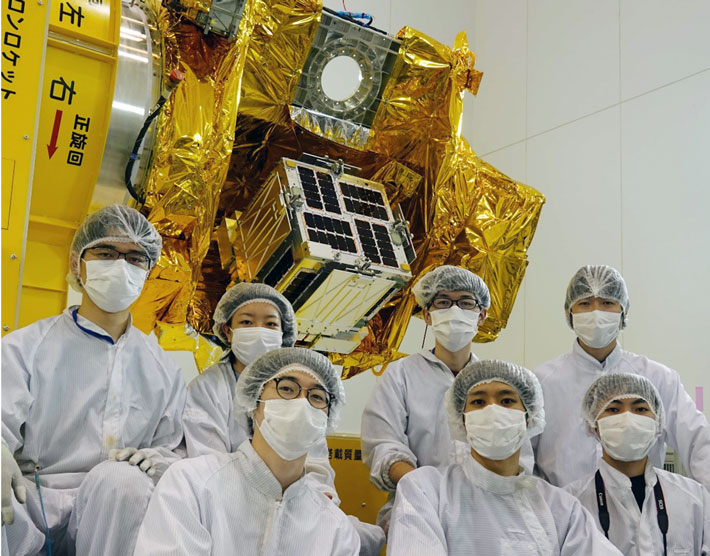 Figure 5. Commemorative photo after HIBARI was delivered to the JAXA Uchinoura Space Center

[1] Sun-synchronous orbit : Orbit where the positional relationship between the satellite and the sun is always the same.

[3] Line emission : Electromagnetic wave radiation that occurs when energy within an atom or molecule transitions and is emitted at a specific wavelength based on the type and state of the substance. Examining the wavelength and intensity makes it possible to know what substances exist, and in what state.

[4] 3-axis earth sensor DLAS : DLAS (Deep Learning Attitude Sensor) is a satellite-mounted experimental device developed by Tokyo Tech consisting of a small star tracker and an earth camera. It was installed on JAXA's Innovative Satellite Technology Demonstration-1 launched in 2019. The earth camera is used to identify the shapes of land features seen through clouds in real time using Tokyo Tech's own AI, and the orientation of the satellite is then estimated by comparing this with the preinstalled map data. By the end of its operation in 2020, about 4,000 satellite images had been taken, and it was the first successful demonstration of satellite orbit, real-time image recognition using deep learning and 3-axis attitude estimation. DLAS Project (Japanese)

[5] Relative attitude estimation : Technology for estimating the relative attitude data of a unit based on "absolute attitude" (the attitude determined using the earth images and map data described above) and the attitude angle velocity obtained by determining the amount of continuous change of clouds, mountains, etc. in multiple images taken continuously from its orbit.

[6] 3-axis attitude determination test : Test for determining the three-dimensional attitude of an artificial satellite or spacecraft. With HIBARI, the attitude is determined using map data, such as coastlines, against image identification of earth images taken from its orbit around the earth.

[7] Globalstar transmitter STINGR : Wireless transmitter using the satellite communication network provided by Globalstar in the United States. It was originally a wireless device created for monitoring construction machinery, etc., on the ground (M2M). Since it is capable of covering over 90% of the earth, it can also be used for monitoring satellite conditions and sudden astronomical phenomenon.

[9] Critical phase : An operational phase that starts when a launched artificial satellite or spacecraft separates from a rocket, and is the most important and dangerous time for a satellite. Communications are secured and initially confirmed, folded solar array paddles are deployed, power supply is secured (confirmation of power generation), attitude is stabilized, and other necessary procedures are followed, either autonomously or remotely.

Further Information
About the ultraviolet camera

*
This article was updated on November 9.