The Tokyo Tech Indonesian Commitment Award (TICA) 2021, a scientific paper competition event for Indonesian undergraduate students hosted by the Indonesian Students Association at Tokyo Institute of Technology (PPI Tokodai), culminated in its Grand Seminar on December 12, 2021. Supported by Tokyo Tech and the Embassy of the Republic of Indonesia in Tokyo, TICA 2021 aimed to promote the advancement of Indonesian research and innovation through many forms, one of them being the connection of Indonesian students and top-level researchers in Tokyo Tech and Japan.

In light of recent challenges, TICA 2021 promoted Impactful Science towards Sustainable Development Goals as the overarching theme. The ongoing COVID-19 pandemic has become a stark example of the need for scientific endeavors that have a path towards real-world use and can be widely implemented in society. The Indonesian Students Association at Tokyo Tech believes that Indonesian researchers will play a key role and work together with nations such as Japan in addressing the shared global challenges of the future through impactful science, and TICA aims to support and inspire present Indonesian students on this path. 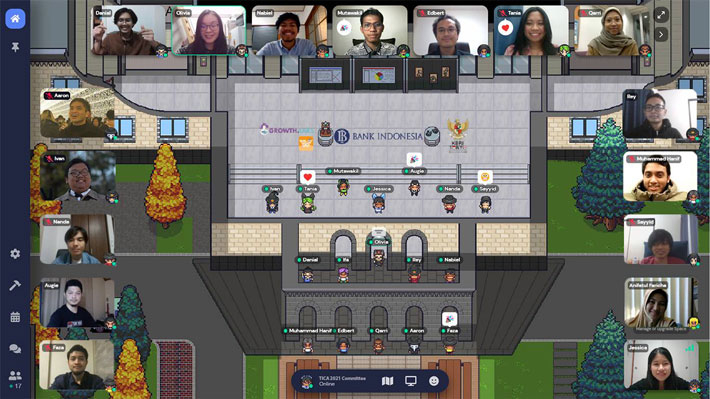 The competition began on September 4 through an opening ceremony with remarks from the Indonesian Students Association of Japan and the Kanto region, and from the Educational Attaché Yusli Wardiatno of the Indonesian Embassy. Academic papers submitted at this stage would go through several phases of review and selection until 10 finalists remained.

The remaining 10 teams were given a chance to present at a virtual conference on December 11 to a board of judges featuring Tokyo Tech faculty members and alumni. In addition to the competition, multiple other events were held to supplement the overarching theme between September and December. On October 16, there was a seminar on academic writing delivered by Muhammad Aziz, an associate professor at the University of Tokyo. A week later, an open lecture session on Research and the Sustainable Development Goals (SDGs) was held by popular Indonesian science communicator Abdul Halim and Tokyo Tech Assistant Professor Ambara Pradipta.

Tokyo Tech virtual lab tours were also held on November 20. In the past, winners of the competition were given a fully-funded trip to Japan to experience directly cutting-edge research in various labs at Tokyo Tech. This year, participants were given the chance to explore a virtual re-creation of Tokyo Tech and its labs. In each lab, Tokyo Tech students and alumni from Indonesia introduced their research topics to the participants. Despite the pandemic, TICA was able to introduce Tokyo Tech and its research to Indonesian students and reach an even wider audience than at in-person events. 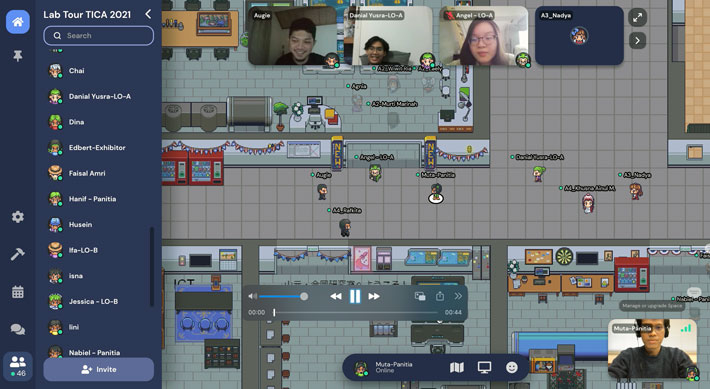 The main event — the virtual Grand Seminar — was held on December 12 to close TICA 2021. After an introduction from the chairman of PPI Tokodai, Tokyo Tech President Kazuya Masu of and the Ambassador of the Republic of Indonesia to Japan and the Federation of Micronesia, Heri Akhmadi, welcomed the participants with opening speeches. Masu talked about the close bilateral ties between Indonesia and Japan, while Heri stressed the importance of international collaboration in achieving the SDGs.

The first session of the Grand Seminar was a lecture by Tokyo Tech Professor Taro Hitosugi on the topic of Real Life Innovation based on Formal Research. Hitosugi highlighted his research on solid-state batteries and his breakthroughs in automated research aided by modern machine learning technology.

The second session was a panel discussion on Converting Research into Practice conducted in the Bahasa Indonesia language. The speakers, the Indonesian Ministry of Education, Culture, Research and Technology program coordinator Achmad Adhitya, the Indonesian nanotech entrepreneur Radyum Ikono, and Bandung Institute of Technology Professor Sigit Puji Santosa, represented the necessary pillars of government, industry, and academia in the triple helix model of innovation.

The event concluded with an awards ceremony for the winners of the academic paper competition. The awardees, who are listed below, were treated to a procession made possible by re-creating a virtual version of Tokyo Tech's 70th Anniversary Auditorium.

With the help of the Institute, the Embassy of Indonesia in Japan, the sponsors, and various organizations and collaborators, TICA 2021 was an impactful event that reached many Indonesian students and the general public.