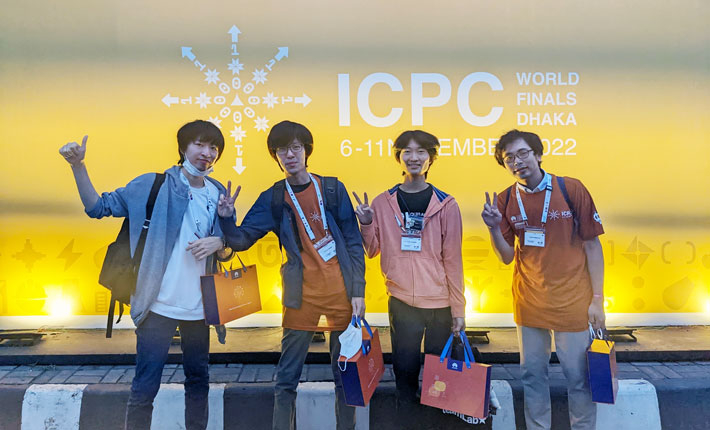 NOTE: Affiliations accurate as of March 16 to 17, 2021 when team participated in ICPC 2020 Asian Yokohama Regionals and earned spot in World Finals. 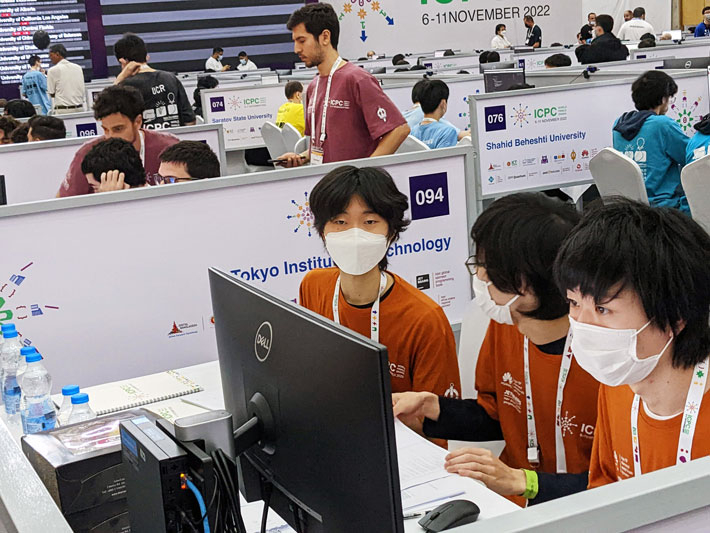 We finished third at the ICPC 2020 Asia Yokohama Regionals in March 2021, and as a result, we thought we would not be going to the World Finals. However, in mid-October 2022, we were informed that we could join as a wild card team, so we rushed to prepare our passports, visas, flight tickets,* and materials to be used at the competition. We also managed to squeeze in a few in-person practice sessions before the contest.

At the ICPC Challenge, Matsuura worked on execution while Yoshida and I worked together to come up with a strategy. I think we all fit into our roles well, and we were able to take third place as a result. To be honest, we did not expect to win the prize, so we were pleased to leave our mark.

In the finals, we demonstrated our skills by solving eight problems, but because we only managed two in the first half of the contest, we were disadvantaged in the tie-breaker. We tied for 13th place, falling short of the bronze medal. This is the highest ranking ever for Tokyo Tech in the World Finals, so I think we did well enough. We hope to make the most of our accumulated experience and win a medal at the next contest. 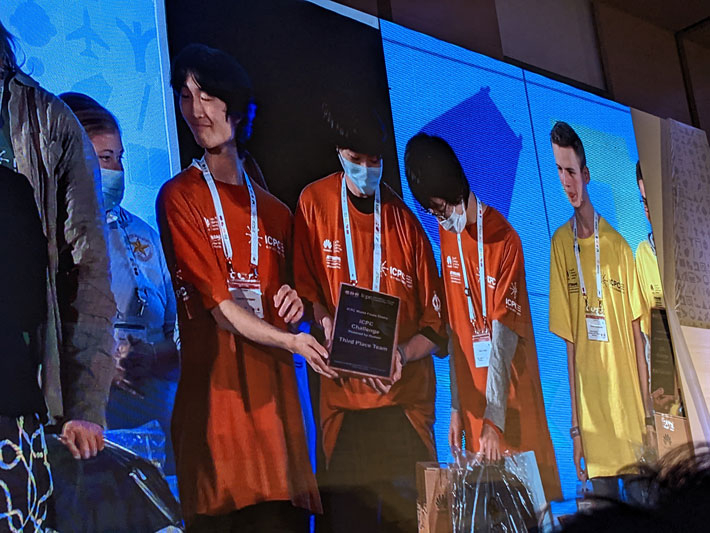 The International Collegiate Programming Contest is a global programming contest for university students. It is sponsored by the ICPC Foundation. In the contest, three members from each university compete by solving a variety of problems, which can include anything from simple calculations to problems requiring a combination of multiple algorithms. Only one computer is available for each team, highlighting the importance of effective teamwork over individual programming skills. The team that solves the most problems in the fewest attempts in the least amount of time is the winner.

University teams first participate in national qualifying rounds, and can then advance to regional competitions based on their performance. In cases of Japanese teams, this means joining the Asian regional competition. Only the best teams in the regionals are selected to join the World Finals, which can only include one team from each university.

This year, over 50,000 students representing over 3,000 universities in 111 countries and regions competed in the qualifying rounds.

Information on School of Computing inaugurated in April 2016