Members of the Tokyo Institute of Technology Orchestra have launched a crowdfunding campaign to celebrate their 100-year anniversary in 2025 and ensure a brighter future for the official student club.

Founded in 1925, the Tokyo Tech Orchestra is one of the oldest orchestras in Japan. When circumstances allow it, its members perform at annual spring and winter concerts, participate in the Shiga Kogen college concert in the summer season, perform at the yearly Tokyo Tech Festival, and play at elementary schools located near Tokyo Tech campuses. Each instrument section also performs ensembles throughout the year. While most members are first, second, or third-year bachelor’s program students at Tokyo Tech, the orchestra also welcomes students from other universities. The orchestra currently consists of approximately 80 members. 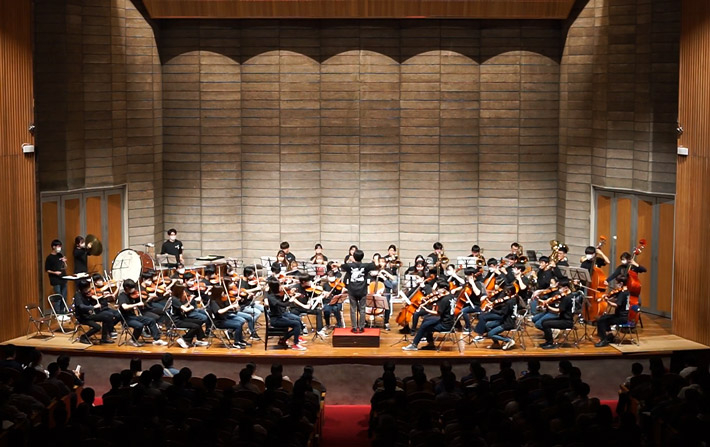 As the Tokyo Tech Orchestra approaches its 100th anniversary, particularly the Institute's large instruments have aged and require repair or full renewal. This growing need for updated instruments prompted students to launch the current crowdfunding campaign.

The campaign runs until mid-February 2022. Visit the campaign website now to support the Tokyo Tech Orchestra.

Tokyo Tech Orchestra: Celebrating together our 100-year anniversary and a bright future!｜READYFOR (Japanese)