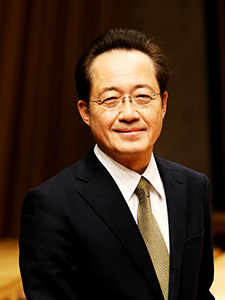 Kazuya Masu has served as the 22nd president of Tokyo Tech since April 1, 2018. His flexible, dialogue-based leadership has guided the Institute during a time of important transformation, uniting Tokyo Tech's diverse research centers, laboratories, and units into one integrated hub. Together with his profound understanding of Tokyo Tech, Masu's ability to inspire and manage change through collaborative teamwork continues to propel the Institute toward the achievement of a shared vision.

A specialist in electronic devices, integrated circuits, and wireless sensor networks, Masu earned his bachelor's, master's, and doctoral degrees in engineering from Tokyo Tech in 1977, 1979, and 1982 respectively. In April 1982, he took an assistant professor position at the Research Institute of Electrical Communication at Tohoku University, where he became associate professor in 1993.

In June 2000, Masu returned to Tokyo Tech as professor at the Precision and Intelligence Laboratory. He subsequently held professorial positions at the Integrated Research Institute from 2005 to 2010, the Solutions Research Laboratory from 2010 to 2014, and the Frontier Research Center from 2014 to 2016. For the two years prior to his inauguration, Masu served as the first director-general of the Institute of Innovative Research.

The president spends his free time snowboarding the powdery mountains of Japan.