Analyses and simulations have shown that interconnect shielding can replace a large fraction of the delay buffers used to achieve timing goals through a useful skew clock design methodology. Immunity from process, operation, and environmental variations in nanoscale CMOS technology clock designs are essential, thus making predictable delays and useful skews highly important. We examine interconnect shielding intra die within-die (WID) and inter die die-to-die (D2D) variations under a wide variety of (P,V,T) corners, and show their applicability and ability to achieve clock design timing goals. The analysis is based on post-silicon measurements of a novel shielded interconnect ring oscillator in a 16-nm test chip supported by a rigorous provable estimation methodology. 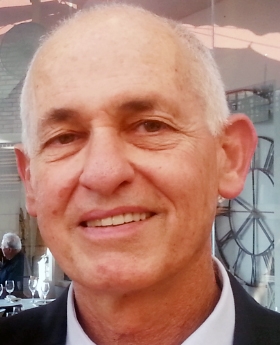 Shmuel Wimer is a Professor Emeritus with the Engineering Faculty of Bar-Ilan University, Israel. He received his B.Sc. and M.Sc. degrees in Mathematics from Tel-Aviv University, Israel, in 1978 and 1981, respectively, and his D.Sc. degree in Electrical Engineering from the Technion-Israel Institute of Technology, Israel, in 1988. From 1978 to 2009 he held R&D, engineering and managerial positions in industry. From 1999 to 2009 he was with Intel, and prior to that with IBM, National Semiconductor, and the IAI-Israel Aerospace Industry. Since 2009 he is with Bar-Ilan University. His interests are in VLSI circuits and systems design optimization and combinatorial optimization.