We are happy to announce that we are inviting Scott Sugino, an international lawyer based in Los Angeles and Tokyo, to speak as our guest for the 4th Global Leadership Cafe online lecture series on Tuesday, August 2, 2022. Scott, a fourth-generation Japanese American, grew up in Southern California and took his first Japanese class as a freshman at Harvard. Following his college graduation, he received a scholarship from the Japanese Ministry of Education to study at Hitotsubashi University where he earned a master's degree in economics.

Scott later earned his law degree from the University of Chicago Law School and has spent his career working between Japan and the United States, representing technology companies and technology-focused investors in their global business activities. He will tell his story of learning to embrace being a beginner as the first step to accomplishing his life and professional goals. From learning Japanese as a college student to leading high profile cross-border M&A transactions, Scott will share the importance of embracing a beginner mindset, persevering through challenges, and developing new skills to finding success in our ever-changing world.

Tokyo Tech students, faculty or staff, and the general public

Register from the Google Forms below. 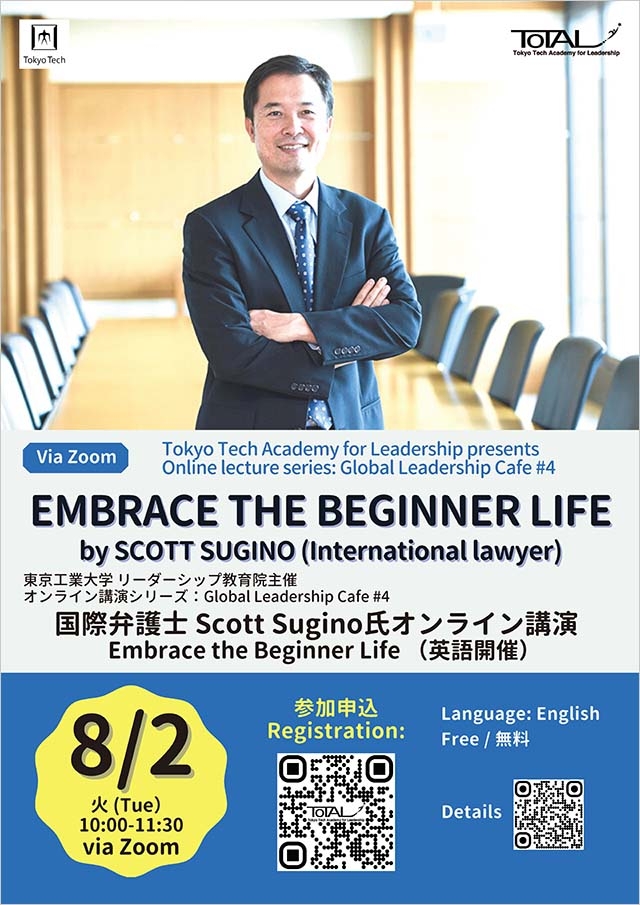 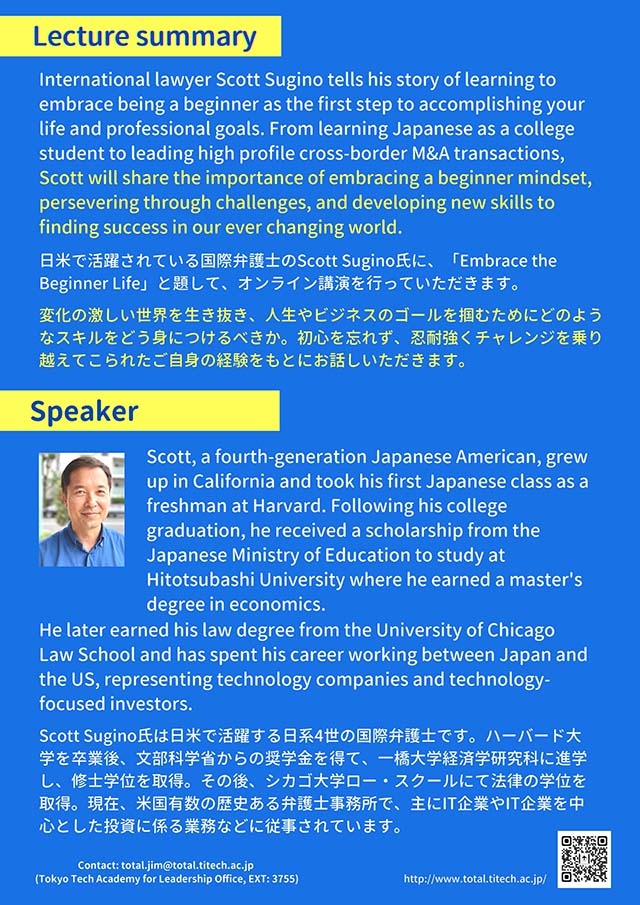