Students participating in the TKT CAMPUS Asia Summer Program 2015 were again given the opportunity to join academic tours on August 3, 4, and 10.

Tours to the following sites were conducted:

This year, CAMPUS Asia students and their Tokyo Tech tutors were accompanied on the tours by students who previously studied at KAIST or Tsinghua University, and students from other exchange programs, including the Tokyo Institute of Technology International Research Opportunities Program (TiROP), the Asia-Oceania Top University League in Engineering (AOTULE

RIKEN is Japan's largest comprehensive research institution with branches throughout the country. The branch located in Wako, Saitama is about a 90-minute bus ride from Tokyo Tech. After watching a DVD overview of RIKEN, students visited the Nishina Center for Accelerator-Based Science and the Nanoscience Joint Laboratory. The group also had an opportunity to have Dr. Shinichiro Nakamura, head of Nakamura Laboratory in RIKEN Innovation Center, introduce his research. 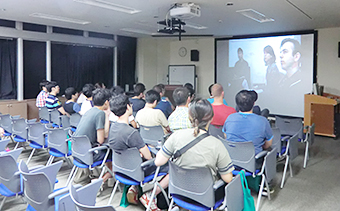 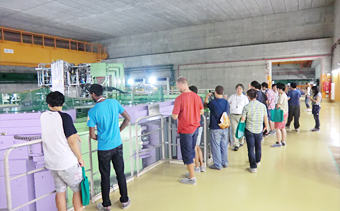 SONY Square is a special showroom that is closed to the general public. The various novel and convenient SONY products displayed reminded visitors why the SONY brand has achieved such a high level of global recognition. Students showed keen interest in the latest offerings in cameras and cell phones, as well as in cutting-edge virtual reality gaming products.

The underground discharge channel, located in the eastern area of Saitama Prefecture, is the world's largest underground flood water diversion facility. Students were able to walk inside the gigantic surge tank referred to as the "Underground Temple," which has been used as a set in movies and television shows. A total of 29 students participated in the tour despite the early morning departure from Tokyo Tech. 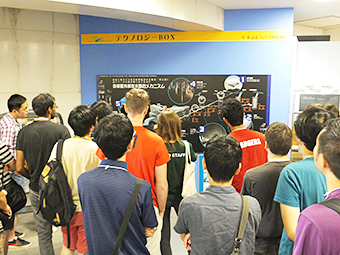 Learning the mechanism of the facility 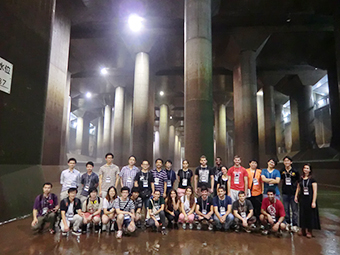 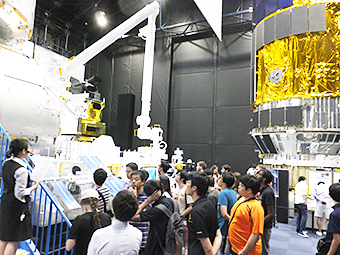 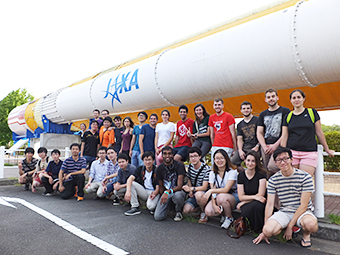 Academic tours conducted as part of the CAMPUS Asia Summer Program every year offer international students opportunities to participate in specially-arranged visits to facilities and research institutions. The 2015 tours were also valuable in bringing together international and Tokyo Tech students for shared experiences outside the labs and lecture halls.