Approximately 40 faculty members from Tokyo Tech led by President Yoshinao Mishima and 63 members from Uppsala led by Vice-Chancellor Eva Åkesson attended the symposium. Also in attendance were Yuriko Kawakubo, deputy director of the Japan Society for the Promotion of Science (JSPS) Stockholm Office, and Jun Yamazaki, Ambassador of Japan to Sweden. 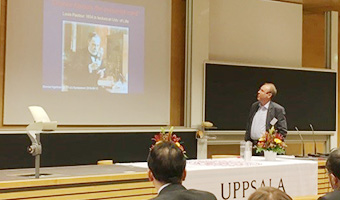 The symposium opened with a welcome address by Vice-Chancellor Åkesson, through which she described her expectations for enhanced cooperation and interaction between the two universities. President Mishima introduced Tokyo Tech's recent reforms in education, research, and governance. Deputy Director Kawakubo introduced JSPS's activities and programs to promote collaborative research. Uppsala Dean of Research Kristina Edström discussed current Swedish research policy and infrastructure trends at Uppsala. The opening session ended with Uppsala Professor Gunnar Ingelman giving a speech on the importance of institutions preparing for breakthroughs in basic scientific research. 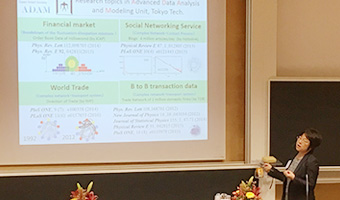 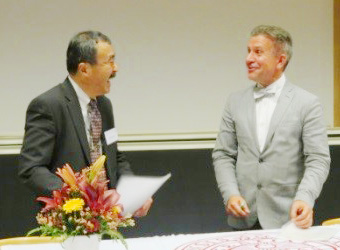 The wrap-up session served as an overall meeting for discussion and summary by representatives of each sub-committee. An agreement was reached on the importance of securing funds for continued activities. At the closing, Tokyo Tech Executive Vice President for Research Makoto Ando summarized the work of each sub-committee and emphasized the expectations for new ideas born from interaction among researchers from both universities. Vice-Rector for Science and Technology Johan Tysk noted that the relationship between the two universities had evolved from the initial phase of mutual understanding to that of specific cooperation.

After the first day of the symposium, JSPS hosted a reception at Linneaus Garden. On the second day, Uppsala University hosted the farewell party. 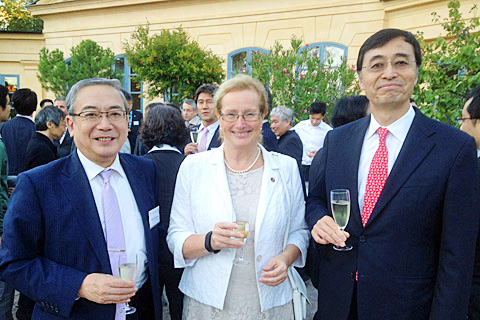 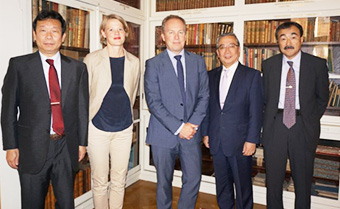 After the symposium, President Mishima, Executive Vice President Ando, and Tokyo Tech Vice President Hidetoshi Sekiguchi paid a courtesy visit to the Royal Swedish Academy of Sciences (KVA) and the Royal Swedish Academy of Engineering Sciences (IVA). They met with KVA President Christina Moberg, who spoke with them about KVA's activities. They also toured facilities of KVA, such as the session hall where the announcements for the Nobel Prizes in Chemistry, Physics, and Economic Sciences are performed. At IVA, they met Executive Vice President and Secretary to the Academy Johan Weigelt, who briefed them on IVA's activities.